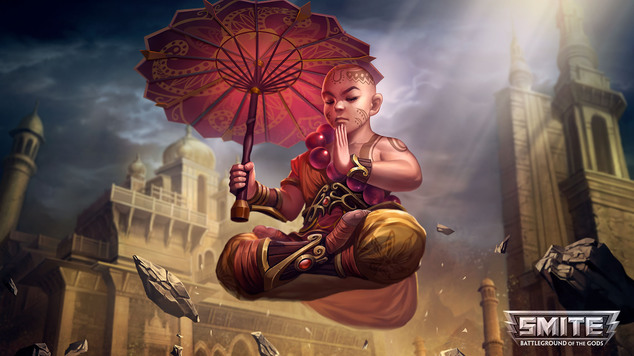 SMITE: Best 5 Gods For Beginners
Struggling to know which SMITE God you should choose as a beginner? Here's our best 5.

SMITE has dozens of Gods and it can be difficult to know where to start. They all have individual roles, they all play vastly different and some are inherantly easier than others. I've tried to pull together a list here that covers a variety of God types but ones that are also flexible, fun and easy to play. What's also apparent on all of these Gods is that none of them are really out of the Meta, they aren't all at the top of it either. This makes them a safe pick that will fit into most compositions.

As far as Hunters go, there are few that are as simple to understand as Cupid (perhaps Artemis is the simplest). However, why I placed Cupid above Artemis is the fact he has a reliable escape (Flutter) as well as personal sustain (Share the Love). It might not sound much, but having these two things ensures any beginner can comfortably keep themselves alive without little thought. While you still have to position yourself as Cupid, he's a little more forgiving than some of the others. In addition, his Ultimate ability offers a generous sized telegraph that's difficult to miss with.

If you are interested in playing a Mage then Ra is a great place to start. The Egyptian God has a powerful kit that are mainly skill-shots. You may think that suggesting a God that uses skill shots would be bad for a new player, but Ra’s skill shots are great for learning because they affect a large area: kind of like teaching someone how to shoot with rockets before moving on to sniper rifles.

Although Ra isn't considered the very best Mage in the meta (he's still a very good mid-laner) he's a very safe pick. His Divine Light and Solar Blessing are easy to aim and have a large radius, while Celestial Beam is easy to release and relatively hard to miss with. His kit also provides some healing: valuable utility for your team.

A very popular God amongst beginners and veterans alike, Ymir is great because he is easy to learn and relatively hard to master. His kit is fairly forgiving and has a variety of skills that offer utility and valuable zoning potential. His telegraphs are also large, ensuring that hitting a target is relatively easy. The fact his skills slow enemies also ensures that you can keep up with them, while making it particularly easy to hit them. His Glacial Strike

Without doubt Vulcan has an incredibly easy kit. A basic attack which sends a ranged projectile, an automated turret, and two knockbacks. The only complexity to Vulcan comes from landing your telegraphs, which are still fairly generous. Simply put, Vulcan is all about easy lane control through the use of Inferno Cannon (which is automated) or poke with Magma Bomb (which offers damage and a knockback). Besides being drastically out of position, it's hard to be bad with Vulcan simply because he has so many options for zoning enemies. Best of all, even his Ultimate ability is incredibly generous as it has a huge telegraph.

Probably the easiest Warrior to play, Vamana is straight forward to understand and his skills are hard to fail with. I will forewarn however:  he isn't super popular but he isn't a poor Warrior either. He has some valuable crowd control, relatively good utility and he's also pretty fun to play. His Clear the Path is easy to use and hard to miss with, it's also a valuable escape should you need it. Armored Umbrella also provides a forgivable AOE clear. His remaining skills, Umbrellarang and Colossal Fury are also straight forward - the former a targetted shot that fires straight forward and the latter simply increasing the size and strength of Vamana.