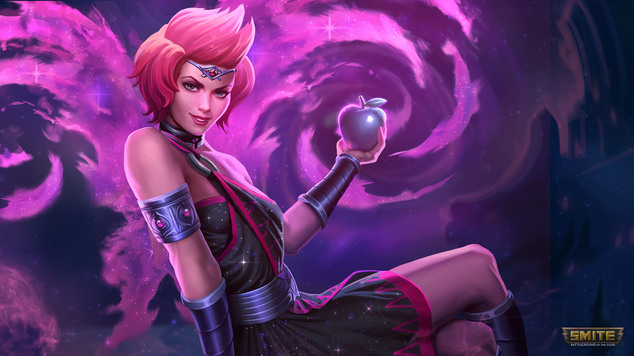 SMITE: Best 5 Mid Laners
In this article we pull together a list of the best five mid laners in SMITE.

Our ever popular SMITE Tier List ranks each God in a Tier that we consider to be "the best",  its detail is intentionally limited: we want you to be able to quickly view the list and see where Gods are placed. When creating this list, we took into consideration key attributes a strong mid laner needs:

This article will, upon every change to our Tier List, reflect the best 5 mid laners in Conquest.

Agni has never really been a poor mid laner, and while he might have fallen down the pecking order from time to time, he’s undoubtedly a safe and solid choice. With solid poke, and a particularly aggressive playstyle, Angi can bully mid lane fairly easily. Although he lacks the pure mobility of Janus to rotate lanes near instantly, he more than makes up for this when he reaches level 5. It’s at this point that he can often turn up the heat on his opponent, and is able to kill most opposition with ease at incredible speed.

Purely because of his ability to rotate lanes so quickly, while having a significant amount of wave clear, Poseidon is undoubtedly strong this Season. Similarly to Agni, Poseidon has never been poor. However, he has fallen out of favor several times as a result of both Raijin and Janus rising in popularity.

Despite this, the welcome addition of some key items (such as Mage’s Blessing and Doom Orb) ensures he can control and push the mid lane with relative ease. Although Poseidon takes a little bit of practice when it comes to mastering his combo’s, and making use of his movement speed, he’s undoubtedly a solid pick.

Since his release, Raijin has always been an incredibly strong mage. With high damage, excellent clear and solid utility, there’s little wonder he has been such a staple. Despite changes to his kit, there’s no doubting he’s still a potent mid laner. Having already faced off against him multiple times this Season, it’s fair to say he can still pack a punch and hold his own.

Rarely has Janus been out of the meta, and there’s no stopping him this Season. With a larger map, his global ability has greater emphasis than it ever has before. Not only that, but the Doom Orb (as noted for Poseidon) aids with his rotations. While I’ve only seen one Janus so far this Season in the matches I’ve played, there’s no mistaking that he’s a powerful God in the right hands, especially when everyone learns the placements of his portals and how best to maximize their value. If he's fed early game, or takes strong control of mid lane, there's little to stop him.

Although Discordia doesn’t have the strongest clear, she does have solid means of poke and if she uses her Strife and Erratic Behaviour correctly, she can punish her opposition fairly easily. She might take a little practice, and isn’t quite as potent as Janus straight out of the gates, she performs exceptionally well through the mid to late game. In the right hands, she can burst down enemies incredibly quickly.