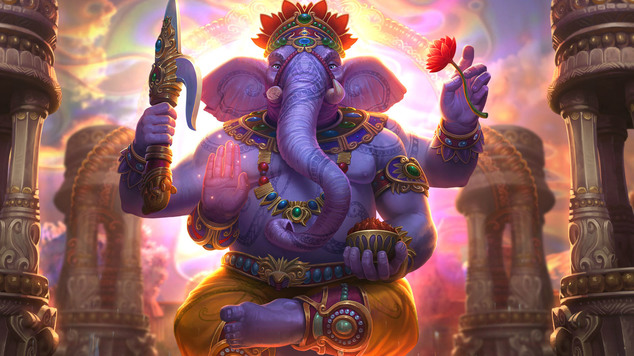 SMITE: Best 5 Supports
In this article we pull together a list of the best five supports in SMITE.

Our ever popular SMITE Tier List ranks each God in a Tier that we consider to be "the best",  its detail is intentionally limited: we want you to be able to quickly view the list and see where Gods are placed. When creating this list, we took into consideration key attributes a strong solo laner needs:

This article will, upon every change to our Tier List, reflect the best 5 solo laners in Conquest.

Athena has been a top rated Guardian for a long time and it’s not entirely surprising. Although I much prefer the playstyle of Fafnir or Kumbhakarna, it’s unquestionable that she’s a high value God. Her Passive ability, Reach, allows her to throw a ranged attack after using an ability - providing her with some much needed poke during a team fight. In addition, although she has utility it’s her taunt that makes her so strong. Confound allows her to force enemy Gods to attack her for 2 seconds and considering its relatively short cooldown, it’s amazing in a team fight. Whether distracting a high damage target or multiple Gods caught in its cone, it’s amazing for not only protecting your team but allowing your allies to capitalize on the weakened enemy.

Her Ultimate ability, Defender of Olympus, is a global skill that allows Athena to launch herself to an ally - reducing the damage they take for considerable. In addition, when Athena eventually lands those around her take high impact damage. It’s an outrageously strong ability that allows Athena to save any ally caught by an enemy and a fight that might have ended in a team death can quickly become a 2 versus 1. If used in a team fight (assuming 5 versus 5) the blast radius also ensures high AOE impact damage. Finally and to round off her kit she has an invaluable engage (and disengage if need be) in Preemptive Strike.

Ganesha's silence, Ohm, makes him an amazing support God. Not just that, but his Passive ability is also incredibly potent now that changes have been made to experience splitting. While these two things alone don't make Ganesha an exceptional pick, the utility he has from Remove Obstacles and Dharmic Pillars ensures he and his team can well and truly punish a lone, or group of enemy Gods. While Ganesh lacks the raw defensive capabilities of Geb, or global potency of Athena, he more than makes up for this in his control when in amongst a team fight.

As probably the only true support in SMITE (followed closely by Sylvanus), Geb has always skirted somewhere near the top of the support meta. Although he lacks individual power, what he lacks in damage he more than makes up for in team utility. His Roll Out ability allows him to escape, or rotate lanes quickly, while Stone Shield provides some much needed mitigation for him or an ally. What's also particularly strong about Geb isn't just the crowd control that he has, but the fact his Passive limits crit damage against him. Considering the mid to late game potency of Hunters, reducing any damage potential they may have a significant boost to him and his team.

Fafnir is one of my favorite Guardians primarily because he plays like a mix between Muradin from Heroes of the Storm and one of my favorite Hunters - Ullr. His double skill set when he uses his Ultimate combined with his mobility and utility make him formidable. The fact he can stun enemies, leap, bolster those around him while also having AOE pressure and a powerful disarm leaves me in no doubt about his power. What’s also particularly interesting about him is his Passive, allowing him to earn gold quicker than other Heroes whilst gaining protections when he’s carrying over 1000. Pairing with another Hunter allows Fafnir to truly excel and if he lands his Cursed Strength, there’s an opportunity to deal enormous damage. The stun, combined with its 3 second slow, followed up with Underhanded Tactics, is a great deal of crowd control few can deal with. Best of all, once he has exhausted his abilities he can switch to a dragon, resetting his cooldowns and gaining a new set.

The new map really benefits Ymir because its tight jungle corridors ensure he can block routes easily, while following up the majority of his abilities. While he lacks mobility and his rotations are often slower than most, he makes up for this with lane presence and damage potential. His wave clear is excellent, he can easily defend his duo partner and Glacial Strike offers a powerful slow and burst of damage. With a solid composition around him, Ymir is a real threat and in the right hands can make life very difficult for the opposition. As long as he builds correctly, he shouldn't have too much problems when it comes to dealing damage, protecting his team, or clearing a room with Shards of Ice.