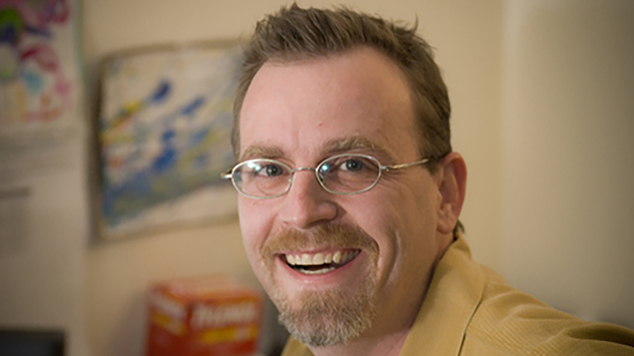 Boldly going where few have gone before, the latest installment of the hugely popular Star Trek film series as brought a new surge of interest in what is easily one of the most recognized sci-fi IPs on the planet. The recent talk of all things Trek-related inspired by the film’s release naturally got us thinking about Cryptic Studios’ upcoming Star Trek Online.

In a brief Q&A, Ten Ton Hammer discusses the latest Star Trek film with STO’s executive producer Craig Zinkievich, touching on some of the possible links we  might see between the two with the MMORPGs launch.

Ten Ton Hammer: The new Star Trek film has certainly breathed new life into the IP, managing to appeal to both long time fans as well as people who were aware of the Star Trek universe but might not have considered themselves ‘fans’ previously. Do you feel that Star Trek Online will have this same kind of universal appeal once it’s launched?

Craig Zinkievich: Although the game is rooted fiercely in the Star Trek universe, we’ve always tried to make sure that the setting is not a barrier to entry for players who aren't hardcore Star Trek fans. Our hope is that you don’t need to know anything about Trek to enjoy the game, but that if you are a Trek fan, you'll find lots of references to the series and movies that you'll enjoy. We want STO to be another way to introduce Trek to people who otherwise wouldn't call themselves fans.

Ten Ton Hammer: In the film, the crew of the Enterprise came together somewhat organically, with key characters essentially being "picked up" along the way based on either circumstance or their natural affinity for a given role. Would you say that the bridge officers in STO are obtained in a similar manner - through missions etc?

The crew is such an important and central part of what Star Trek is about; the way that a Captain meets his or her crew, the way they’re selected and how they interact is essential to the Trek feel. We want to make sure that players in Star Trek Online get to be part of the history of building their crews. They should remember where they met their science officer or when and how their best tactical officer joined the crew. All of these things allow players to build a connection to their crews in the gaming world.

I hadn’t thought about it before, but the movie's setup is building that history for the viewer as well.

Ten Ton Hammer: The alternate reality plotline offered up a pretty compelling bridge to the known Star Trek universe established in the original series while still allowing for the material to be handled in new and interesting ways. While STO is clearly grounded in the known timeline, might we see any mission content that tackles the concept of alternate realities in a similar fashion as the film?

Craig: There are definitely “alternate reality” missions in Star Trek Online. I don’t think it would be a very strong Star Trek game without time travel or the Mirror Universe!

Ten Ton Hammer: In the film, space combat remained true to form in that it was equally tactical and epic, while ground combat took on a much more immediate, kinetic feel. Based on this, how would you characterize combat in STO at this point?

Craig: That is how we’ve always described the two different combats in STO. Space combat in Star Trek is tactical, paced and larger than life – it has to do with timing and positioning. Ground combat is faster and more action packed. We're happy that the new movie identified these traits in the license as well.

Ten Ton Hammer: While the overall tone of the film could have remained fairly dark, instead there was plenty of comic relief to break some of the building tension. Will we be seeing more of this lighthearted, humorous side of the Star Trek universe in STO?

When I met Leonard Nimoy last summer for the announcement of STO, I asked him what was the one thing that we should address in the game that we’re  robably were not thinking about yet. What is the one, essential thing about Trek that isn’t obvious?

His answer was humor. Blew me away – it was right there all along. All the best shows have the crew bantering back and forth, and all of the best movies humanize (Forgive me Spock) the characters by putting them in humorous situations.

Of course, we talked a bit about how difficult it is to pull off that “banter” humor in an environment where the player is one of the main characters. We won't put words in the player's mouth, so we have to be careful to make sure that humor isn't misconstrued as satire of the universe. That's a place we don't want to go.

Ten Ton Hammer: I’d imagine there’s been a lot of positive buzz around the office since the film hit theaters. Has this had any direct impact on the development process? Any new gameplay ideas that might not have been previously considered being tossed around?

Craig: Don’t know if there are any mechanical changes that we’ve “discovered” after viewing the film. We’re looking at more ways to make nods to the film – gotta find a way to get Keenser (or at least his race) into the game!

Ten Ton Hammer: It’s been stated previously that the entirety of Star Trek’s canon has been taken into account with STO; will there be any direct reference or influences from the film seen in STO that you may not have previously been able to discuss? Or perhaps even elements from the MMO that might influence future installments of the film series?

Craig: We were aware of the major influences on our timeline (Romulus being destroyed in our universe, no Spock, etc.) before the movie came out. We’ve been working with CBS and the other licensors since we started on the project to make sure that what happens in the Trek Universe is well represented.

Ten Ton Hammer: With all the renewed interest in the IP, there’s bound to be dozens if not hundreds of variants on prominent character names running around in STO come launch day – you know, Sporks and Quirks (I call dibs on Kirque de Soleil) – will there be any character naming policies in place to keep this kind of thing to a minimum?

Craig: Sure – we’ll have name filtering so you don’t see 120,000 U.S.S Enterprises around, and we’ll probably put in some variants as well (although Kirque de Soleil is awesome). But we don’t want to be overly draconian with name filtering.

To me, part of the excitement about building a roleplaying universe is giving players freedom to come up with things that we could never have imagined. It’s not about closing doors, limiting options and policing what people name their characters.