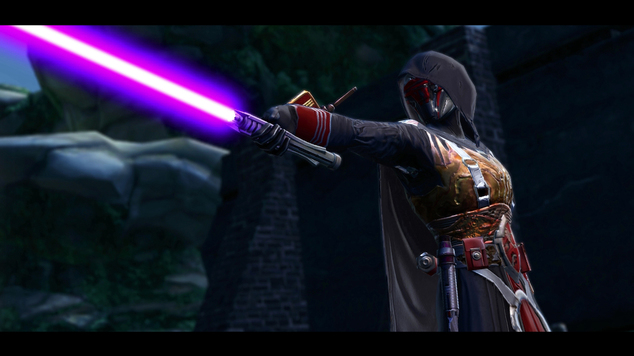 SWTOR Announces "Shadow of Revan" Expansion
<p>&nbsp;</p> <p>Latest expansion goes out with the old, in with the older.</p>

Gotta hand it to Star Wars: the Old Republic. They're not afraid to mix things up every once in a while, even when they draw from the same wellspring they've been using for years.

In their newly-announced expansion, they turn their focus back to Revan, the middle-path Force user who has driven the story of every previous BioWare-designed Star Wars game to date. Revan has been kicking around in the SWTOR timeline, which takes place hundreds of years after the events of the first Knights of the Old Republic game, but until recently his influence has been confined to a couple of flashpoints and operations. The "Shadow of Revan" expansion means to bring him back to the conflicted galaxy in a big way.

To accommodate Revan's full-on return to the timeline, SWTOR will be adding two planets - Rishi, a haven for pirates on the edge of the galaxy (and referenced briefly in Episode II when Dexter Jettster informs Obi Wan Kenobi that Kamino is located somewhere near the "Rishi Maze"), and the forested moon Yavin IV, which is home to some familiar pyramid-style ruins and fearsome Massassi warriors, mutated offshoots of the ancient Sith race made into hulking, savage beasts by the Dark Side alchemy of Naga Sadow. These new planets will theoretically cover 5 additional levels' worth of story-based questing. 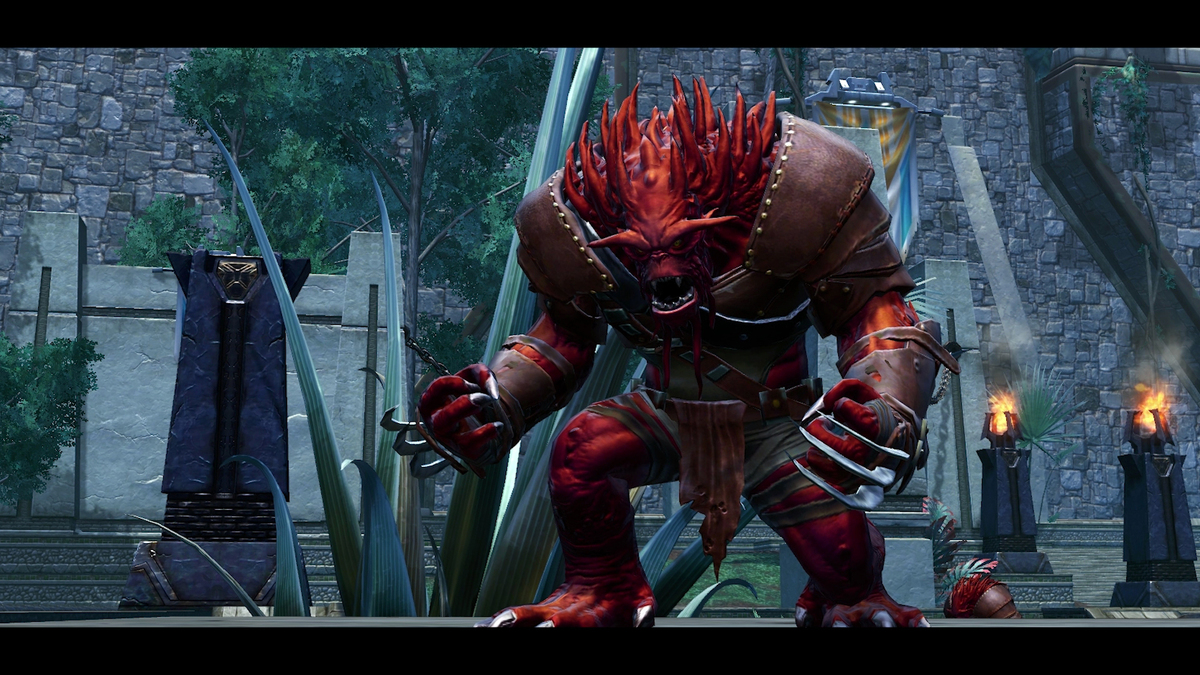 This is more or less the same strategy they followed with Rise of the Hutt Cartell: a raised level cap, new planets with flashpoints and operations, and a continuation of the main story. Good stuff, proven effective and basically the core elements of every MMO expansion. This one is available for $19.99 now, or you can probably wait until a few months after its release and it will be made available for free to subscribers, the same as Rise of the Hutt Cartel was. That $20 investment now basically grants early access - those of us who buy it now get to run it for a couple of months, kick the tires and shake out all the bugs, and then it becomes core content.

The devs are doing some neat stuff with this expansion, though. For starters, they are granting immediate 12x Class XP boosts for subscribers who pre-order. That's . . . a significant boost.This limited-time boost applies only to class missions, which makes some degree of sense - players may be able to rocket to level 55 doing class missions only, and skip all the lengthy planetary storylines. This is a fine idea if you already have some level-capped characters with a ton of money and comms and such and just want to play through the class stories. If you are actually trying to make an endgame-viable character, you will need the means to equip him once he gets there.

The other interesting thing with this expansion is that it throws out the old skill trees and replaces them with the new "Disciplines" system. 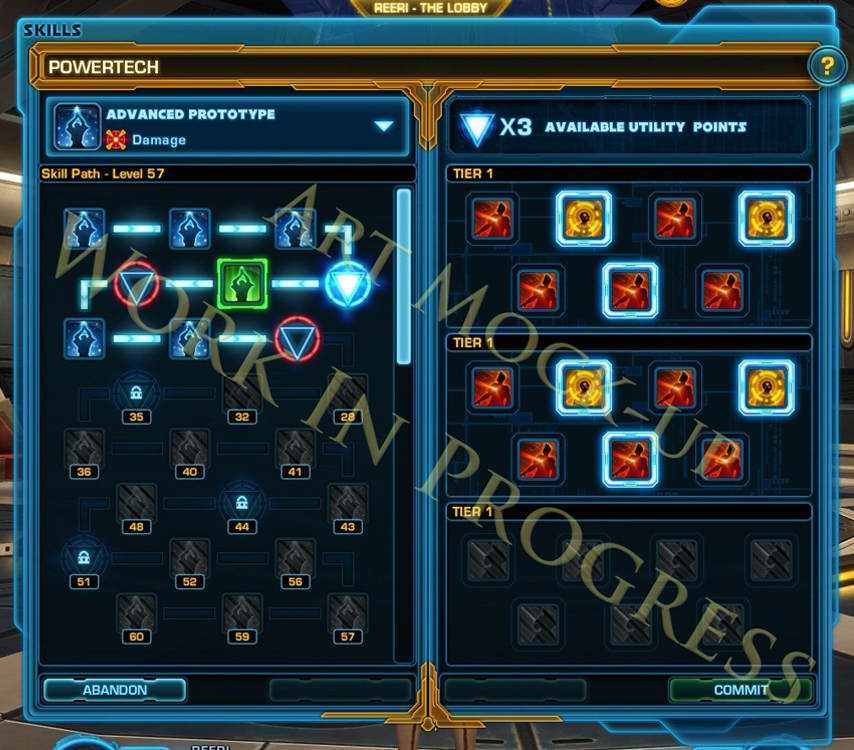 The idea is to help smooth out leveling and create viable "MMO trinity" characters as soon as an advanced class is selected. Tanks get tanky stuff right away, healers get a big heal, DPSers get a big attack. Once you pick an advanced class, you pick a role for it (essentially the same as focusing on one of the three skill trees in the old system) and auto-everything from there as you level. Skills are granted automatically instead of requiring training, incremental improvements scale up according to level. They have also added a slew of "Utility" selections, which are improvements that can be used by any Discipline.

This is a rather risky move. On the one hand, it evens out the learning curve for new players and smooths out mid-level skill progression. And for characters like my Sith Juggernaut, who has always been a full-on Immortal build, it obviates the need to figure out where and when to allocate skill points.

On the other hand, this type of system discourages hybridization, which kind of robs the game of a bit of its flavor. For example, I have a Sith Sorcerer with a hybrid Corruption/Madness build. He's an effective healer when he needs to be but can also dish out serious damage, making him a great support class and a capable companion-healing soloer. I like the flexibility the current skill trees system affords for that character. 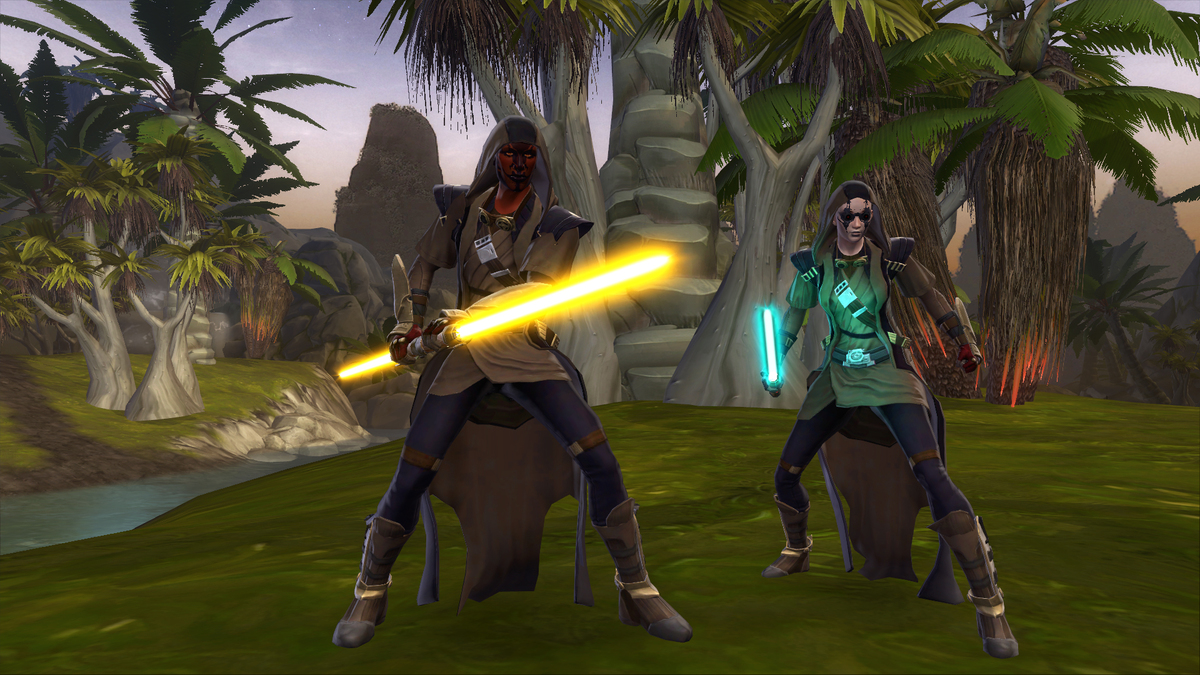 And this sort of system means that all the hardcore math guys who have spent the better part of two years finding, tweaking and using perfect min-max skill-tree and gear builds - those ultra-specific builds that focus around wringing the most possible damage from one specific skill or set of skills - are going to blow a gear or two when they have to redesign it all from the ground up. People will angrily leave the game over this, like they do every time a major, sweeping revision like this comes blasting in.

It's the little details that interest me. Some of the screenshots show some interesting-looking pirate-themed cosmetics, with tricorne hats and tall flared boots. I'm guessing this means that Rishi, a pirate haven, will have a kind of Tortuga feel to it (which makes sense when you consider that Disney, the company that built the billion-dollar Pirates of the Caribbean movie franchise out of a theme-park ride, now also owns Star Wars). Those who buy the expansion early are also being promised a sweet Revan statue for their homes. 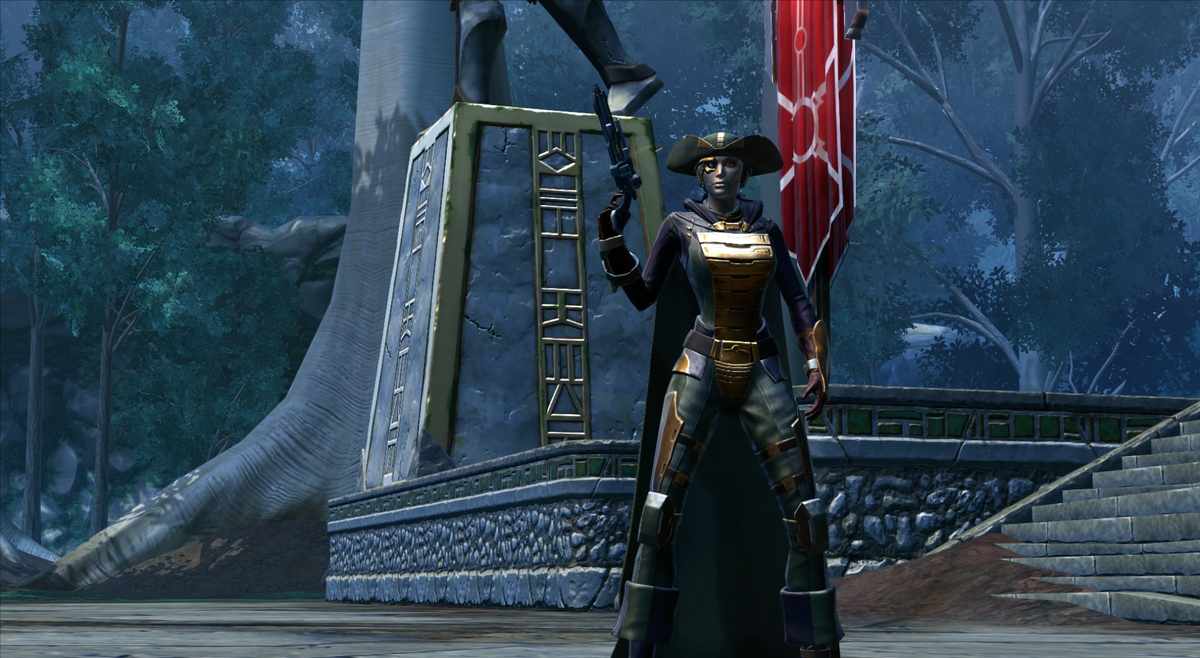 Early-access for pre-order customers begins December 2. When the Revan sees his shadow this December, will he predict doom or salvation? Tell us what you think in our comments!