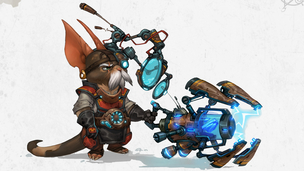 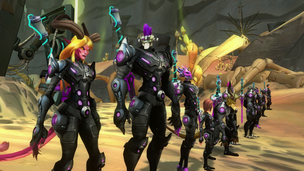 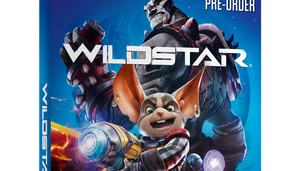 WildStar Burst: Less Beta-y
<p>Lewis B. delivers another update on all the latest class balance and gameplay changes to <em>WildStar</em>.

Several days ago, before the latest patch arrived on January 14th, WildStar could have easily shipped and still been in a very good place. It is incredibly polished and plays wonderfully well. While there were some performance niggles here and there, and some classes were certainly in need of some TLC, it remained in a better state than many MMORPG's already released.

Fast forward to the 14th and the less beta-y patch and WildStar has taken on a whole new shine. While there hasn't been huge amount of structural changes to the way the game functions, it's more about dotting the is and crossing the t's. The biggest changes are primarily related to the classes, and although I can't link the patch notes to you, there have been significant changes to the pacing of the game and the functionality of several skills. In terms of pacing, the biggest changes have seen almost every skill in WildStar nerfed (although it's a little more complicated than that and is primary to do with the way Attack Power and Spell Power now contribute to skills) some by as much as a 25% decrease in the damage output.

While I initially screamed blue murder at the sight of my precious Medic being nerfed (less damage really wasn't what it needed), it was only when I scrolled down the patch notes further that I realized such reductions affected all of the classes. I'm actually really pleased about this change, as although WildStar wasn't easy, I'm the sort of person that likes a challenge. I want to be tested and I want to push my movement and class skills to the limit, and this change certainly allows that. Immediately after the patch I got instantly steam-rolled by a group of enemies and I absolutely loved it. I can't remember the last time an MMOG actually taxed me outside of a raid encounter.

Part of the reason for the survivability shift in PvE (besides the fact it's harder to kill enemies quickly) is the change in how shields function. Rather than blocking 100% of damage dealt, they now only block 50%. It's quite a significant change and one which does make a further impact to the difficulty on PvE. At this point it's too soon to tell whether this change is worthwhile (PvE is already significantly harder because of the damage output reduction) and with little feedback from Carbine as to why this change was made, I'll be probing them on it when I next speak to them.

When it comes to the class changes, the primary approach has been balance. Many of the skills have been adjusted in terms of damage (as I noted above) but also had their levels adjusted. Some have become available earlier, while skills that I never really deemed overly powerful have been bumped significantly higher up the leveling ladder. Overall though, many of the changes seem sensible and are purely numerical balancing. The main changes that really stood out were to the Medic's core mechanic (Power Cores are now called Actuators, with builder skills now providing ticks. 3 ticks then provide an Actuator) and the way Energize functions (it now snares and increases your attack power if you're above 30% health or reduces damage taken when below 30%).

If there's one other thing that players have rejoiced about, it's the fact that Auto-Face Target no longer works against players. This was a sore subject for many and, although I never really noticed if players were or weren't using it, it's relatively evident that such a mechanic has no place in competitive PvP. If players choose to use it in PvE, that's fine by me as long as it doesn't provide a distinct advantage over others (which I don't believe it does).

Lastly, the user interface in the game has been tidied up, there's a new pet and XP bar and targeting enemies now shows much better health bars. I didn't think the previous version of the UI was even bad, but it has to be said these new changes really do add a level of shine I'd expect of a launch product.

Unfortunately the patch notes are far too large to even begin to cover them in any depth (without physically linking to them) so in the next few days, now that these changes have arrived, we'll be going gun-ho on all things WildStar. Our run down is:

We think that, along with some other treats, we should be able to keep everyone entertained. Stay tuned.