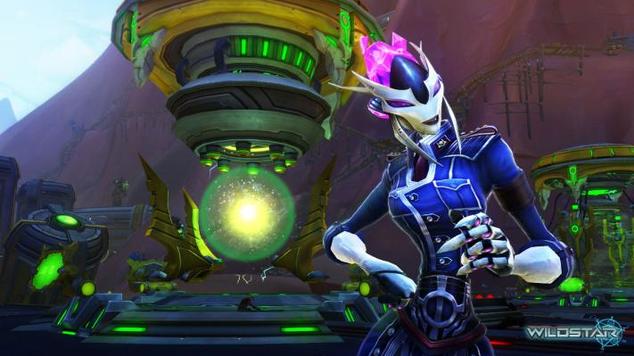 At the WildStar community event last week in London, I had the chance to have a ten minute chat with Stephan Frost. Having only spoken once before over an email interview, there's two things that I took away from our meeting:

With pint in hand, stood outside Meltdown at 11:15pm, here's how we got on. 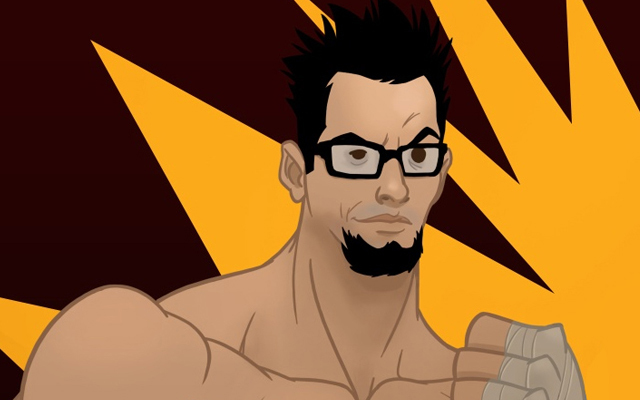 Ten Ton Hammer: How are you finding the WildStar media tour?

Frost: I’m finding it well. It’s interesting finally being able to speak about the end game experience. We’ve been doing a big tour through Amsterdam, France and England, so its been cool talking about Warplots, raids and other end-game content.

Ten Ton Hammer: In terms of competition it’s pretty tough out there at the moment. You’ve got Elder Scrolls Online and Guild Wars 2 just having launched their content pack: do you think you’re prepared for that?

Frost: Certainly I think we’re prepared for it. We’re pretty different from those titles, Elder Scrolls especially. We’re a lot different to that kind of MMOG. With Guild Wars 2 they have their own user base and I don’t think we’re going to be robbing from anybody. I don’t think we’ll be losing anyone to them either. They have their own set of individuals so I think we’re coming out at a great time. People can kind of see what the landscape is and make decisions for themselves, to also come and check out the game early.

Ten Ton Hammer: We published an article recently about WildStar potentially being the last AAA title. Do you agree with that, based on how little there is on the horizon?

Frost: Let’s be fair, I think EverQuest Next could be the next triple-A. That question and that comment was also made on a panel at PAX East. I think it was the guy from Goblin Works that basically said that WildStar would be the last and I smiled to myself. He said triple-A for a reason and I think that’s because we are a triple-A quality subscription MMOG that’s going to be coming out. In that same panel that I had mentioned was funding and I think that’s going to be the thing that’s very difficult to grasp and attain in the coming weeks. I also made a point again in that panel where I said, “besides EverQuest Next, can you name another which is going to be the next triple-A MMOG?”. I certainly think there are going to be fewer and fewer of those because when World of Warcraft came out, people thought, "there has got to be a way for us to make that kind of money!", but the problem was that they didn’t make a deep enough game to maintain what World of Warcraft had. What we’re hoping to do and we’re not looking to steal from World of Warcraft or anything like that, we’re just trying to make a solid MMOG for players that really want a deep, rich MMOG experience with lots of end game content - lots of fun leveling content - and various communities within the genre (housing and dungeons) to ensure we’ve got something solid for them. I think what we’re putting out is a fully featured MMOG.

Ten Ton Hammer: Its always frustrated me when people claim the subscription model is dead when World of Warcraft is still housing so many players who are more than happy to pay $15 a month. You’ve obviously mixed it up a little bit with C.R.E.D.D to balance out free to play versus subscription…

Frost: I think we’re probably the most fair subscription that’s out on the market right now. With the C.R.E.D.D system it allows you to purchase a subscription with in game money. It means you could be playing for free once you’ve bought the box. Especially with the fact that the first month is free, that means within that time you could earn enough to buy some C.R.E.D.D. I don’t think that the subscription model is dead if you look at things like Final Fantasy XIV and we’ll see what happens with Elder Scrolls Online. I hope they do well and a lot of people say that they’re our competition or if we’re worried about them but really it comes down to the fact I want them to do well because it means more MMOG’s will be developed if they do well. I certainly hope they do well because they’re subscription. 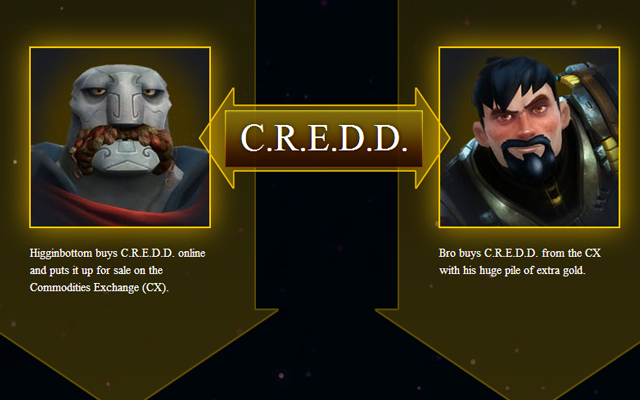 I’d like to think that because there’s been this resurgence in subscriptions that it’s in response to the free to play rush. I think there are some great free to play MMOG’s - DDO did a great job of coming out and saying, “we’re going to do this model!”. I think they were revolutionary in thinking of that idea. It’s the same with Lord of the Rings Online and a bunch of other MMOG’s that have gone that route. But I also think it isn’t for everybody. Certainly when we made the game our thought was: we’re a triple-A product. It’s like HBO - people don’t seem to bat an eye when they want to get quality content from HBO. It is more a month and it is something that people are used to and when you get Game of Thrones it’s well worth it. What we’re trying to make is something that people play and think, “damn, this is a good game”. With our monthly content drops where we’re going to put in dungeons, PvP battlegrounds, raids and PvE zones. I think people will find month after month we’ve a lot of content coming online. It’s well worth it.

Ten Ton Hammer: From WildStar’s conception to now you’ve been caught up in the landscape shift of subscription being seen as the “norm” followed by “free to play” taking up that mantle. I’ve heard many people say “if it was free to play I’d play it”. Looking back, do you think Carbine would have chosen a different payment path?

Frost: There’s never going to be a payment model where everyone is going to be happy. period. The way that we picked our side was the most fair when it came to subscription. You can effectively play for free once you’ve bought the box but that’s on you to earn that money and decide, “well, I’ll put a lot of time into this and earn this myself”. There are certainly players out there willing and capable of doing this, so for those people who’ve asked about us about  going free to play, I’m not really concerned about it. We have lots of people that are willing to play subscriptions and check us out. We have a quality product on our hands and ultimately we need to pay our bills. We’ve 270-odd people in our building and this isn’t a cash grab for us by trying to screw over consumers. Videogames are very expensive to make and MMOG’s are the most risky and expensive so we need to make sure we’re consistently bringing in funds to ensure that we’ve people continuing to make the content.

Ten Ton Hammer: Coming back to competition, Guild Wars 2 has defined itself by the Living World model of releasing content every few weeks. Without such a quick release model, do you think there’s enough to hold the attention of modern players?

Frost: When I look at games such as World of Warcraft or Final Fantasy XIV, they seem to be doing pretty well. I think we are up there alongside these triple-AAA MMOG’s and I think we’ve created something that people seem to be reacting quite positively to. People are willing to pay that subscription fee but there’s always going to be vocal players that say it’s a terrible idea to not go free to play. We’re going to make something and if at some point we go free to play, hurray you’ve won - you get to go free to play. But right now we’re trying out this model and we think it’s pretty damn good and also worth it. 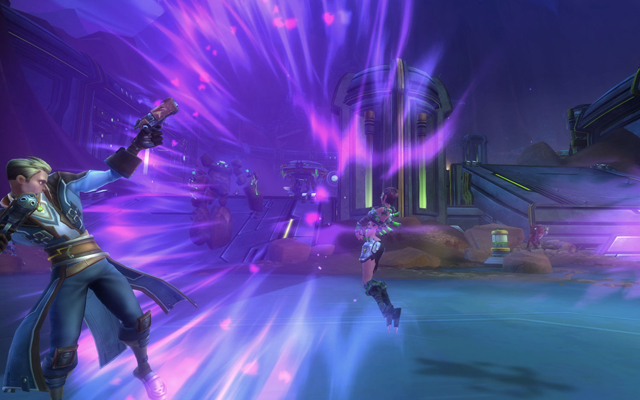 I’m not too concerned about that other competition because if anything, I think we’ve seen this resurgence because players are over the fact they’ve got to go through these paywall's to enjoy their experience. You’ll notice we aren’t launching with a cash shop and every single month we’ll be providing new content with your subscription. We’re trying to retain people and putting in content that has elder game potential and things to do for a long period of time. Really, it’s on us anyway because if we put something in that people don’t want to play, well, we’re going to lose their subscription because they’ll feel like they’ve conquered it and can move on. I think the stuff we’re developing is perfect for those 1%ers that want to do stuff and even for the casual gamers we have elder game content for them to.

Ten Ton Hammer: When WildStar lands in our hands as a “finished” product, what do you think will be its weakest point?

Frost: There are certainly things we could go back and change or look at differently. I don’t know whether there’s anything that is horrendous about what we’re doing. We’re releasing the game when we wanted to release the game. NCSoft didn’t force a gun down our throat and say, “you’re releasing a game at this point in time.” We just basically said that we’ll release it when it’s ready. I think we’re in a good enough spot and I don’t think there’s anything that I’m hardcore against or regret in any way. The reason I say that is because we’ve been listening pretty well to what people have had to say about things we’re adding. Body types this late into the game was not an easy feat, the UI 2.0 before launching was something we have taken seriously. We’re still working on getting those things optimised. Key for us right now is optimisation and future content and that’s what we’re currently working on at Carbine Studios. We’ll continue to do that and I think people notice that patch after patch things get better.

We'd like to thank Stephan for taking the time out to chat to us during a jam-packed community event.