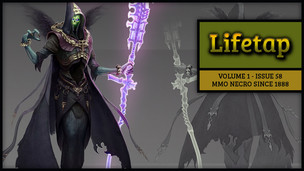 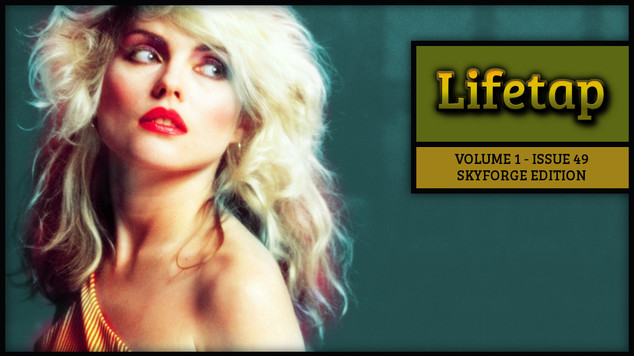 Skyforge is far from the first MMO I’ve played featuring a proper multi-classing system. For the sake of upfront disclosure, I’ve never really taken to the concept in the past due to questionable implementations. When I play an MMO, I want my characters to be clearly definable and, perhaps even more importantly, have to account for limitations.

When you can be anything at any time, unlock all possible skills, and ultimately become master of your own virtual universe, I simply don’t find the experience very compelling. If I were younger and had far more free time, I would probably enjoy multi-classing and skill-based progression systems a lot more. Where my life is at now though, I simply don’t have the time nor the desire to deal with them.

In that regard, I consider Skyforge a bit of an anomaly. It is perhaps the first game that I felt completely at ease with having access to multiple classes on a single character in a very long time. I would attribute much of that to smart design choices and clean implementation, though I do still have some lingering reservations with the complete package.

My biggest universal nitpick with class-based MMOs is being thrust into choosing a class with basically zero understanding of what it really is. Sure, I know what a necromancer is based on past experience, but I have no way of knowing if I’m going to enjoy how it is presented in Game X during character creation.

Developers are so stingy and lazy when it comes to giving gamers tools or enough information to sort that part of things out. Official website descriptions of classes are little more than marketing fluff that sound like they were written by someone who never played a video game in their life. Half the reason why we write class guides on Ten Ton Hammer for games we love is because we can see the obvious need for them. We do it because the game itself doesn’t.

The way classes are unlocked in Skyforge affords you both the opportunity and time to run through a training sim on any class in the game before spending a single Spark in the main Ascension Atlas towards class unlocks. Why is this not a feature in every MMO?

The training is far from perfect, but does let you mess around with skills enough to get a feel for how that class will function in combat. You can also run through it as many times as you’d like on any class, and are even rewarded with a class costume on your first run through for each.

The negative offset here, if there is one, would be that you might decide you really want to play a specific class like necromancer or witch / warlock but are not going to be able to until you’ve played a class you have zero desire to play for a while first. The Founder’s Packs and Collector’s Edition have provided some additional instant class unlocks – for a fee, of course. If it weren’t for these, I’m not sure how I’d feel knowing I have to play one of my three least favorite classes in the game in order to unlock one that I really want to play.

As noted above, I’m not exactly what you’d call a power gamer, or someone who spends 100 hours in an MMO per week. I do still spend a ton of time in MMOs, but even then it took me a full 2 weeks to unlock my first class in Skyforge. If I keep at my current pace, my calculations put me at somewhere around 2 months until I finally unlock the witch class – the one I want to be playing in the first place.

The other major issue with class unlocks is that you begin at a severe disadvantage. When I unlocked the Slayer, I had no weapons for it, no amulets, and three skills. I had to press forward on my Berserker for a while longer, or else it was Dirt Nap City on my Slayer straight out of the gates. I played for 4 days until a poor quality secondary weapon finally dropped, and I only got that through PvP rewards.

Interestingly enough, the positives of the system still tend to outweigh the negatives for me when it comes to class unlocks. Being able to freely switch between classes is a huge plus, as are the shared progression aspects. It’s like getting to level your list of alts simultaneously, rather than having that “Oh crap, I have to level through The Burning Crusade… again” moment that always causes me to quit playing in other MMOs. Seriously, screw TBC and the horse it rode in on.

For unknown reasons I’ve been listening to Blondie nonstop this summer. Parallel Lines and the 2002 Greatest Hits collection have been the soundtrack for my life, and the music still feels as vibrant and vital as any music being produced today (even more so, given the continued crap state of the music industry).

Here is a fun bit of Sardu trivia for you. Pay close attention because you may be quizzed on this later. The first record I ever spent my own money on was the 7” single for “Rapture” when I was 9.

The first time I heard it on the radio I was hooked, and it ultimately planted a seed somewhere deep in my young mind that later on made me realize that a band and the music it produces doesn’t need to be any one thing all the time. While maybe not quite as eclectic as Bowie, the other Big B born from the 1970’s is still just as influential and a part of rock history that is worth celebrating.