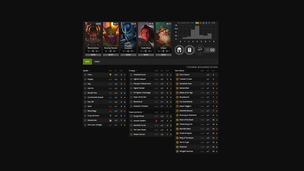 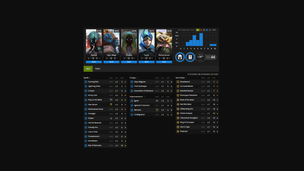 Artifact: Best Blue Deck
Not sure what cards to pick for your Blue deck? This guide should help.
Guide
Artifact 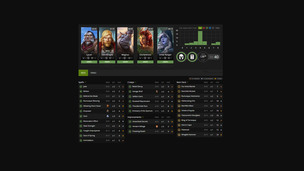 Artifact: Best Green Deck
Not sure what cards to pick for your Green deck? This guide should help.
Guide
Artifact 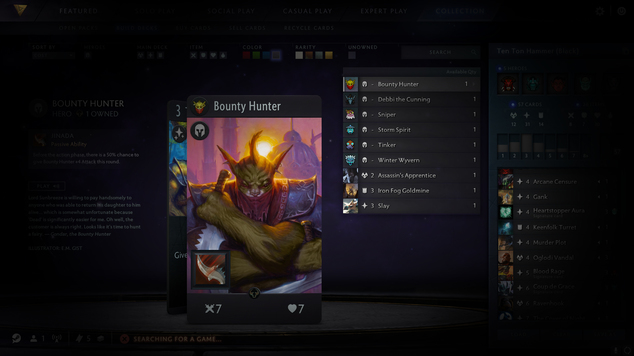 Artifact: Understanding Card Colours
Not sure what card colours to use in your deck? This quick guide should help you out.

Artifact does a terrible job of explaining the value of card colours, and what each respective colour attempts to do. While some are fairly obvious (such as Red relying on large numbers to lop off high amounts of health), they each have more subtle  uses. 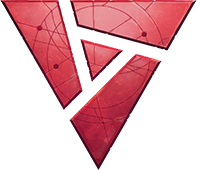 Red are particularly aggressive cards that rely heavily on big-hitters that are designed to kill opponents quickly, in order to end a match early. Red cards, as they begin to lose Heroes, don't fair well over the long-term due in part to the sheer value they place on having juggernauts such as Axe or Bristleback in play. Red decks rely heavily on quickly reaching the combat phase, to ensure opponents never get a foothold in the early game. With most Red decks revovling around the use of Axe, Legion Commander and Bristleback, it can prove incredibly challenging for Green and Blue decks to survive long enough to even get a foothold in a match. With cards such as Enough Magic and Rebel Instigator, matches can end incredibly quickly under the sheer weight of damage. 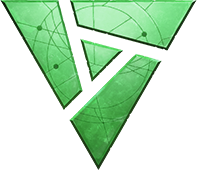 Like many card games, Green decks revolve around sustain and healing. The entire purpose of the set is to survive for long periods, even with cheap units, so that you can whittle down your opponent's health. With Heroes such as the Drow Ranger and Lycan, they are more than capable of creeping into a match before locking it down. While Green's early game isn't anywhere near as strong as Red's, if they aren't shut down quickly it can prove incredibly challenging to handle, especially when cards such as Rumusque Blessing and Arm the Rebellion begin to be delivered into play. 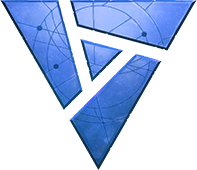 A personal favorite, with Blue offering a playstyle directly linked to control and long, protracted matches. Many of the cards available to Blue allow a player to move units, summon them in any lane of your choosing, or to wipe out every card in play. I would argue that Blue, alongside Black, has the highest skill ceiling, simply because it needs so much forethought. One mistake on where you move your reinforcements or Heroes to, and you can be in serious trouble, while surviving early game can be challenging. Fortunately, cards such as Annihilation or Dimensional Portal can buy you significant time.

A subtle colour that relies heavily on assassination and bypassing enemy units. Black decks can snowball really quickly, but in a different way to Red. Where Red bashes down the doors, and deals massive damage in an instant, Black tends to do things a little more cleverly. With cards capable of destroying creepes and Hero's instantly, the additional gold gain many of the cards offer ensures your Heroes become very strong, very quickly. Just be conscious of the fact that Black decks don't always work amazingly well late game, as unless you get a serious foothold in (with early Hero kills to maximize Gold gain), you'll lack the brute strength to topple a Blue/Green deck.

Artifact: Best Blue Deck
Not sure what cards to pick for your Blue deck? This guide should help.