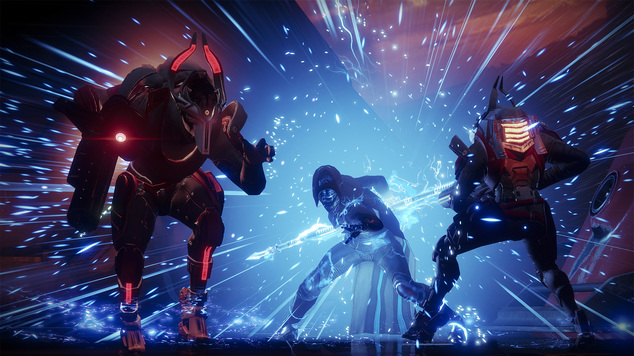 If you’re new to Destiny 2, and like me haven’t ever played Destiny, there’s every chance you’ve a list of questions as long as your arm that don’t have answers. They might be simple questions, but it’s fair to say Bungie don’t do a very good job of informing you about very much. Here’s a list of questions and answers submitted by our readers, as well as plenty of our own.

How do I zoom out on character creation?

Unfortunately you can’t. Perhaps Bungie assumed players wouldn’t want to look at their entire character while creating them.

Can I zoom out while creating my character?

Sadly not. You wouldn’t want to see all your character now, would you?

How do I name my character?

Which class is best?

Fundamentally they all shoot, get a special grenade, Super and jump. However, they do all play differently. Here’s our take.

How do I change my subclass?

You'll need to grab the Forsaken update/Shadowkeep for the last dose of classes, but the majority are instantly available to New Light players. Just open your class window, and select the one you want.

Can I hide my helmet?

Unfortunately not. You're stuck with it at all times, with the only exception during cutscenes.

Can I change my appearance after creation?

Sadly not, but perhaps in the future!

How do I chat to players in my Clan or random strangers I encounter?

If you know the person, you can go to chat options. If you want to direct message one person only, it becomes a whisper.

Should I spend my Upgrade Points?

That largely depends on if you love your current subclass, or intend on switching subclasses often. If you have a specific subclass in mind, you can keep your Upgrade Points and then spend them all at once when you unlock it. Otherwise, feel free to spend it on key abilities (such as the Warlock’s Healing Rift).

That’s just the average value of your Attack (weapons) and Defence (armor) values. The higher the number, the better equipped someone is.

Should I always go for higher numbered gear?

When leveling up, pretty much. The higher numbers ensure better damage or mitigation.

How do I sell all my unused weapons and armor?

You can’t sell in Destiny 2, you simply Dismantle by hovering over an item and holding down F. You’ll earn Glimmer in return.

There’s a few. Glimmer is primary and the equivalent of Gold, which you can spend on items. Other currencies are used to buy items, cosmetics or weapons.

What do all these weapon symbols mean? Fire? Frost? Purple circle thing?

There’s three weapon types in Destiny 2: Kinetic, Energy and Power. They all deal damage, but they all use different types of ammunition. Kinetic are weapons that fire physical bullets, Energy shoot bullets and beams that are elemental, while Power provides heavy weapons. The theme behind the elemental symbols is shield based: matching the element of your weapon versus a shield colour allows you to deal more damage. Simply put, if the enemy has a red shield, use a solar weapon (fire). If they have a blue shield, use an arc (electric) weapon. Ideally you want to have at least one weapon for each element.

What do the coloured items mean that enemies drop?

If they’re a rectangular shape, that’s ammo. White is Kinetic, green is Energy and purple Power. Purple ammo is typically the rarest and white the most common.

What happens to my ammo if I swap weapons?

You lose half of your weapon type ammo every time you switch weapons. Ideally, it’s best to switch weapons only when you gain a significant power increase.

How do I know where to go?

Just hit Tab. It’ll show you the location for your nearest Mission/Quest or Adventure.

How do I know where to go for the story?

The first story is called The Red War. It’s highlighted on the map (M) by a big red flag. You can also view it on planets if you hover over them. If you see such writing, just land on the planet and make your way to the location on the map.

Most maps are fairly linear, so exploration is limited. By all means explore, but don’t always expect to find secrets. At most, you'll find a chest or lore extract.

What are the grey cloudy doorways that I can’t walk through?

Honestly, we’re not entirely sure (we’re new to Destiny 2 as well!). We’ve asked around and we think these are spawn locations for enemies on the specific map and/or location you’re in. We’ll double check this as soon as possible.

Is it worth buying items from vendors?

Honestly, not that we’ve found during early levels. It’s far better to just follow through the story and grab items when you can.

Have a question you want answering? Let us know and we’ll add them here.