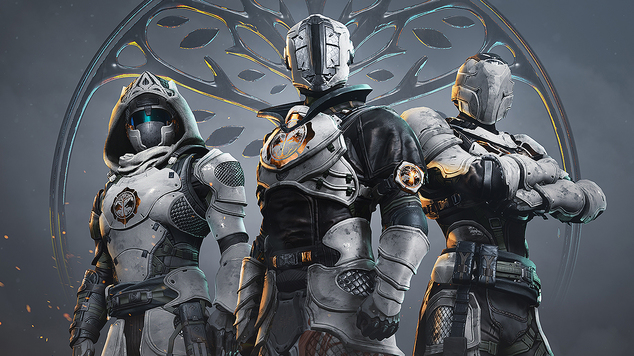 Destiny 2: Iron Banner, What To Do, And How To Get Cosmetic Rewards
Iron Banner is confusing for new players. Here's a simple guide to get you through it.

Bungie are brilliant at delivering new Destiny 2 events, but are terrible at telling you what they are, where you start them, and what rewards you get. In this Iron Banner guide, we walk you through the latest event in a simple way.

What Is Iron Banner?

Iron Banner is a timed event that provides PvP based rewards in the Crucible. It's delivered by the NPC, Lord Saladin, who's situated above The Gunsmith in the Tower. Iron Banner is available for one week, every month. Unlike standard Crucible matches, level advantages are enabled, with higher level weapons and armor giving a significant advantage to players. At its heart, Iron Banner still plays exactly the same as Crucible, but is much tougher due to gear having a significant impact. If you're a fresh Power Level 900, you might struggle (though you can still gain the rewards).

How Do You Start Iron Banner?

It's fairly simple. Head up to Lord Saladin in the Tower. He's marked as a wolf on the map. Speak to him, and he'll provide you with a Quest, as well as offer a multitude of Pinnicle Gear Bounties.

Once you've done this, open up the map again, and under Destinations, choose Crucible, and then Iron Banner.

As with any PvP, once you're queued, you'll have to wait for matchmaking to do its work. When you're in a match, simply aim to complete the primary Quest you've been given (Scour the Rust), as well as the Bounties.

Don't expect to complete either in a few matches: it takes about four or five hours in total to finish all of them (including multiple stages of his primary quest).

Once you've completed the primary quest from Lord Saladin, you can turn it in abd begin to farm Engrams (outside of the rewards you receive from playing matches, gaining ranks, or the Bounties you complete). Simply put, playing Iron Banner grants tokens that you can hand to Lord Saladin for lovely high level weapons and the Iron Banner armor.

How Do I Get The Iron Banner Armor?

Well, as noted above, you're pretty much gauranteed to receive a full set by the time you finish the Quest Lord Saladin gives you. As you complete matches, you'll receive loads of loot. Also, when you complete his Bounties, you get a piece or two in there. If you're seriously unlucky and don't have the full set by the end of Scour the Rust, turn your Tokens into him. If you've completed all your Bounties, you'll have well over 300 Tokens to turn in. Which, if I remember correctly, nets you at least 10 Engrams: more than enough for a full armor set.

To Note: If you want the armor set on a specific class, you have to complete the Iron Banner on them: rewards are character based only.