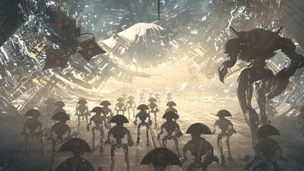 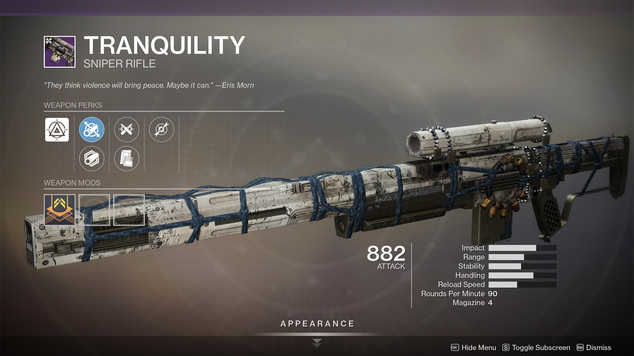 Destiny 2 Shadowkeep: 5 Best Weapons
Not sure which weapon is best in Destiny 2's Shadowkeep? Here's the top 5.

KackisHD has a neat little video today, showcasing some of the best weapons in Destiny 2. If you've finished Shadowkeep, and are on the hunt to improve your gear and your Power Level, you'll probably want to ensure you grab these 5 weapons. All of these weapons involve a little bit of grind, but are invaluable for both PvE and PvP. Please note: this list excludes Exotic weapons, due to the nature of their design and the roles that they play.

Part of the Moon set (you collect Essence by doing activities on the Moon) and then turning it in, to the Lecturn of Enchantment. Simply put, it has amazing attributes with a high rate of fire. Equivalent to the Beloved, which, for most people, is amazing in PvP. It comes with a set of perks that work in all content environments, especially with Firing Line (which boosts precision damage when next to team mates).

Farmable through the Vex Offensive Bounty, especially if you want to obtain a God roll variant, it has a massive rate of fire. It's amazing in PvP, and does well in PvE. Its Perks are brilliant, and you can grab Feeding Frenzy and Kill Clip. The reload speed and damage bonus is outrageous when combined and can pretty much melt anything.

Another Moon weapon that's easily completed. God rolls are up for grabs, and for a Grenade Launcher, it has an output of 150 RPM. It's without doubt the best-in-slot right now, thanks largely to the Spike Grenades Perk (increased damage) and Full Court (damage bonus on distance).

Grabbed in the Garden of Salvage Raid, its rate of fire is 450, and provides eye-watering burst. Its set of Perks includes Outlaw (decreases Reload Time) or Rapid Hit, which on precision hits, grants amazing reload and stability bonuses. If you combine this with Kill Clip (pretty standard) for the damage boost on kill and after reloading, there's little wonder it's the go-to weapon.

Similarly to Sacred Provenance, the Ancient Gospel is also available from the Garden of Salvage Raid. Providing 140 RPM, the Outlaw and Kill Clip perks are up for grabs. As always, these two Perks - if you land a God Roll - make it undeniably strong. Overall, none of its Perks are poor, and if you do manage to get it in a single drop, there's every chance it'll last you a long time in both PvE and PvP.