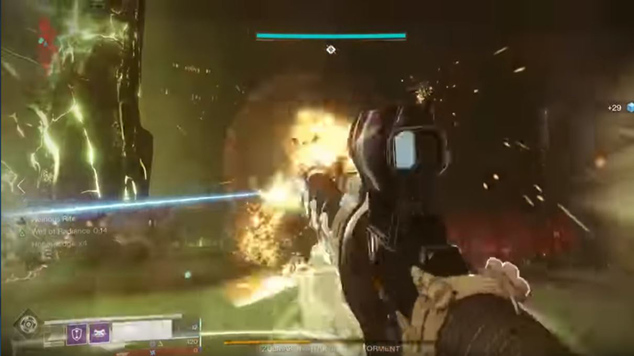 Destiny 2 Shadowkeep Dungeon Guide for Pit of Heresy
Here's a brilliant guide for the Pit of Heresy (dungeon).

Here's another great video by Aztecross. If you are wondering how to start this dungeon, check out our How to Enter The Pit of Heresy Guide.

You're in!  Now, on to the meat of the dungeon.

There are three "bosses", each of which requires a special attack to kill. They are immune to everything except for that one attack type. They all have their own kryptonite, so to speak.

After you have killed the three bosses you come to a bridge with a bajillion doorways.  Ironically, you don't want to use a door, look for a cave entrance and jump to that. If you try to enter a doorway you will die.

You will be put against invincible ogres next...avoid them...obviously..and look for small side caves.  Inside are mobs that you need to kill to get Void Charges. Put the Void Charges in the receptables near the doorways and you will open the next phase of the dungeon.

There will be a totem in the next encounter.  One of the fireteam must stand near the totem.   Kill the waves that attack you and collect more Void Charges.  After you collect 6 Void Charges and place them in the receptacles you willl need to shoot a large orange "blob" to open up the next phase.

For me this puzzle was one of the most annoying... jump past the spinning spikes.  The next part is confusing as heck. The area is confusing and you need to track down the symbols that correlate to the door that you are opening. Painful. Kill Malovenent mobs to proceed.

You are finally at the boss.

Remember the mechanics you used at the very start of the dungeon to kill the first bosses? Lather, rinse, repeat here on the mini-bosses guarding the big lava covered knight. Each mini-boss will drop a void charge. Take those to the middle and place them in the receptacles.

Once you place the charges a green circle will appear in the middle.  You can only damage the boss while you are in that green circle.

This is a tough dungeon from a confusion point of view.  It's easy to get turned around and the puzzles arent' necessarily intuitive.  That said, the general consensus is that it's a fun ride that everyone should attempt.

Watch the full video by Aztrecross here. Well worth every second that you spend.

Looking for more like this?  Visit our Destiny 2 Portal.