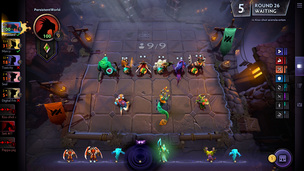 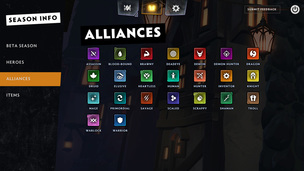 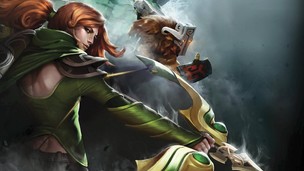 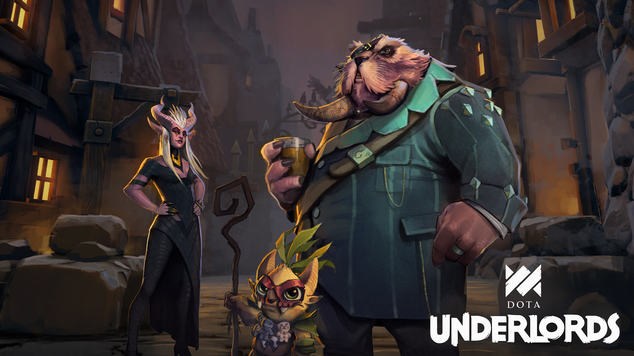 If you first begin playing Dota Underlords, it's easy to think that it's filled with nothing but RNG, and that winning largely depends on what units the game presents you with. That couldn't be further from the truth, and having already sunk 60 hours into it, there's a huge amount of tactical depth in terms of what you can, and can't achieve with what's presented to you.

I regularly see players build teams for the short-term, and these can often collapse in mid to late game. They'll go all in with one composition they think can win, and eventually - and over time - it becomes quickly apparent it's just not viable. Assassins work well early, Druids too, but they can fall off quickly in value. Not only that, but melee Warriors also work well early, but these get melted late game as balanced compositions begin to protect their backline and gain full Alliance bonuses. Think about what you want your end-game setup to be, and gently work your way there. Don't worry too much about initial losses, as these can be instantly erased once a composition comes online (such as a Knight setup). 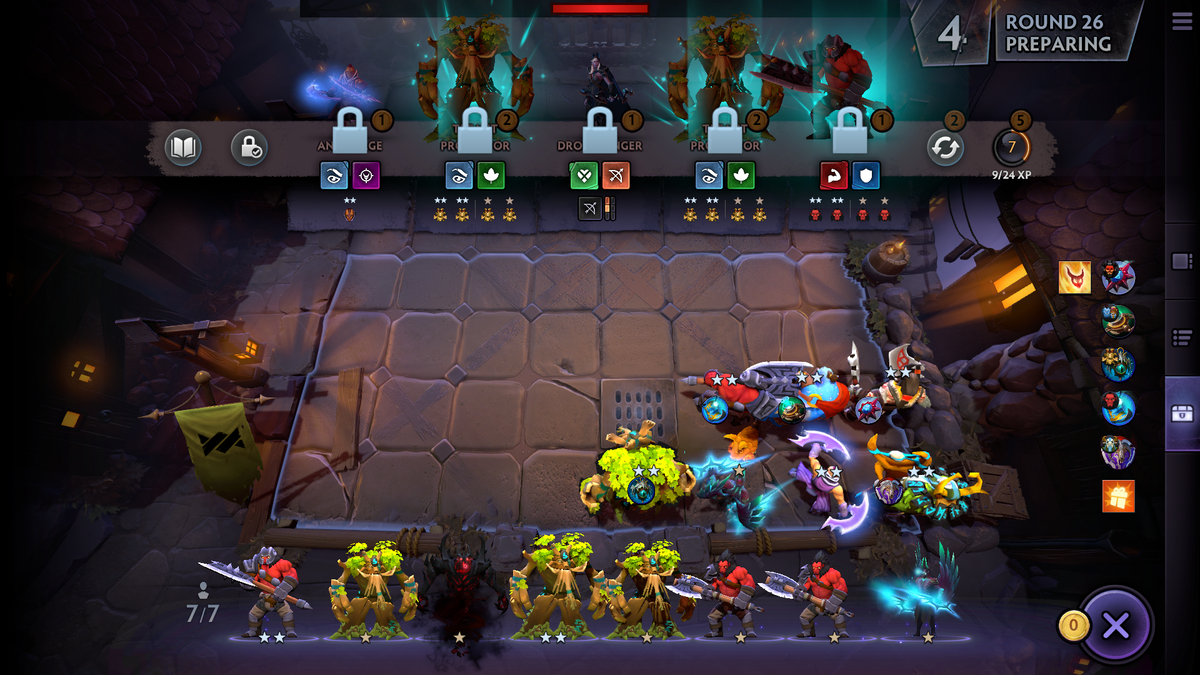 Locking my shop gaurenteed a 3 star Treant and 3 star Axe. Use it!

A rediculously important method, but it's paramount you lock your shop on units that you need. Locking units in the shop ensures that they're available when you need them. If you're playing aggressively, and are seeking a specific unit (but exhausting your gold at the same time), locking down the shop ensures you can gaurentee a unit on your next turn, if it's waiting for you when you have too little gold. More often than not, it can yield incredible results that might see you lose one turn, but bounce back the next. Look for upgrades, look for incremental purchases, and lock them down to steadily pick them up. Dota Underlords is about the long game.

Don't Fall Into The Assassin Trap

I constantly see players leaping towards Assassin compositions, and while they're viable, and valuable early game, they fall like a stone towards mid and late game. The functionality of an Assassin is to instantly teleport to the backline. You have no control over this, and experienced players can counter it quickly by placing squishy units into corners, protected by a strong Warrior/Knight composition. Anything above 3 Assassins, as far as I'm concerned, is a trap, and will see you get wrecked as the player pool gets smaller. Avoid it, or if you're using it, get ready to switch half way.

This isn't common in lower levels, and I've encountered experienced players who never do this, but it's important to watch other players. You can do this by clicking on their portrait on the left side of the board. Watching other players is valuable because it shows what they're building (so you can counter, or avoid buying the same), while it also allows you to adjust your unit positioning. While Dota Underlords doesn't tell you who your next opponent is, you can gaurentee that as the player pool grows smaller, the need to watch others grows greater. Only in a recent match, I kept losing to one specific player and his team, and down to the last 4, I decided to move my units to counter him by spreading them out, with "tanky" units at the front. It works, and as my units flanked from the sides, they avoided much of his AOE. Needless to say, it resulted in an eventual win, as he failed to move any of his own units: he stuck it out as if something was miraculously going to change.

As noted above, you've a fair amount of control over your units by utilising formations. The nearer you place your units to the enemy front-line, the more likely they are to immediately enter into combat. In addition, by placing some units a little further back (even if they're melee), can ensure they enter combat just that little bit later to not only survive, but bring later-fight value. Versus Assassin compositions, tight formations are invaluable as it ensures your team can not only protect your squishies, but also shut down the divers. In this instance, a lot of players blockade their squishies into a corner. Knowing when to move your units, and when to leave them in place, is incredibly important if you're wanting to win at end-game.

Use Alliances, But Don't Overkill Them

As tempting as it is to gain alliance bonuses, they're good but not incredible. That said, they are invaluable. I appreciate that sounds contradictory, but creating a balanced composition trumps gaining alliance bonuses. It's important that you read your team, and the bonuses that they're providing. There's no use pursuing 4 stacks of Savage, when just one purchase of another Warrior might grant you a significant buff. Pursuing low hanging fruit, for quick and easy bonuses, is a strong method of pushing early and controlling a quick snowball on gold gain.