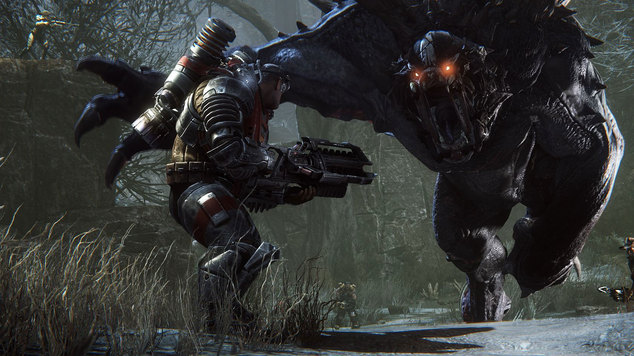 Evolve is an asymmetrical, cooperative/competitive first person shooter, developed by Turtle Rock Studios. If you aren’t familiar with the developer, you’ll have likely heard of Left 4 Dead: they’re the brains behind it. Evolve sees a team of 4 players take on a single Monster (controlled by a fifth player) with the winner determined by the Hunters destroying the Monster, or the Monster destroying the Hunters or a secondary objective.

Each map has its own theme and each has a variety of terrain and structures that the Hunters and Monster can utilise. On each map there are also a variety of wildlife that can harm you and which the Monster will attempt to eat in order to Evolve. A certain number of these wildlife offer unique power-ups once killed for both the Hunters and Monster. 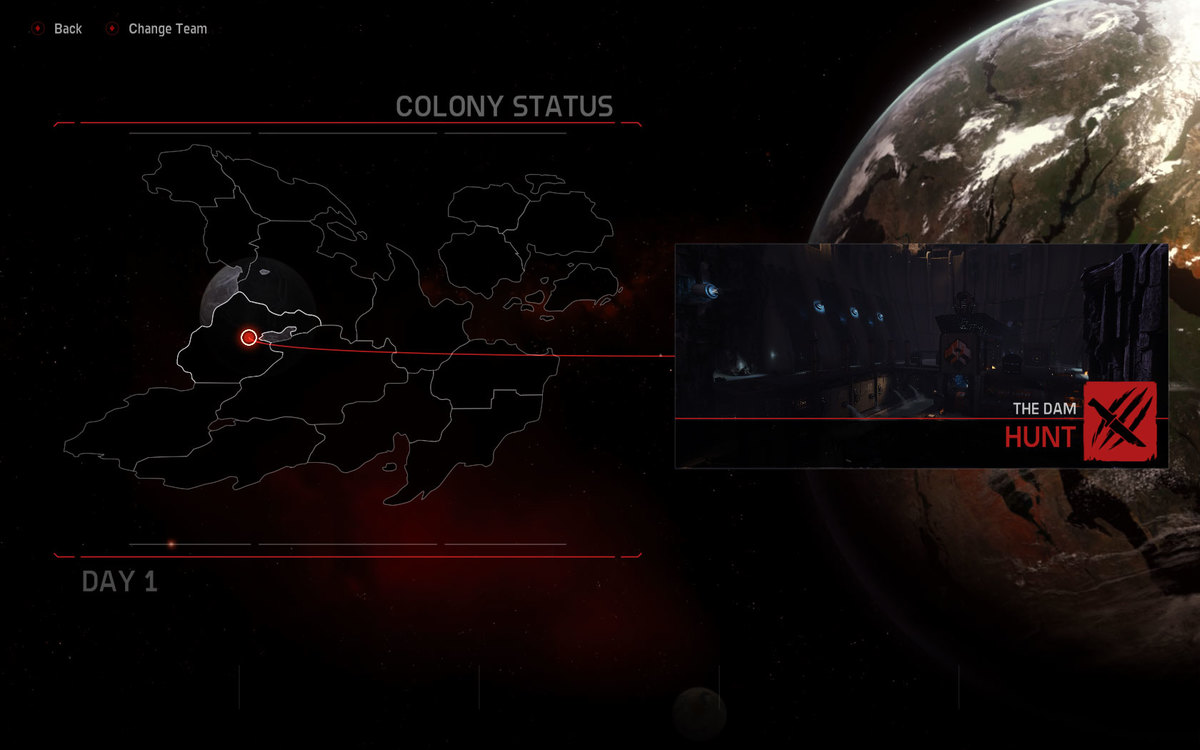 Evolve is set on Shear, a distant planet located in the "Far Arm" of space, that humanity has traveled to in the distant future. Many of the established colonies that are considered valuable assets in space are attacked by a variety of alien Monsters. As the Monsters begin to destroy the colonies on Shear, William Cabot (a former Planet Tamer) is brought out of retirement to deal with the threat, in order to evacuate the remaining colonists. To deal with this threat, Cabot brings together mercenaries of all different kinds from around the galaxy. If you choose solo or multiplayer, you'll have the opportunity to play through the campaign and if you're familiar with Brink's story delivery, you'll be comfortable here. 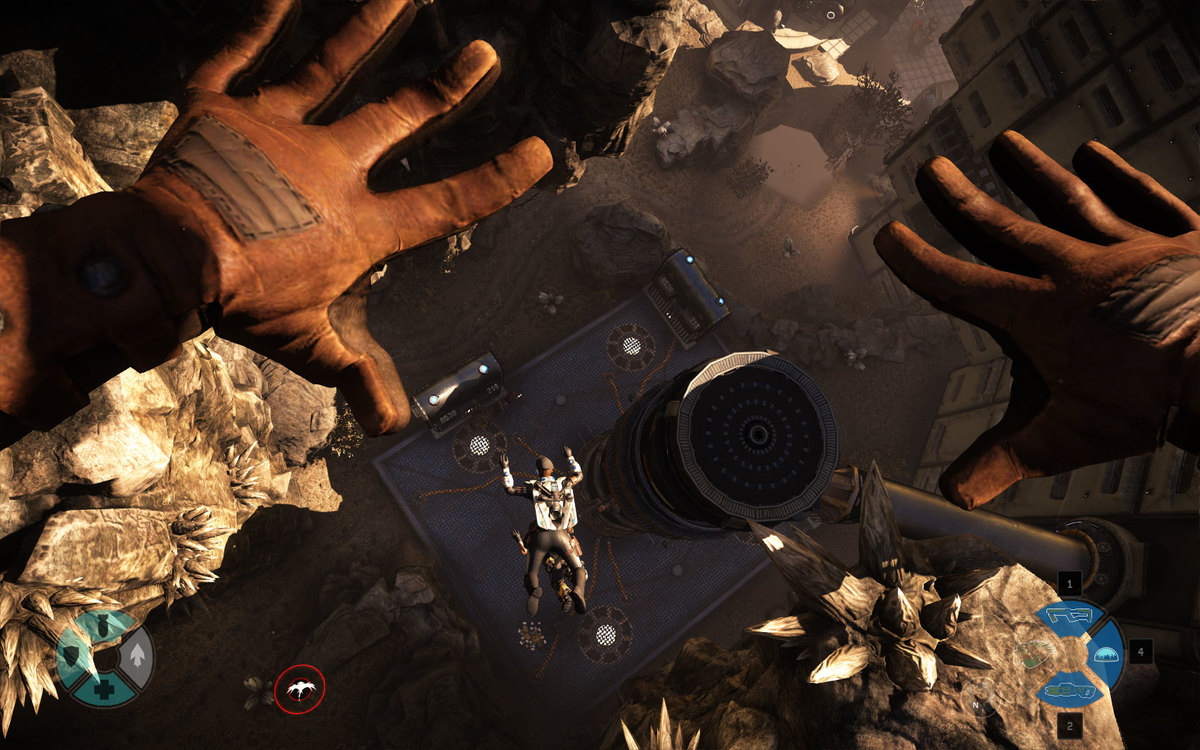 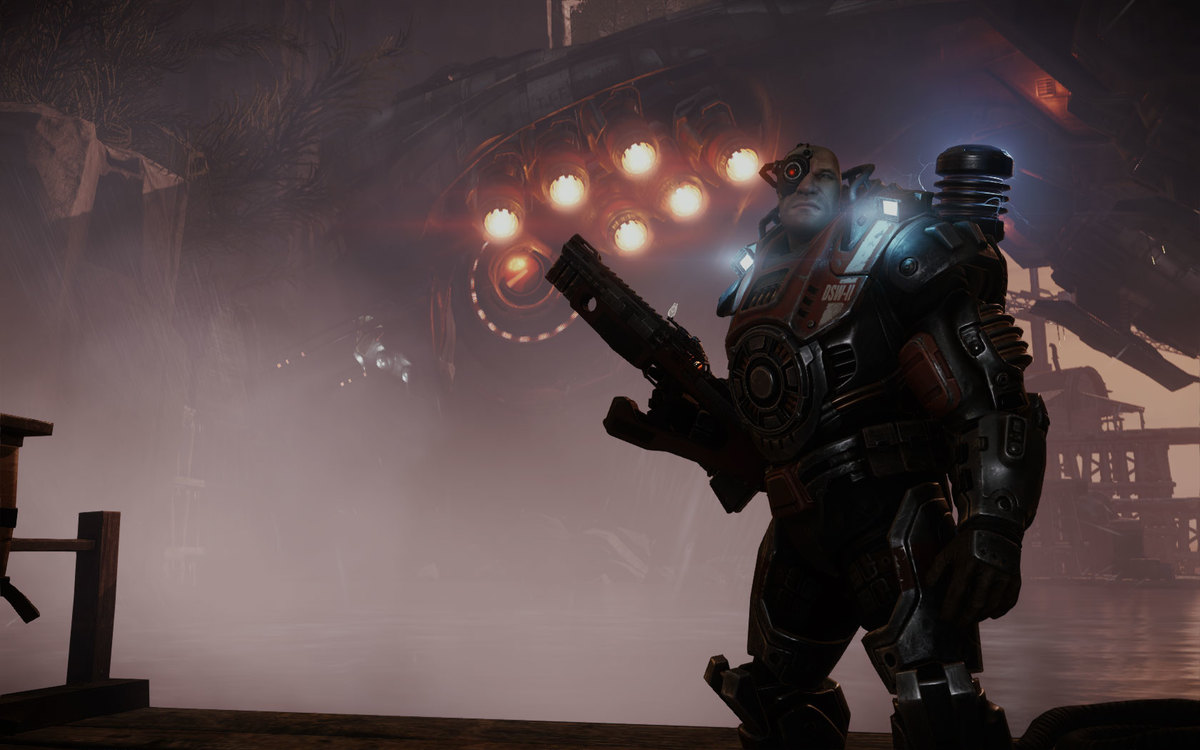 There are a total of 12 Hunters in Evolve and at the start of the game, only 4 of them are playable with the remainder being unlocked as you play specific Hunters. Each of the four compliments the other and are all designed to combat the Monster as a team, with each Hunter also having a unique class ability.

Assault are the main damage dealers of the team. Their Shield is incredibly powerful for surviving against the initial Monster attack.

Trappers specialize in tracking down and trapping the Monster, their Mobile Arena creates a small fighting space that doesn't allow the Monster to escape.

Medics focus on keeping the team alive. Their Class Ability is the Healing Burst, which provides a large boost to health.

Support has variety of versatile tools for aiding allies, with reliance on the Cloaking Device to stealth their allies. 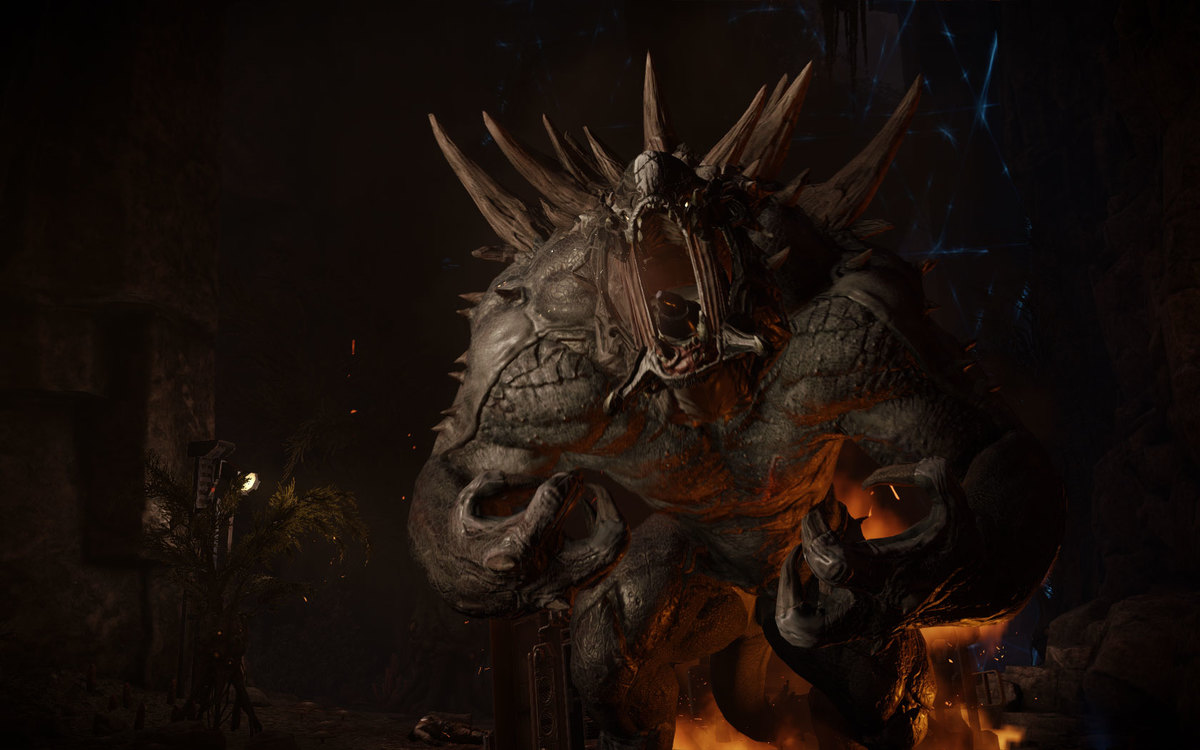 There are a total of 4 Monsters in Evolve, although there are only 3 currently playable. The fourth, Goliath, is not yet in the game but is ready for implementation. The other three play vastly different and are all challenging to play well. Goliath is a melee orientated Monster that can survive large amounts of punishment, Kraken offers long-ranged attacks and Wraith is a stealth-focused Monster with melee attacks. Lastly, Behemoth has the inability to jump but instead turns into a boulder to quickly travel the map.