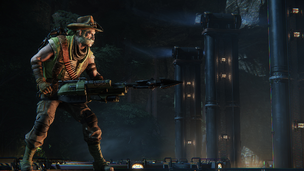 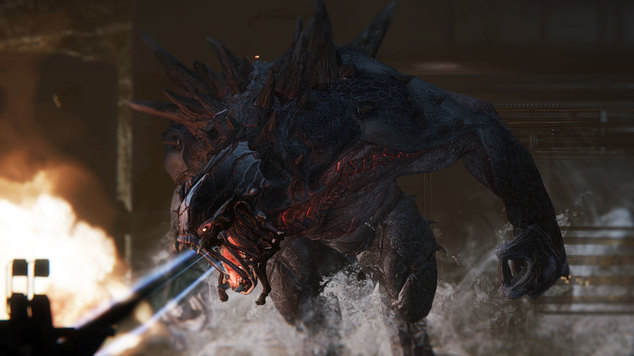 Evolve Monster Guide - Goliath
In this guide we provide players with an overview of the Goliath Monster, including a video of how it should be

The Goliath is the first available Monster in Evolve. It’s an extremely strong creature that’s predominantly relies on melee attacks to damage opponents. As a melee fighter, it’s best to be in and amongst the enemy Hunters so that you can deal maximum damage quickly. The more you eat and the more you Evolve, you’ll gain the opportunity to unlock additional skills and significantly improve those you already have. It’s incredibly important that you Evolve as quickly as possible. Although you’re a melee Monster you do have two ranged attacks: Rock Throw and Fire Breath. While they are ranged, their distance isn’t great and as is the case with Rock Throw, if you’re too far away from Hunters they can easily dodge the projectile. It’s still best to use these skills close up. Lastly, at the start of the match unlock Rock Throw, Leap Smash and Charge. These three attacks are incredibly powerful against Hunters early on, in comparison to Fire Breath. 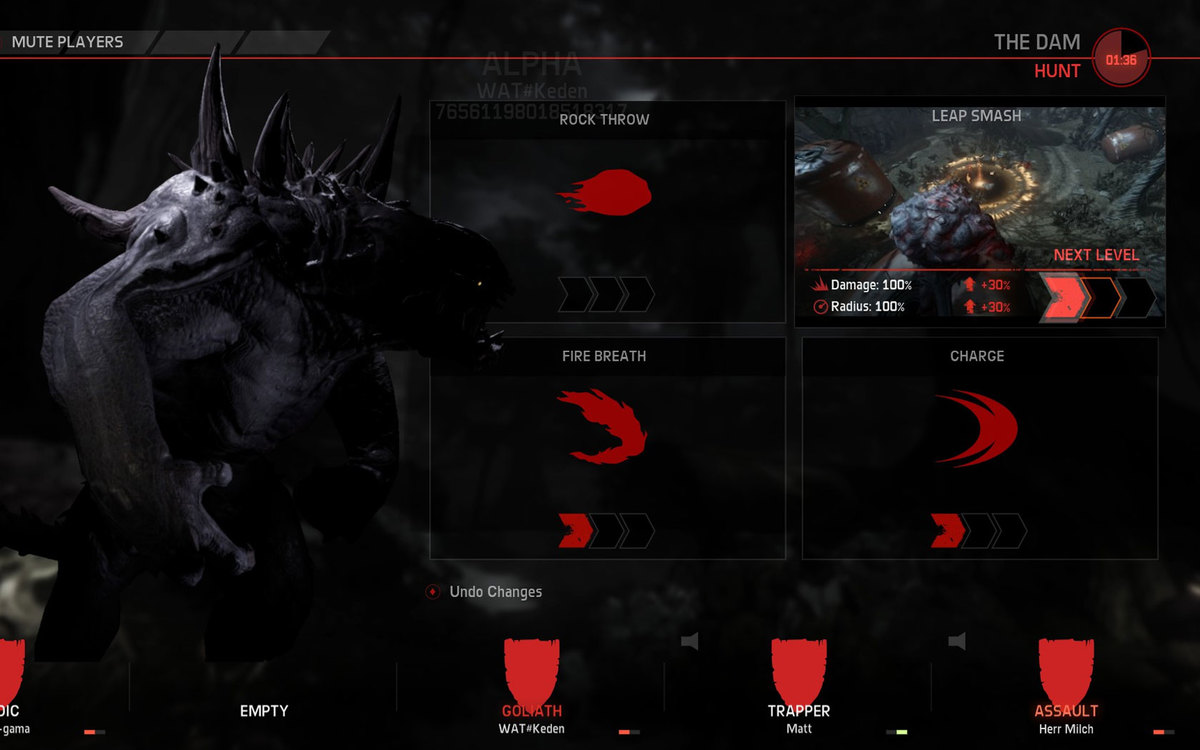 The Goliath rips a massive chunk of rock out of the ground and throws it wherever you aim. If hit, the target takes massive damage and is knocked backwards. Rock Throw is exceptional at close range because it’s difficult to miss with. At Stage 3 Evolution, it can kill an opposing player in one hit. Although it’s possible to use the skill from range, I’d recommend you try not to simply because it’s so easy to avoid. At mid and close range, it’s amazing and you’ll want to upgrade this as quickly as possible.

The Goliath will leap into the air towards the target location and slam into the ground. Upon landing the Goliath slams his fists down, damaging those it hits. By changing the direction mid-air, you can slightly affect where you land. It’s important that you do this as it can sometimes be just enough to move into the direction of a Hunter who has adjusted their position. Leap Smash deals enormous damage and you can leap quite far using it. For that reason, it’s amazing at initiating combat and escaping it.

Fire Breath sprays a jet of flame over opponents to cause burning over time. It’s range is relatively short but it’s great for scattering Hunters who are grouped too closely. The damage it deals isn’t enormous although it pairs well with just your fist smashes. I’d recommend you upgrade this last.

This attack allows the Goliath to charge forward and push aside anything in its path. It knocks Hunters back and deals some damage. Primarily it’s used as a tool to close the gap between you and them and if necessary, prevent someone from resurrecting a downed Hunter. You should unlock this early as it offers a good method of escape, but I wouldn’t upgrade it until you are Stage 3.

Evolve Hunter Guide - Hyde the Assault
The sociopath with a knack for killing monsters deals the most damage of any hunter in the game.