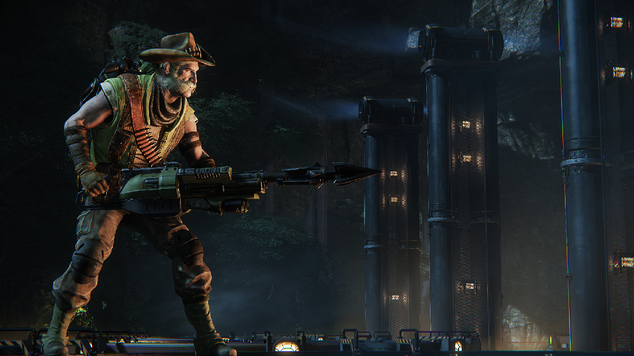 Griffin is an unlockable Hunter Trapper who makes up for his lack of a tracking Trapjaw with his sound spikes, capable of picking up a Monster’s movements from great distances. Deploying an array of sensors across the map make avoiding detection almost impossible for all but the stealthiest monsters.

Once the monster has been found, Griffin uses his trusty harpoon gun to lock it down while his comrades hit it with the big guns. The harpoon gun is a lot like the harpoon mine used by Maggie, only instead of being mounted in the ground Griffin anchors the other end of the link. This allows Griffin to more accurately control the monster’s movements while following it throughout the fight.

Griffin’s side arm is a fully automatic sub machine gun capable of doing medium/ light damage to enemies at close range. Because of the weapons short range and less than stellar accuracy you have to be dangerously close to the monster for it to be effective.

The go to monster tool of Griffin, the Harpoon Gun is extremely effective at slowing a monsters escape or preventing them from attacking your fellow hunters. When a harpoon connects with the monster a link will be formed between it and Griffin. While this link remains, the monsters movement will be limited except if it is moving towards Griffin. The link can be broken if the monster get’s too far away, if it knocks back Griffin, or if a piece of terrain breaks the link. 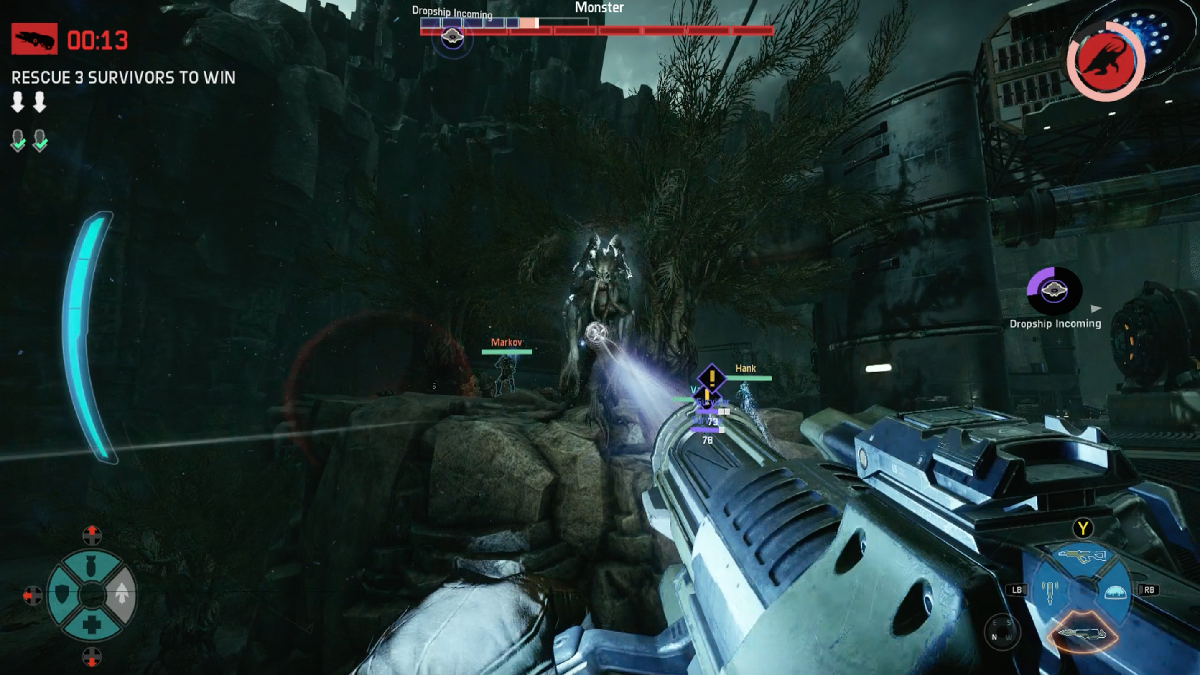 The sound spikes are Griffin’s primary means of detecting and tracking a monster. Any monster that comes within 50 meters of one of the spikes will be detected which will place an icon of it’s location in every hunters HuD and mini map. Up to five sensors can be placed around the map at one time.

Rounding out your kit is the class standard Mobile Arena, capable of locking down all monsters (and hunters), preventing their escape and hopefully ensuring their demise. Always deploy the mobile arena as soon as you come within range of the Monster to prevent it from escaping.