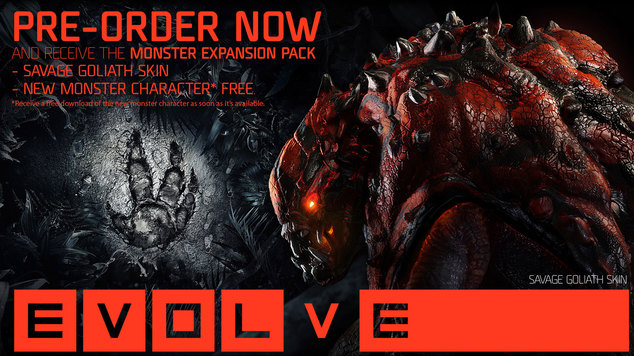 Evolve: Digital Editions Version Comparison
In this guide we provide a breakdown of what you get for your money when buying different versions of Evolve.

Evolve has launched with four versions of the game. That can be pretty confusing when you’re trying to understand how to spend your money, so we’ve put this simple list together to let you know what you get and what is the best bang for your buck.

The four digital editions of Evolve are the following:

All of them, with the exception of the Standard edition, include extra content. What makes it confusing is the reference to Download Content and Season Passes, when the game has only just launched. The Season Pass is directly linked to new Hunters, while the Download Content (or DLC) is specific to Monsters and Skins. Forgetting those references, what it basically means is the money money you pay for your copy of Evolve, the more you’ll get now and in the future.

Which Should I Buy?

In all honesty, it depends entirely on your passion for Evolve and your budget. Of all the skins I’ve unlocked so far, they’re all pretty rubbish. A minor colour change or texture and that’s about it. As for the Hunters, you’ll gain additional ones when they arrive in game but the current default 12 are excellent. They fill all possible niches you could imagine within the class structure so anything about that is fluff. The game doesn’t need additional Hunters outside of those already in the Standard edition. That then, just leaves the Monsters. Considering only 3 are in the game at the moment and the other 2 will be coming, I’d say this is potentially the only place where you’d want the extra Monsters.

Unfortunately there’s no news yet on how much seperate Monsters will cost if you were interested in buying them later down the line, though I’d expect at least $10-15 for one. You then have to weigh up as to whether or not buying them now will save you money in the future. Either way, what Turtle Rock have done is pretty poor and I think this model is one that definitely shouldn’t be repeated in the future, especially on launch day.