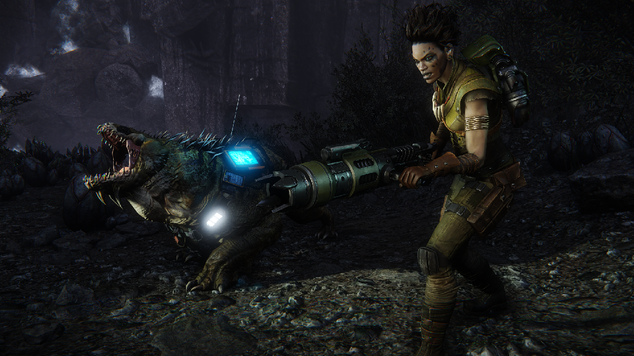 Evolve Hunter Guide - Maggie the Trapper
How to track and contain Monsters as Maggie and her scaley friend Daisy.

A hunter with a mysterious past and an even more mysterious pet, Maggie is one of the first Trapper class hunters you’ll get to take into the field. Maggie’s strengths lie in her ability to lock down monsters with Harpoon mines, her powerful machine pistol, and of course her ever-faithful Trapjaw Daisy.

The designated tracker of the duo, Daisy can quickly lock on to a monster’s scent and then use her speed to lead the party of hunters straight to wherever it's hiding. Once the battle has begun Daisy continues to amaze by being able to resuscitate any of her fallen comrades with a “Reviving Lick”.

Maggie’s gear is easy to use and extremely effective. Her machine pistol is capable of firing at an extremely high rate and does a good deal of damage to targets at close/ medium range.

Maggie’s trapper gear is no less impressive. Her go to tool for every monster fight is the harpoon mine. Once placed and left to activate for a short period or time, harpoon mines will fire at any monster that comes within range. Any monsters hit by a harpoon mine will receive a large reduction to their movement speed, leaving them vulnerable to attack by you and your teammates. 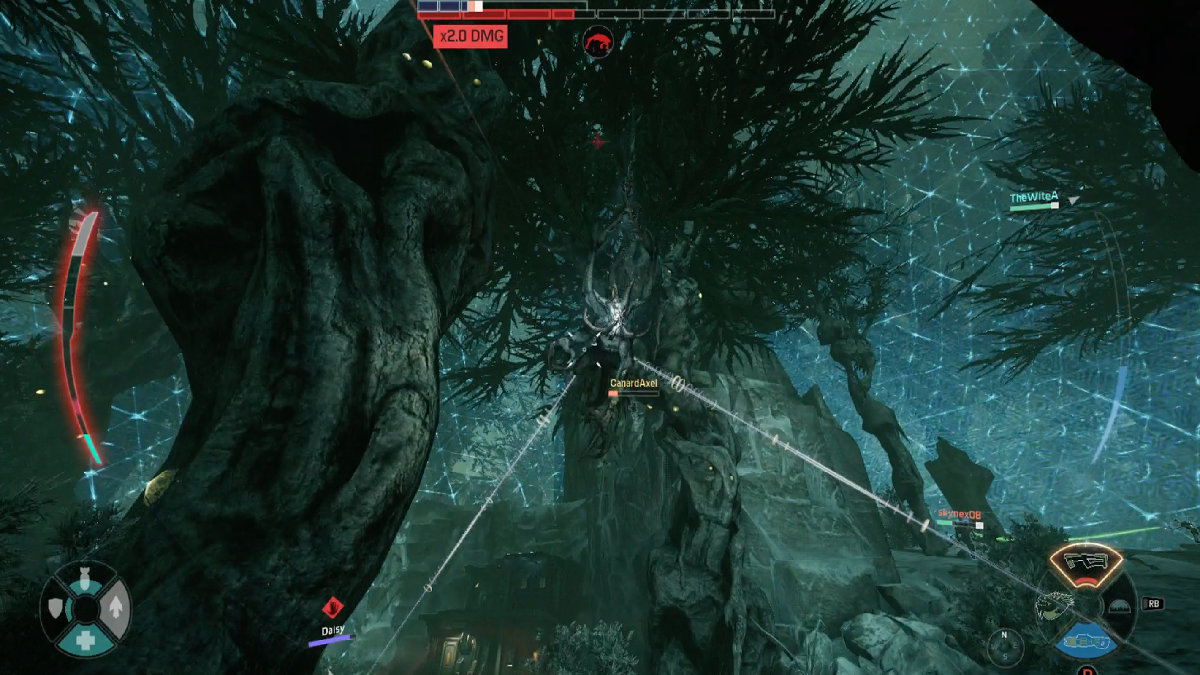 Rounding out your kit is the class standard Mobile Arena, capable of locking down all monsters (and hunters), preventing their escape and hopefully ensuring their demise. Always deploy the mobile arena as soon as you come within range of the Monster to prevent it from escaping.

Knowing how to track with Daisy is very important as it reduces the amount of time it takes you to locate the monster, preventing it from reaching higher stages and winning the match. Fortunately she is a very easy to understand Trapjaw, and will very rarely lose the scent of the monster (and even then only for a second).

Daisy's status is displayed via an icon above her head and through her body language. If the monster symbol is above her she has successfully caught the scent and is headed toward the monster.  She will also sometimes howl the first time she picks up the scent or if you get too far away from her. 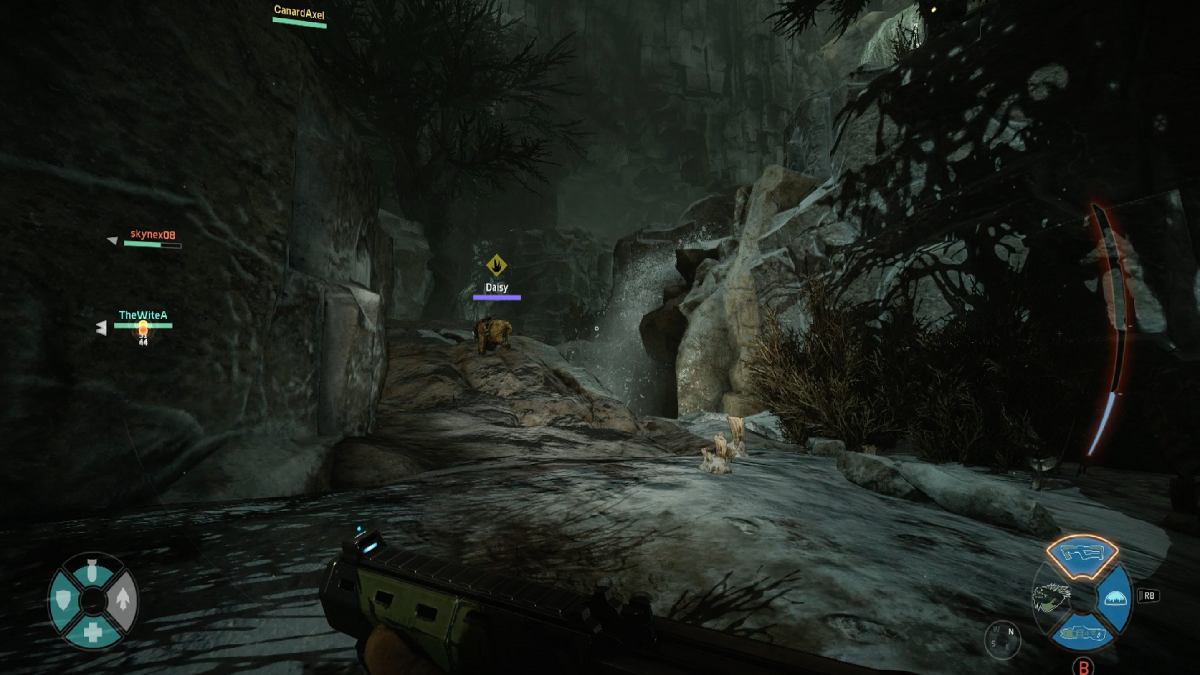 If you see Daisy sniffing around slowly with the monster icon above her head be careful, it means there is a monster sneaking around nearby in stealth mode. This is usually a good time to get the mobile arena ready for capture.

Occasionally Daisy will completely lose track of the monster’s scent, indicated by a lack of any icon above her head. If this is the case simply walk her around a new area for a bit and she will quickly be back on the trail.