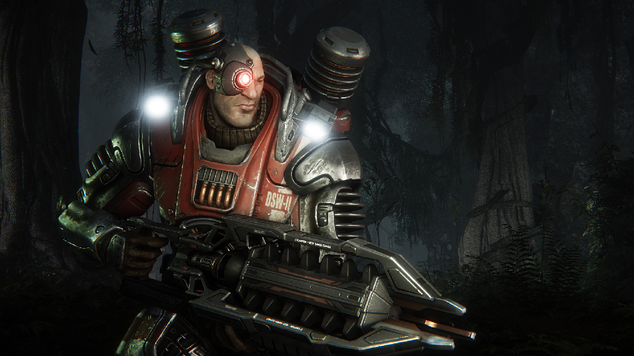 You’d be hard pressed to find a hunter that enjoys his work as much as Markov does. The assault specialist is at his happiest when he’s facing down a giant monster with his powerful Lightning Gun and Assault Rifle.

While he does specialize in damage and not survival Markov is by no means a push over. His Arc Mines are great at “convincing” the Monster to keep his distance, and his personal shield renders him almost invincible for short periods of time. If you’re looking for a well-rounded damage dealer in your next monster fight, consider giving Markov a try.

If you haven’t guessed it already, Markov has a thing for lightning. His main armament is the all-powerful lightning gun which fires high-powered bolts of electricity at whatever target is unfortunate enough to be at the other end.

Being a channeled energy weapon, the range for the lighting gun is quite short when compared with a ballistic counter part, but it more than makes up for this shortcoming with a very high damage output. Another bonus of the lighting gun is that it will chain to any other wildlife near the primary target, perfect for removing entire packs of unfriendly wildlife.

Although it’s technically Markov’s secondary weapon, the Assault Rifle is capable of doing large amounts of damage over a very short period of time. It comes equipped with a 60 shot clip full of rounds that are effective at medium to long range, and has the added benefit of being able to target any of the available weak spots on the monster. 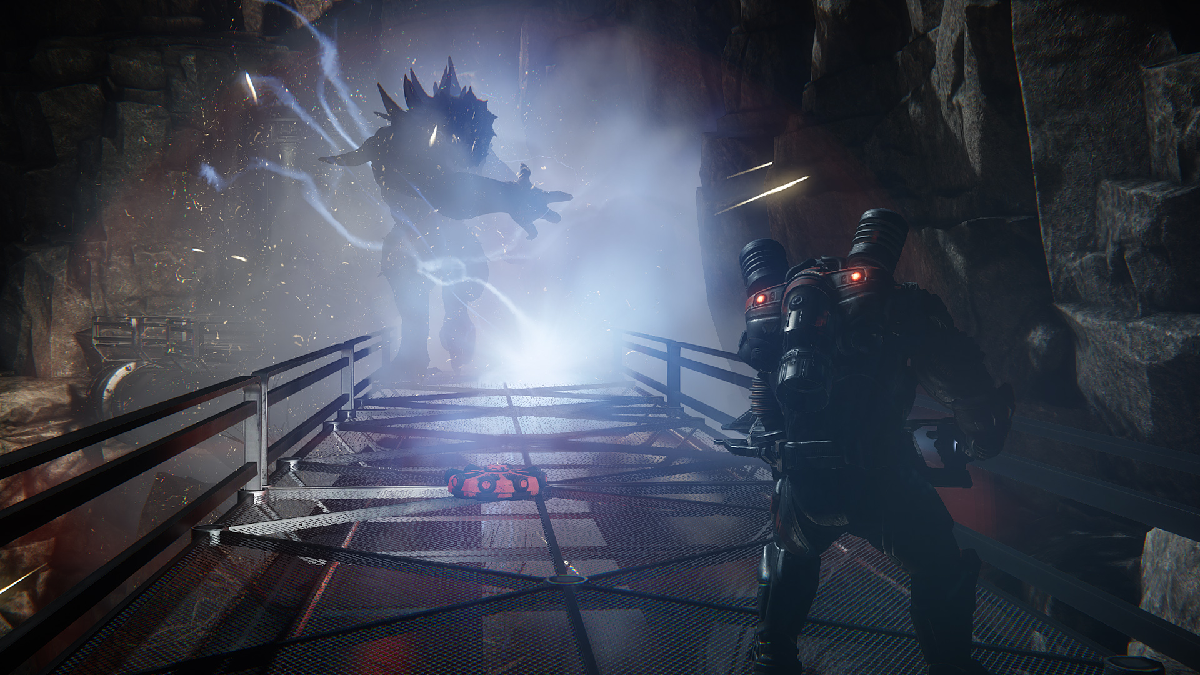 Markov can deploy up to 5 Arc Mines at one time. If the enemy monster happens to step on one of these mines he will be hit with a high-powered blast. In fact, the Arc Mines do the most damage in one shot of all of Markov’s weaponry.

Once a mine has been deployed it takes 3 seconds to arm. During the arming process if it is attacked or stepped on by the monster it will be destroyed without going off. Teammates cannot set off mines by walking over them

The assault class standard personal shield is perfect for keeping you alive long enough to get that last bolt of your lightning gun or assault rifle off. When activated, the personal shield renders its user practically immune from damage (it takes a ton of damage to break) for ten seconds. After those ten seconds are up the shield comes down and you’ll have to wait another 30 seconds until it can be used again.