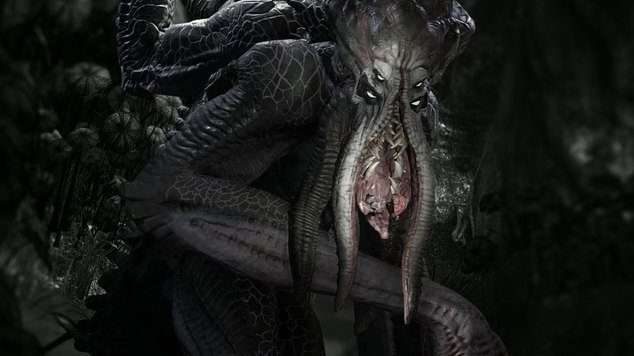 Evolve Monster Guide - Kraken
In this guide we provide players with all they need to know about the Kraken, as well as a video of a victory a

The Kraken in Evolve is based on H.P Lovecraft’s fictional character 'Cthulhu'. While the Goliath moves on two legs, the Kraken walks on all fours unless standing on its hind legs. As a ranged based Monster, the Kraken utilises a variety of electricity based attacks in order to defend itself and harm others. The two appendages on the Kraken’s back allow it to swing its melee attacks in a wide arc to cause injury to anything hit and are also used to allow the Monster to fly for short periods. Although you’ll primarily attack Hunters from afar, you aren’t weak closeup as many of your attacks will quickly hit their target if you are within melee range. The only downside to the Kraken is that his flight speed isn’t particularly fast and he is squishier than Goliath. I’d also argue that he’s harder to learn due to some of the aim requirements of his skills (especially his auto attack when flying). 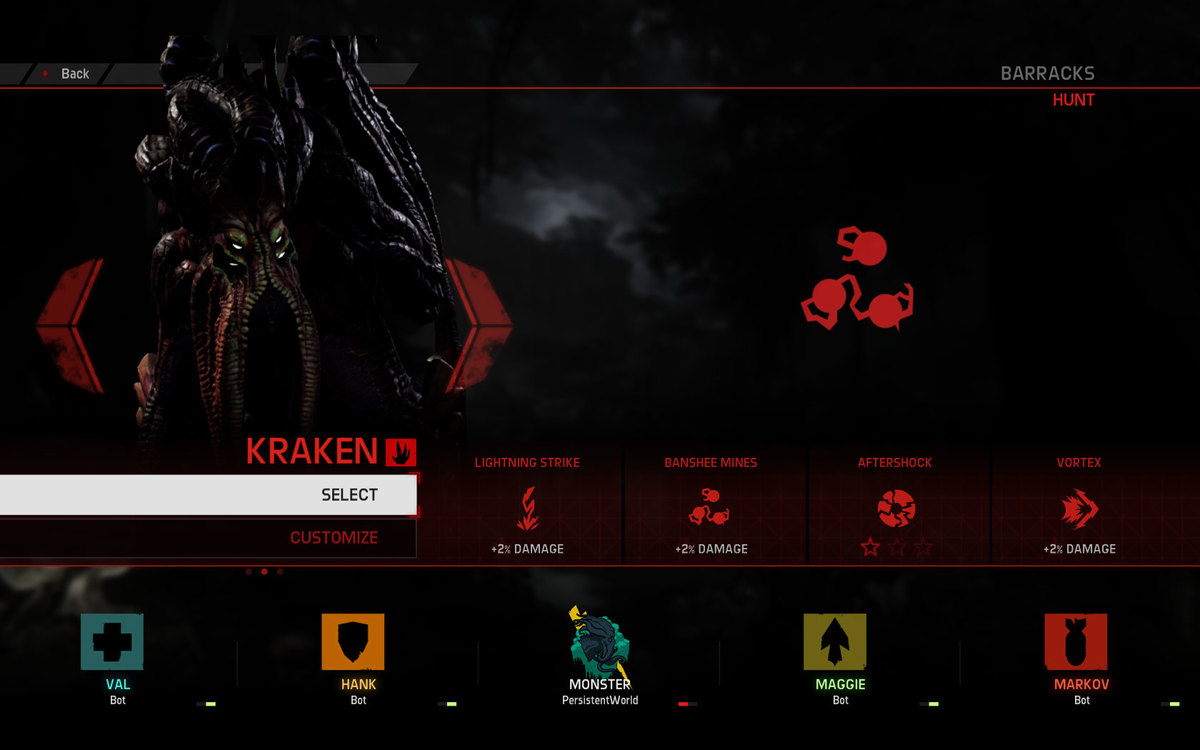 Lightning Strike is an incredibly powerful ranged attack that allows the Kraken to focus three points of lightning into a single point. After a brief period it will detonate, causing enormous damage to anyone in its blast. With the skill taking several seconds to aim and prime, it’s sometimes difficult to pin down Hunters with it. Fortunately, its blast radius is large and for that very reason, if you’re in the air it’s fairly easy not to miss with. You should aim to use this skill as often as possible and it’s the best skill you have for killing downed Hunters.

Banshee Mines are pulsating orbs that will gravitate towards Hunters when cast. They deal huge damage but they can be destroyed if fired upon. They’re great to throw down when retreating or if used offensively with Aftershock. I’ve found that throwing all of them out in front of me while I Aftershock activated is capable of dealing an enormous amount of spike damage.

After a delay of several seconds the Kraken will cast out electricity in an area around itself. It can only be used on the ground so is a last resort skill when you are unable to fly. It’s useful to use Aftershock on downed Hunters while meleeing them as it allows you to pump out high damage quickly. Aftershock is also incredibly strong in close quarter areas where Hunters have few places to hide.

Vortex is one of the most powerful skills available to the Kraken because it knocks players back while dealing a large amount of damage. It’s exceptional even at Tier 1 and because of that, I’d recommend you always pick it up at the start. If you can aim for Hunters who are stood on cliffs, you’ll often knock them down and force them to use their Jetpack juice to get back onto a higher position.