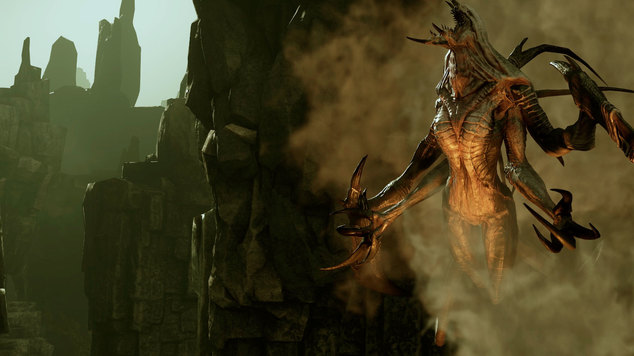 Evolve Monster Guide - Wraith
In this guide we provide players with an overview of the Wraith and some tactics for play.

I would argue that Evolve’s Wraith is the hardest of the three available Monsters to be effective with. Not only does it have a smaller armor and health pool than the Kraken or Goliath, but its attacks provide only limited ways of mitigating damage. Combined with the fact almost every attack involves melee, it requires the player to be clever and subtle. Fortunately, the Wraith has a huge amount of agility and mobility that allows it to travel the map quickly and engage players through teleports and decoys. Utilising the jump key causes the Wraith to teleport forwards but be careful, although this is silent you will leave a white trail of particles. 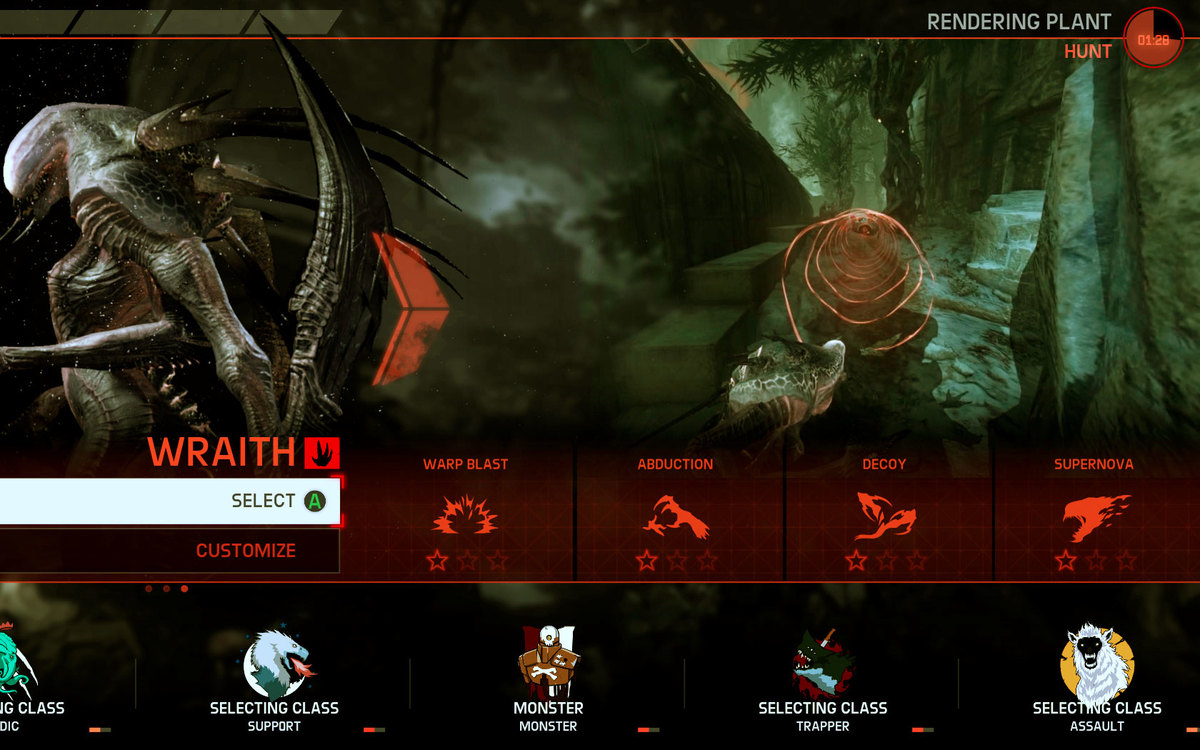 Using Abduction will transport the Wraith directly onto an opposing Hunter. Once you’ve grabbed them, you’ll teleport backwards while doing damage. It’s primary use it to separate out the Hunters from the rest of the team or if a Hunter is attempting to flee.

Without doubt, Warp Blast is my favourite Wraith skill. It allows you to travel forwards at frightening speed. When you land you’ll explode, dealing massive damage and knocking Hunters back. You should attempt to use this skill when Hunters are grouped together or when they’re near the edge of a platform so you knock them off.

An excellent skill to use in and out of combat. Decoy creates a clone of yourself that attacks your foes, while stealthing you. It’s brilliant for allowing you to reposition and escape or attack a new target. The decoy moves in the direction the Wraith is facing when activated and leaves a barely visible trail, providing hunters a hint of it being a fake. Please also note that warping will disable the clone.

Supernova is the Wraith’s strongest skill. It traps Hunters small arena while also providing the Wraith with additional damage and speed. What’s especially powerful about Supernova is the fact that charging it will also provide the same boost to your Decoy, meaning there’s two super-charged Wraith’s fighting at once.