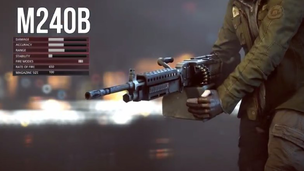 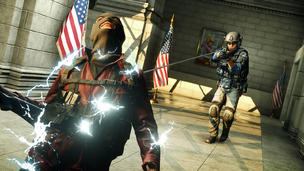 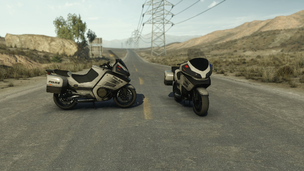 The Vehicles of Battlefield: Hardline
Complete list of vehicles in battlefield hardline and some of their perks.
Guide
Battlefield Hardline 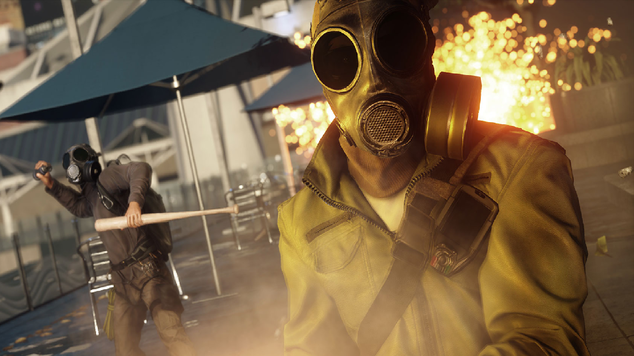 Grenades in Battlefield Hardline can serve a variety of purposes. Frag grenades are great for taking out enemies in tight quarters or lightly armored vehicles. Flash bangs can disable enemy infantry leaving them vulnerable to attack, and smoke grenades are perfect for covering your troop movements.

Knowing what grenade to use when is crucial information to have as a new recruit, and can drastically improve your combat effectiveness. To make sure you’re prepared for the field, here’s a list of Hardline’s grenades and how you can use them the most effectively.

Your standard issue frag grenade is capable of putting out high levels of damage in a small/ medium radius around the initial blast. A timer dictates when the grenade detonates. Pressing and holding the grenade button once arms the grenade and starts the timer. Releasing it will throw the grenade.

Frag grenades are best used in tight quarters like buildings, hallways, or other areas that you’ll find tightly packed groups of enemies with few escape options. They can also be effective against the lighter vehicles in the game such as the coupe, sedan, or even the SUV. Try waiting for the vehicle to come to a stop before tossing your grenade to improve the odds of the blast connecting.

The flashbang grenade is the ultimate room-clearing weapon. Upon detonation it emits a blinding flash and deafening bang that will disorient any enemies caught within the blast. The flashbang will also affect any friendlies (including yourself) so make sure you are clear when it goes off.

Like the frag grenade, the flashbang is best used in tight quarters to maximize its effects. Throw it around corners or in doorways before you enter to disorient enemies, making them easy pickings. The flashbang does not do damage to enemies or vehicles.

After it’s timer expires the smoke grenade releases a large cloud of heavy smoke that will obscure the vision of anyone trying to see what’s on the other side, or in the smoke. The smoke also has the added benefit of removing any spotting markers that were placed on a player or vehicle when they enter the smoke.

Use smoke grenades to mask your movements between cover, or to hide from enemy snipers. If you are going after objectives that require you to remain stationary for a period of time smoke grenades can be a lifesaver. Organize with your team to always have the objective area covered in smoke so you can work without fear of getting picked off from afar.

Gas Grenades function a lot like flash grenades, only their effect are a little more widespread and can be countered by a gas mask. When a Gas Grenade goes off it release a noxious cloud of gas that causes blurred vision to any unprotected players that enter it. The gas also has the added effect of amplifying any damage the affected person takes, meaning it will take fewer bullets to kill them, which is a pretty big advantage.

If you see a group of enemies under the effects of a gas grenade, hit them with a frag if you have it. The toxic gas will make the frag blast do a lot more damage. You can also use gas grenades to force enemies away from objectives or deter them to take another rout by blocking it with gas.

When the incendiary device goes off it covers everything in its immediate area in fire. The fire will then proceed to burn in that area for a short period of time, doing damage to any players that touch the flames.

While it doesn’t pack the explosive punch of a frag grenade, the incendiary device can cover entire areas in flame, forcing the enemy to take another route. Whether you are trying to defend an objective while you work on it, or you want to prevent enemies from escaping; use an incendiary device to block the main hallways/ methods of egress.