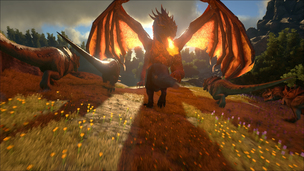 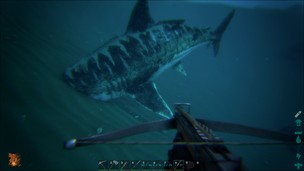 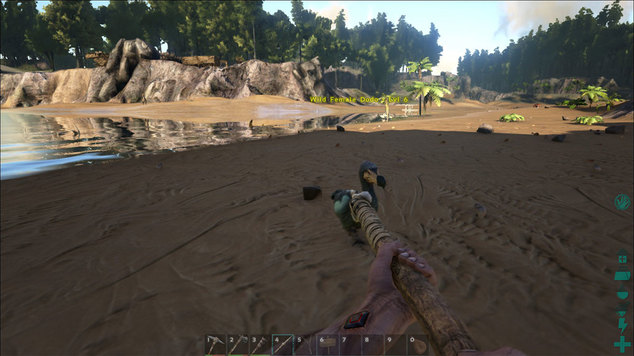 Tips for Taking Down Dinosaurs - Ark: Survival Evolved
Strategies for killing each of the game's creatures.

No matter how careful you are you will eventually come face to face with each of Ark: Survival Evolved’s menacing creatures. When you do you’ll have to act quickly, do you fight or take flight? If your answer was fight, you’ve come to the right place. Through trial and error and a lot of dead survivors we’ve compiled a list of tips for fighting the game’s less than friendly denizens. Read on to learn how to take down T-Rex’s and Squash Scorpions.

This guide is a work in progress. We will add additional animal strategies as we encounter them!

The main thing you’ll want to avoid from Dilo’s is their blinding caustic split that will cover your screen in a thick green goop that is almost impossible to see through. You can tell they are about to launch a wad of split when they stand still and pull their head back. If you time it right you can jump to the side to avoid the shot and continue your beat down. Other than the spit they are a pretty easy target.

When attacked, a Trike will try to ram you with its many horned head. Side stepping is your best friend here especially if you are attacking with a spear. Quickly circle around the Trike, avoiding it’s head, while throwing the odd jab into its body. If you can circle fast enough it’s possible to avoid getting hit altogether. 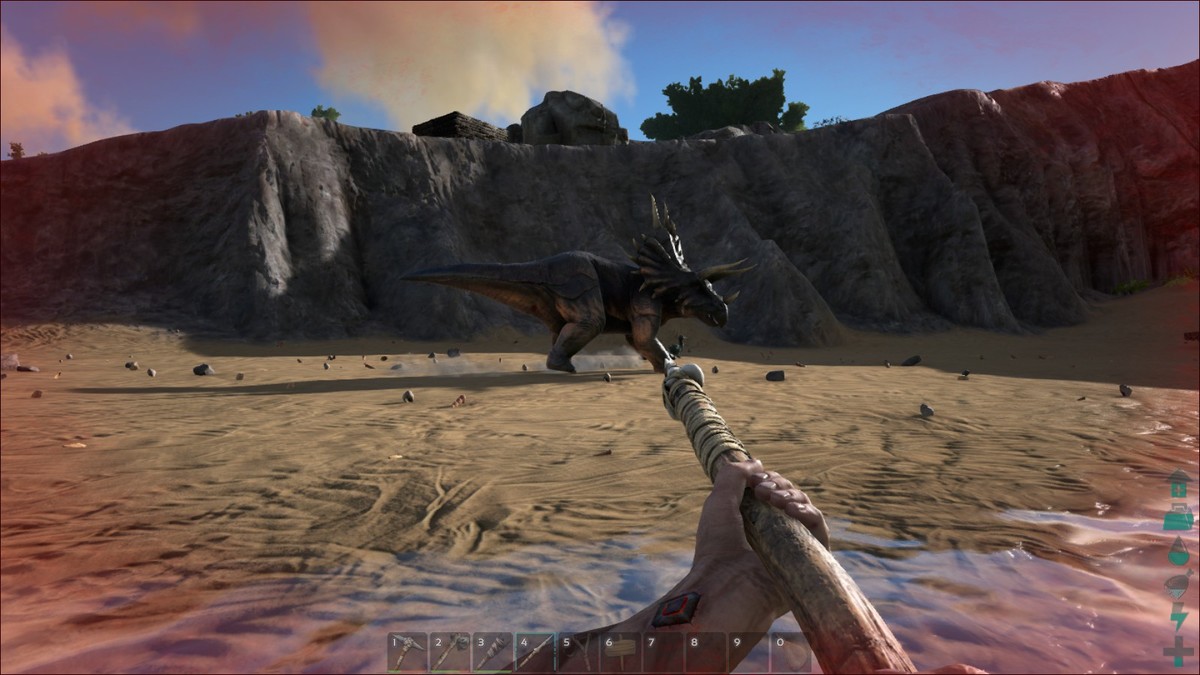 Despite their speed, raptors can actually be kited quite effectively. Whether you’re trying to kill one or knock one out for taming, when it rushes you start running backwards while constantly attacking it’s face. The raptor has a fairly small health pool that will be wiped out in a few well-placed hits.

These guys are slow as you may imagine a turtle being, so a back peddling strategy is the most effective. Start by attacking the turtles face and then back peddling while repeatedly attacking. Their slow speed will keep them far enough away that you’ll avoid getting hit, while still being close enough to hit them with a spear.

The most skittish creatures other than Dodo’s, Parasaurs prefer to run away rather than fight back. They’re extremely fast as well, so unless you get them cornered in a group of rocks or other structure, you’ll want to use ranged weaponry to take them out.

Like a little T-Rex with Horns, the Carnotaurus is surprisingly easy to take down. If you do have a tamed animal this is a good time to use it as the Carno will usually prioritize other dinosaurs over players, leaving you free to poke it with a spear or arrows.

If it’s just you, try to lure it to an area with herbivores where it will likely start attacking one, allowing you to focus on damage. Should there be no other dinos around, use ranged weapons when possible and the kite the Carno when it gives chase. Their health isn’t anywhere near that of a T-Rex so one player above lvl 15 (depending on stats) can usually take them down no problem.

Scorpions are tricky enemies to fight because not only do they do damage with each attack, they increase your torpor (lvl of unconsciousness) with the venom that they inject. It can only take 3 – 4 stings before you get knocked out cold, so approach with caution. If you’re torpor does start to rise out of control, each some stimberries to counteract the effect.

Stick with ranged weapons when fighting scorpions on foot because of their venom. If you can, position yourself on some rocks to get a height advantage over their fairly short stature. 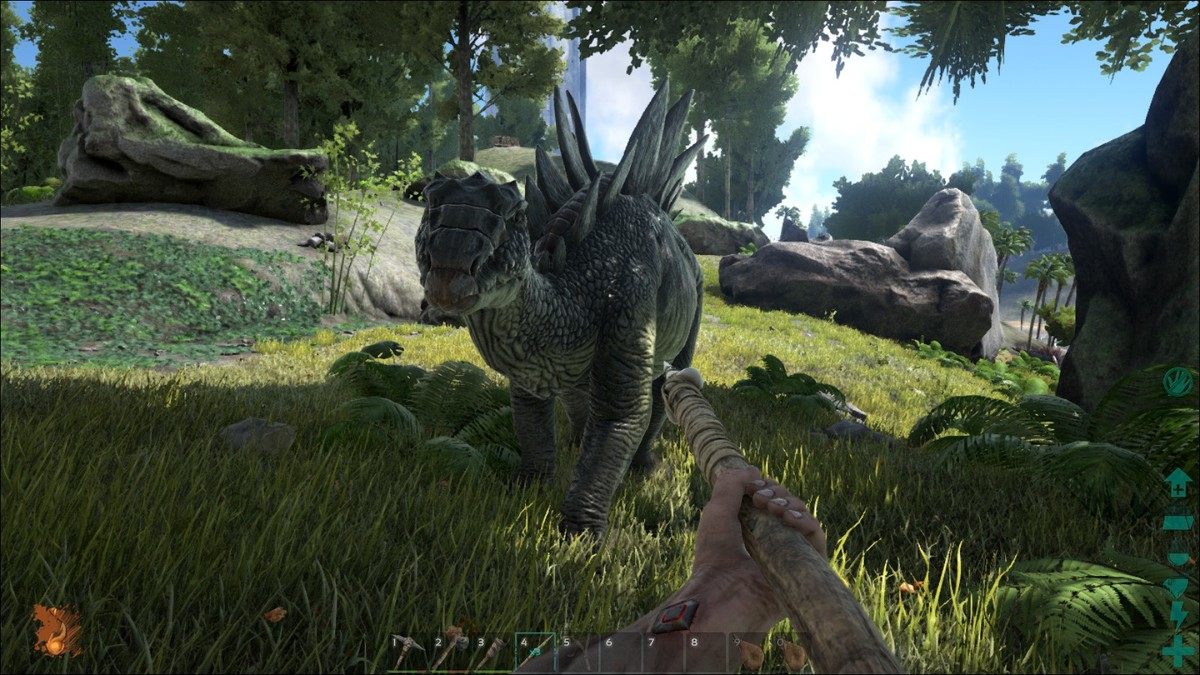 These gentle giants get awfully angry when you start poking them with spears, and will start doing massive amounts of damage to a large area via their tail sweep. Position yourself directly underneath them (in between their legs) to avoid getting hit by the tail which also knocks you back a big distance.

The deadly Sabretooth is one of the more difficult enemies you’ll come across, particularly because of its tendency to travel in groups of 2 or more. Fighting the Sabretooth face to face is a recipe for extinction, ranged weapons and a height advantage are your best friends in this encounter.

Perch yourself on tall rocks or try to trap the Sabretooth in a gully or outcropping. Since the Sabretooth almost exclusively hangs out on mountainous areas, there are no shortages of obstacles to hide behind/ on.

If you’re going into Sabretooth country you probably already have another Dino tamed. Use them as a meat shield to keep the giant fangs as far away as you can when you can’t get to high ground.