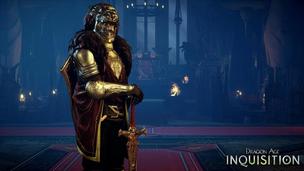 Weve known that BioWare has been working away on the next part of the Dragon Age saga for a while now. The third part of the Dragon Age story has been in development for around 18 months and today BioWare announced the official label for the game as Dragon Age III: Inquisition (DA3). Targeting a late 2013 launch, DA3 will utilize Frostbite 2 as the foundation of its engine tech. While details are scarce and nothing was revealed about the storyline, BioWares Mark Darrah has posted a new blog to confirm a few minor details about the upcoming third installment to the series.

Aside from that, there isnt much more available about DA3. Stay tuned and well update you with new details as they become available.