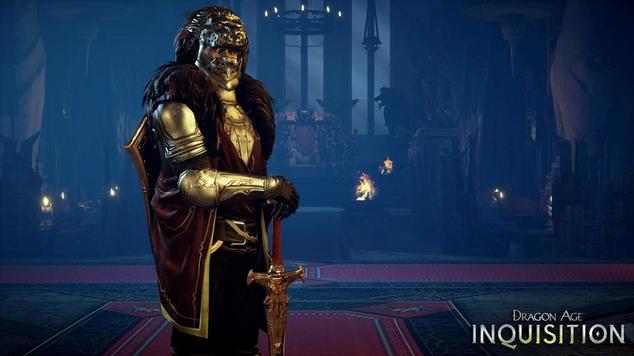 With the long holiday now behind us, those of us who didn't manage to burn off every finger are seeing that Dragon Age has posted several new updates to their Facebook page. We get a quick look at Cullen and the Advisors, who will have specific roles within the Inquisition. BioWare has stated that there will be more information about Advisors in the future, but for now, we have Cullen. We also learned that the devs will be holding a Q&A tomorrow on Raptr, and questions can be submitted beforehand.

I'm a sucker for behind the scenes information, especially when special effects are involved. The new Spit Takes video BioWare posted with voice actress Alix Wilton Regan is not only informative, but quite charming as well. She will be voicing one of the Inquisitors, who hopefully have better aim in the game than she does in the real world! Surprisingly, both comments on YouTube and Facebook have only been borderline creepy. Good job, internet.

Back to our Advisor hunk, Cullen. This weekend brought two updates, one major and one minor. The minor one is only a few images and a paragraph of text, that is only the smallest hint of a background. We learn that he has trained as a member of the Templar Order from his pre-hearthrob years. As he served his cause, he witnessed the horrors corrupted magic could do and saw many innocent lives fall to its twisted power. 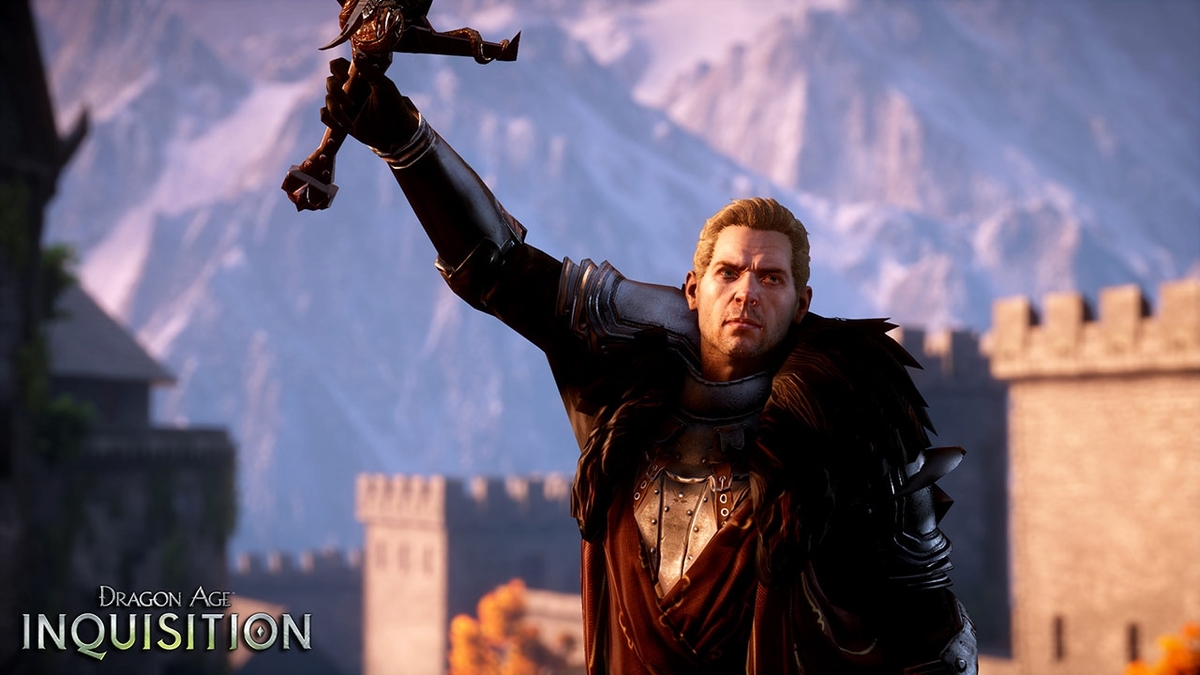 The second post about Cullen is far more beefier, and I'm restraining myself here from making bad puns. Cullen's a survivor, as we learn at the beginning of his character profile, which gives us a brief history of Cullen throughout the Dragon Age series. We learn that a hard decision for Cullen at the end of Dragon Age II is what leads to the Inquisition. Because he was a former knight-captain, his expertise makes him one of the three Advisors for the Inquisition and someone to offer you tactical advise as you play. We'll also get to hang out with Cullen outside of work, but there are no details of extracirricular activities given.

Writer Brianne Battye, who answers the questions regarding Cullen in his character profile, lets us know what it's like writing for someone like Cullen. She had to explore who he was as a person behind the suit of armor to be able to understand how to write him well.

Cullen's been through a lot. As a result, he takes his new position very seriously. Your soldiers depend on him, after all, and he will do right by them. He expects a lot of the Inquisition and of himself. Some of my favorite parts to write were the moments where he lets that drop a bit—the moments where you see him relax and he can be the person behind the soldier.

Lastly, we learn that there's a new hastag on Twitter: #cullenites and it's not just for people who played female mages in Dragon Age: Origins. Battye believes that players empathise with Cullen as a person because he sticks to his believes and convictions, and is someone who always tries to do the right thing, even if it ends in failure. This has naturally shaped who he is and how he's gotten to his position in life, and we're going to need to play Dragon Age: Inquisition to learn more about our favorite templar.