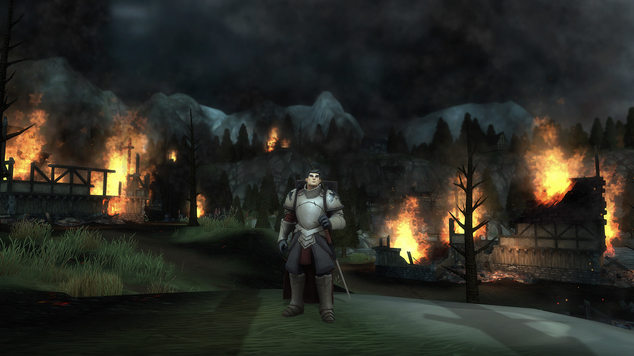 Crowfall: ArtCraft Entertainment Begin To Licence Their Technology
ArtCraft want to use what they've made, to leverage sales to other companies. Sounds good?

In a new blog post, ArtCraft Entertainment revealed they're forming a secondary company - ArtCraft Technologies. This new spinoff will concentrate on licencing their technology to other up-coming MMO companies. In simple terms, it means more money for Crowfall which can be spent on more Engineers. All in all, I think this is a very clever move by the company, as it'll provide much greater long-term stability.

This morning we announced a new division of ACE -- ArtCraft Technologies.  This is a long-term strategic move for our company; the intent is to build a technology base that we can not only leverage internally on future titles, but that we can also license to other studios.  In the short term, this also provides two immediate, impactful benefits:

1. We signed our first major customer, and the funds from this will be used to hire a "core technology team" of 6 to 8 senior engineers.  These individuals will be tasked, first and foremost, with bolstering and optimizing the Crowfall technology base in preparation for alpha, beta and launch.

2. To run this division, we recruited Josef Hall, a name that some of you might remember from my previous Murder of Crows videos.  Josef was the co-creator of both Shadowbane and Wizard101.  We've been business partners for 15+ years (every company until ACE, in fact) and not having him here at ACE for the last few years has felt, for me, like I was fighting with one arm tied behind my back.

His experience, design acumen and technical chops are a huge win for our team.  I believe that Josef and his engineer team are going to be a force multiplier for Crowfall, and for our future game titles.  Simply put, I can't imagine a better addition to our executive team.