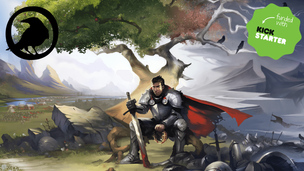 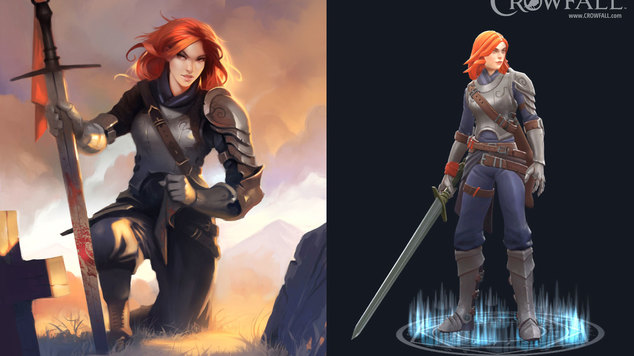 What do you know about Crowfall? If you're like me, probably very little. This game seems to have slipped under my radar and even though my colleague has covered its character creation very briefly, its finally caught my eye this week. So what's it about and what is Hunger Week? To address the former Crowfall is still a massively multiplayer game but its developers, Artcraft Entertainment, are trying to do something a little bit different. They class it as a Throne War Simulator because, "it has elements in common with strategy games, political simulators, survival games… and a few elements that don’t really exist anywhere else." You still go about creating your class and have an archetype but its combat and economy sound considerably different to that which we'd normally play. 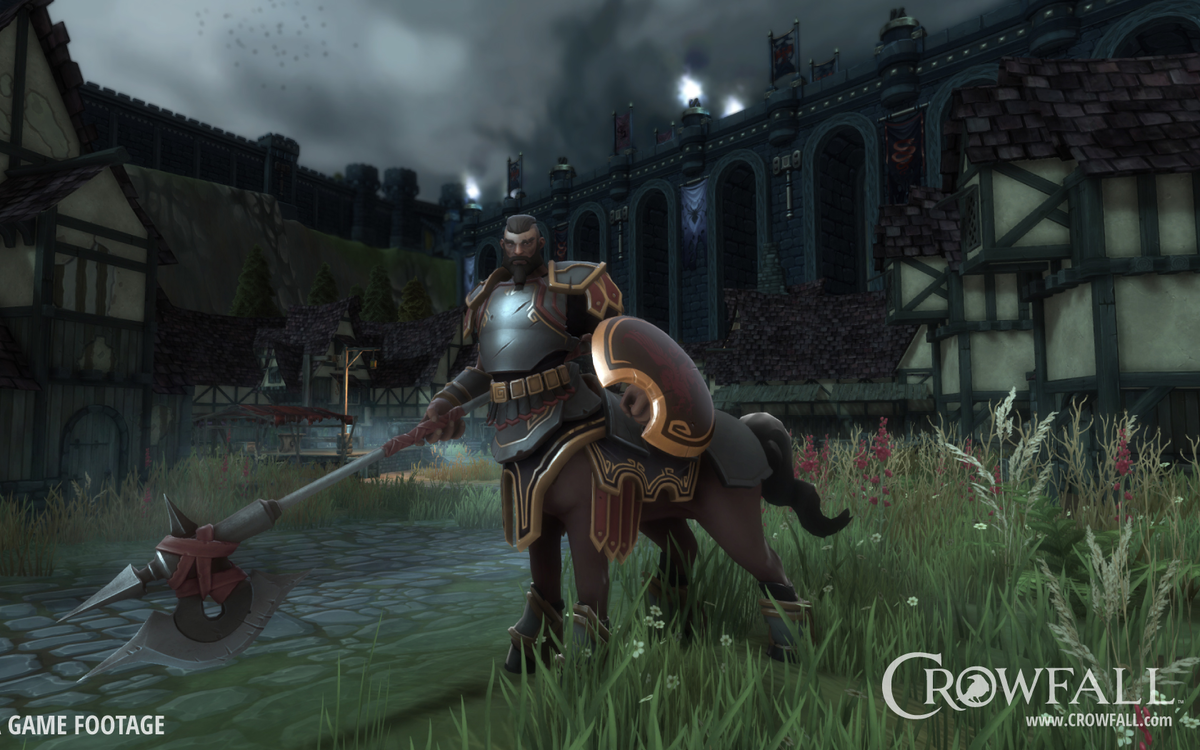 Where Hunger Week is concerned and having re-read the official forum entry by Coleman several times, I'm not exactly sure. I think what he's getting at is proposing the possibility that Crowfall is something more than just an MMO and instead, is looking towards long term strategic play where your character is persistent but the world he or she inhabits is not (are you still with me?). Coleman states in his blog:

One of the key elements of strategy games is they have a win condition followed by a board reset.  You start the game, you play the game, someone wins.  You reset the board and start a new game.

One of the key elements of MMOs is that they are persistent.  Actually, that’s not the right word, is it?  They’re permanent.  Players expect to play them over years, and the game world is (generally) static.

Can they be married together?  I think they can.

It's definitely an interesting concept and one that has peaked my interest immeasurably. It looks as though players will be permanent but over the course of a campaign, the world you inhabit will eventually succumb to a force known as The Hunger. This consuming enemy will always cripple and destroy the world you inhabit with players taking on the roles of Divine Champions, immortal participants in the War of the Gods.  They'll join the Campaigns to scavenge the Dying Worlds for relics, resources and glory. 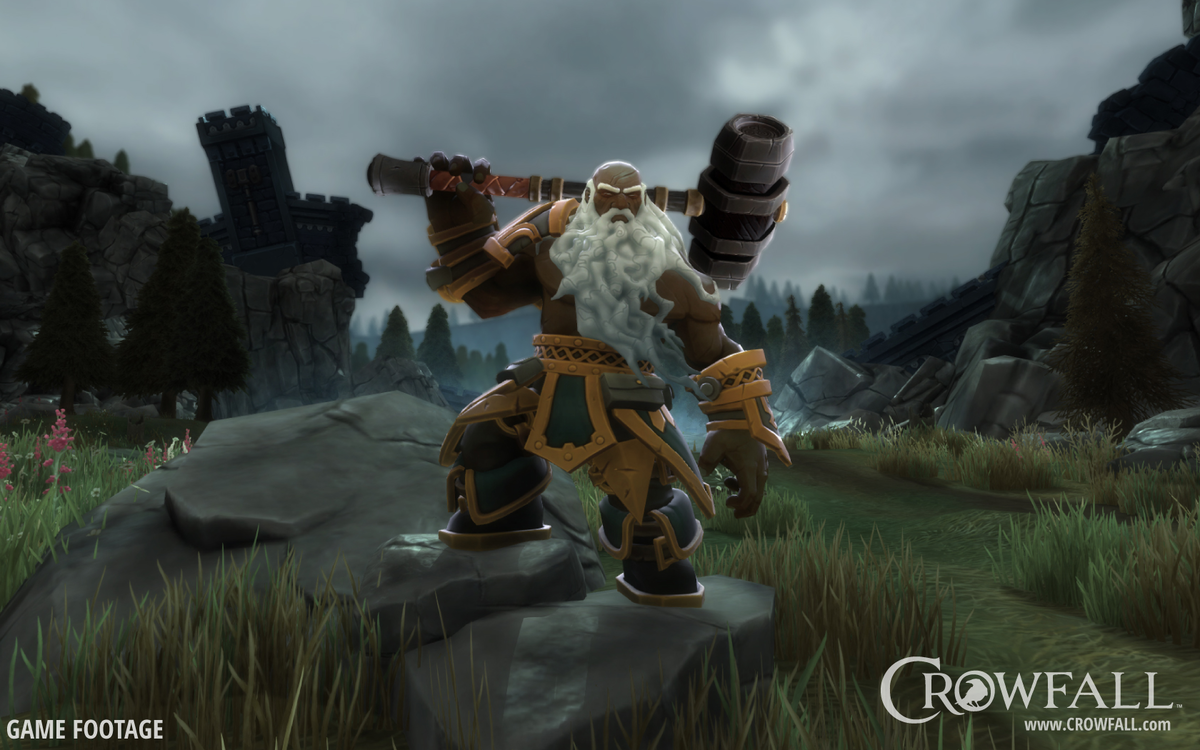 The whole concept of players starting out on a new world only to have it ravaged by time and a destructive force is fascinating, especially when the world ends and you begin anew. Coleman makes several references throughout the blog post to Shadowbane which, accidently, had a similar system at certain times.

We saw a similar pattern emerge during the SB beta… by accident, not design.  Occasionally, changes to the game design would require us to wipe the world.  Every time it happened, I was worried that players would quit the game. Instead, we saw incredibly high peak concurrency numbers after each wipe.  Every time.  The “land rush” to grab the key positions in the new world was incredibly alluring.  If the world map was unique, I expect it would have been even more popular.

At this point I really need to know more about Crowfall but from this one post alone, it has shot up my list as a must have game. If all that wasn't enough, images of the Templar in combat have just gone live: doesn't it look gorgeous?  You can read the full blog post here and visit the Templar page here. 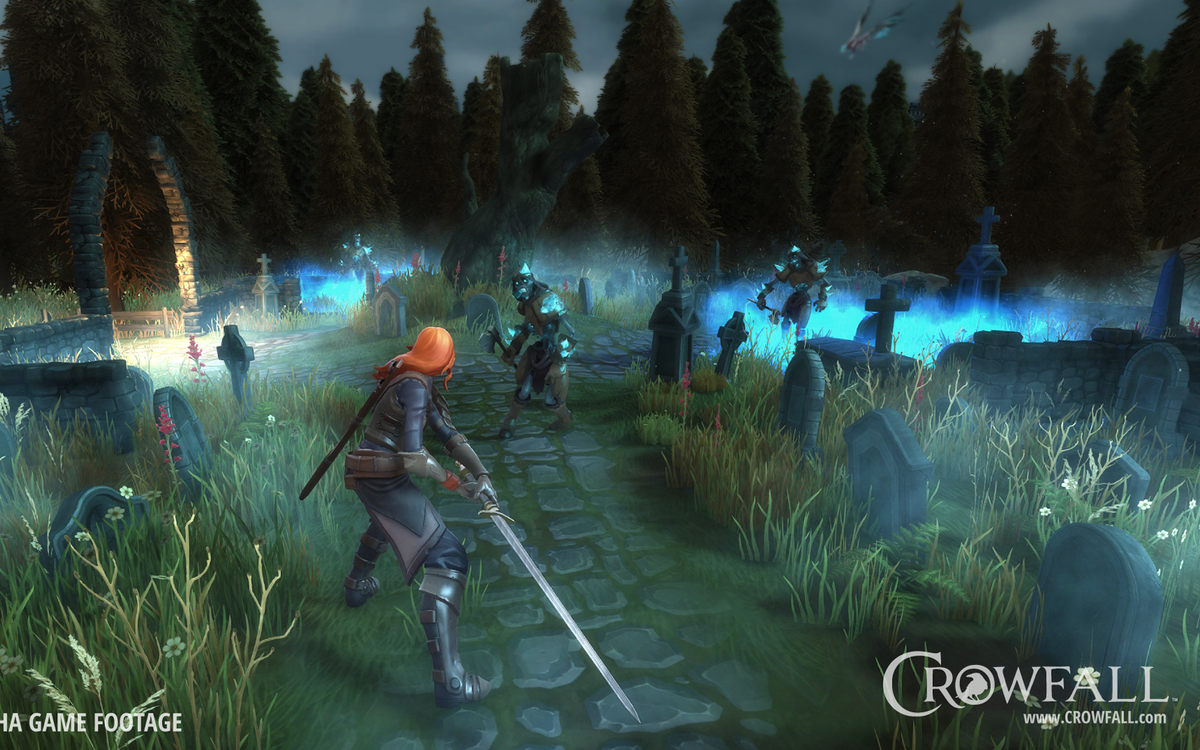