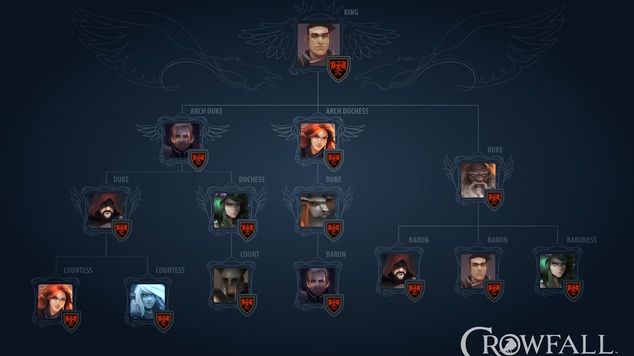 Crowfall's New Character Creation Tease
ArtCraft Entertainment, the studio behind Crowfall, has been teasing us plenty with concept art, which all lead

We're still waiting to find out exactly what Crowfall is, and the countdown timer on the official website is telling us that we still have a good 34 days before we'll get to know. However, for the past week, ArtCraft Entertainment, the studio behind Crowfall, has been teasing us plenty with concept art. The community is invited to play a guessing game with the developers, which is a good way to let a community build its own hype when there's either not any news to report, or the news isn't ready yet (such is the case with Crowfall). Since last week, we've seen two character creation reveals, banner concept art, a cryptic tree, a lady Templar wearing actual armor, and today we learn that guilds will not be the only social structure with a hierarchy tree. 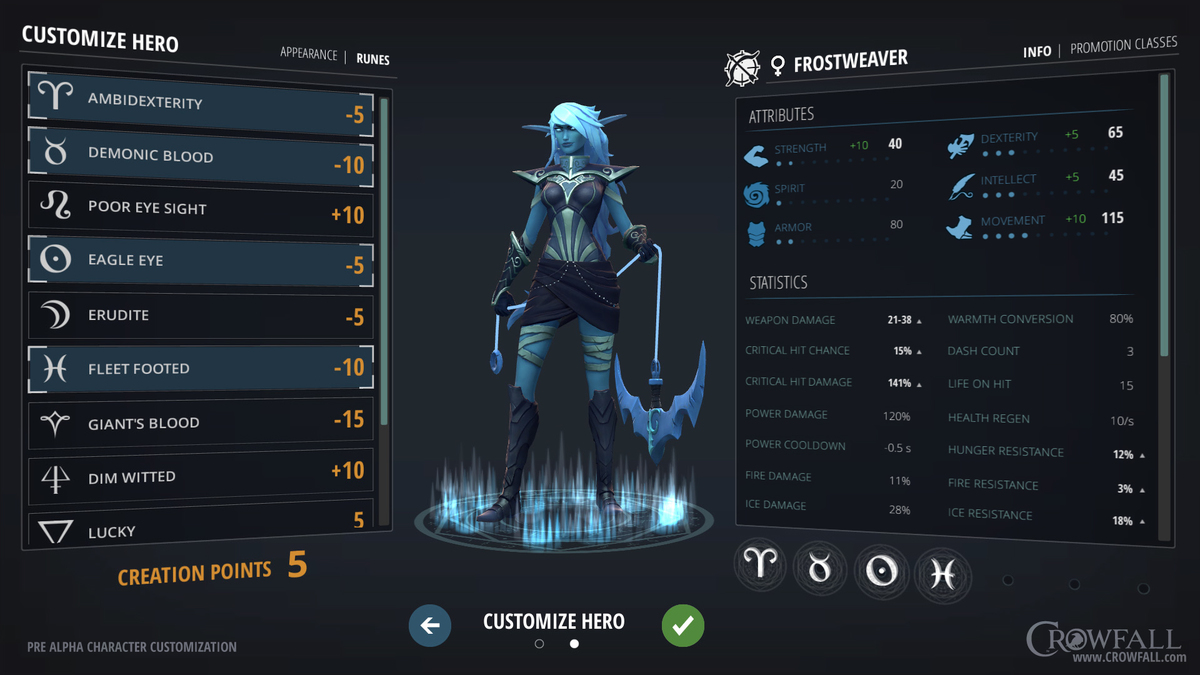 The first character creation reveal shows several different classes, or archetypes, with only the Knight as one we know for sure. The last reveal showed off the Templar (which I turned into a positive example of creating a badass female character model without the ridiculous battle bikini), a Champion hinted at in a Banner Concept reveal and with today's reveal of the Frostweaver, we now have four identified archetypes out of at least twelve. It's pointed out in the very first reveal that the image shown is an actual screenshot from the game, not a mockup, and that the translation between concept art and the game is a fairly literal translation. We're told that these archetypes are “base” characters, which hints at further customization. Speaking of customization, in true roleplay sense, you'll get Creation Points to boost different traits in another method of customization.

We've had a few banner images in the past week, as well. These are art concept paintings that capture a single moment in the game, covering city sieges, possible spell casting mechanics (the “explosive rune” at the bottom of the front page), and what might be PvP with the Champion vs Knight concept. It's said that this shown is a duel between the two, so there is at least that. Today's “Calling the Banners” works as both a hint and a prequel. Supposedly, we can put these together to get a huge hint on what to expect from Crowfall. I have to say, while I'm pretty terrible at guessing games, I think this is a really fun way to build up to an announcement and a fantastic way to engage the community.

ArtCraft, while a new studio, is made up of people you've probably heard of. Straight from Crowfall's front page:

Our company is new, but our team has been doing this for a very long time.

J. Todd Coleman was the Creative Director of Shadowbane, Wizard101 and Pirate101.

…and that’s just the Founders. The group we’ve brought together includes key members of practically every MMO that you’ve ever played and loved. We know how to build MMOs. Now we want to build something new. Something that’s never been done before.

Today's reveal shows off the character creation tool further, showing a little more into customization. We're also told that it's highly likely this will be broken up into separate windows (the image says pre-alpha, so anything revealed at this point should be treated as something constantly in flux). Here we see what's labeled as “advantages and advantages” which is sort of like a table top character sheet, where you have a certain number of points to allocate into different character statistics. However all of this plays out, I'll still get a good laugh at +10 to Dim Witted, which is pretty much me on a daily basis. We also get a look at a land ownership hierarchy, which will be a social system in addition to guilds in Crowfall.

I'm looking forward to playing the wild speculation guessing game regarding Crowfall over the next few weeks. Be sure to check back as we see what's revealed and see how the community's responding to it! What do you think Crowfall will be? 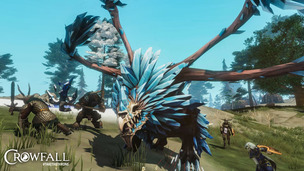 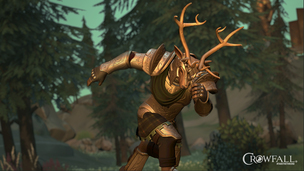 Crowfall Bags Funding For The Finish Line
Can the extra cash bring Crowfall up to scratch?