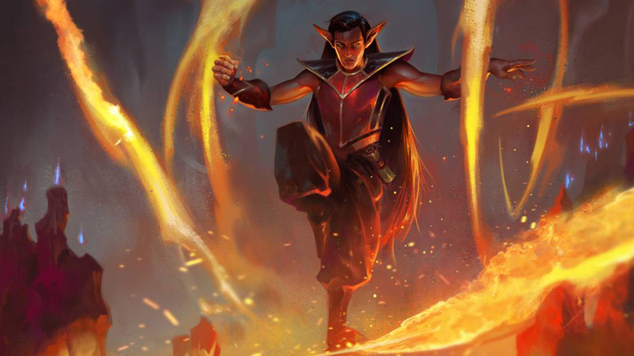 For anyone who hasn't played Crowfall or the latest blog post, the TL:DR is that its soft launch has been delayed, it'll have Russian distribution, and there's two new sources of funding for the game (private, and a licencing deal for the Crowfall engine). All this is very good news for the game, as despite its polish, there's still lots to do to make the game as good as it can be. In this day and age, you only get one opportunity to launch an MMO, and it has to be right. Full post below.

Wow, we can’t believe that we are already halfway through 2018! This year has been filled with solid momentum, and every now and then it’s good to pause to see how far we’ve come.

We started the year with a fresh-raised investment round totaling $6 million. These funds put us in a great position to finish the game, add some content that we wanted (but really couldn’t afford), and give us some money for marketing after the game launches. In addition, we’ve seen forward progress on a few other fronts – which we’ll discuss in more detail in the coming months. This includes...

RUSSIAN DISTRIBUTION
We haven’t announced this publicly yet, but we recently signed a deal with a partner to help us bring Crowfall® to Russia and the CIS territories!

Similar in many ways to our deal with Travian Games in Europe, this company (to be revealed later in an official announcement) will provide assistance with territorial operations, server hosting, billing and localization. We’re always excited to reach new players, obviously, and in this case we believe that our unique vision (and PvP focus) have the potential to make Crowfall a huge hit in this very competitive region.

For those of you playing from Russia right now, nothing will change for you in the near-term – but you can expect to notice improved communication, service and support as we get closer to launch. Details on this exciting turn of events to follow later this year!

TECHNOLOGY LICENSE
In addition, we are also delighted to say that we have reached an agreement to license our MMO technology base to another company, to give them a jump-start on their next big title.

This might be a bit confusing because when people talk about “game engines” they are typically talking about “rendering engines”, i.e. Unity or Unreal. Rendering engines handle frontend technology, the code (and tools) that help you put pretty graphics on the screen.

In this case, we are talking about the “MMO engine” behind Crowfall that includes ALL of the backend tech that makes an MMO work: accounts, persistence, characters, items, inventory & equipment, monsters, AI, powers, races, classes, zones… all of the hundreds (thousands?) of interlocking systems that make a virtual world tick. By the time we ship, we’ll have invested more than $10 million in our technology base, which makes it an ideal jumpstart for any new online game that requires similar mechanics.

Why would we do this deal right now? Resources, of course! The immediate benefit to Crowfall will be the ability to hire more engineers that we can put to work on optimization, bug fixing and polish.

Like the Russian agreement outlined above, there is a ton of detail here that we can’t talk about (yet!). We’ve already made some key hires in this area, and you can expect to hear about them very soon.

We moved 5.5 to the LIVE test environment back in March. We had great, followed by even better, momentum once we finally got 5.6 out the door in May. This continues even now as we’re starting to see the emergence of our first player-run markets and burgeoning player economy. Additionally, 5.6 gave us our first randomly-populated Campaign World.

Building on this tech, 5.7 will offer multi-world campaigns with...
• Unique world maps – mountains, rivers, valleys, keeps, forts, you name it – generated with the press of a button,
• Campaigns that spawn multiple seasons (spring – summer – fall – winter),
• Day/night cycle with dynamic lighting from the sun and moon spiraling overhead, and
• The Hunger contagion, which spawns at midnight, corrupting both monsters and harvestables as it spreads (irreversibly) across every world, gaining ground with each season until the end of the campaign!

This is another big jump forward in gameplay, as the element of TIME becomes a major element of gameplay in 5.7, breathing life into (and spreading death across) each of our unique, dynamic worlds.

We just started testing 5.7 internally this week, which means it will be on the TEST server before you know it!

LOOKING FORWARD IN 2018
As you can see, we’ve had great momentum so far – but we continue to find that systems aren’t quite where they need to be and we continue to slow down development to go back and fix things that you don’t like.

This continues to be our philosophy of development: the game experience is paramount. We firmly believe is the right path forward. These changes aren’t free, however, so we should recognize that more changes to core systems means more time before launch. As a result, I think it’s clear that our soft launch is not going to happen by the end of the year.

I know this news is going to be disappointing to many of you, and we absolutely share that disappointment. For those of you who are jumping into the playtest every week (bless you!) this news probably won’t come as a surprise.

Our priority is – and has to be – to make a great game for you, our backers. Adding time to our schedule is never something we do lightly, but when given the choice between getting it right and calling it done, we will choose the first answer, the only correct answer, every time.

As things stand now, we anticipate kicking off alpha testing at the end of the summer, and then our march towards beta will begin.

SUMMARY
This has been a fantastic year for Crowfall so far! We want to thank you all for your patience throughout this progress, your tireless devotion in testing and your passion in helping us build this vision.

It bears repeating that we wouldn’t be here without you. As always, we want to thank you sincerely for helping us make this dream a reality, and we want to reaffirm our commitment to make this game everything you believe it can be.