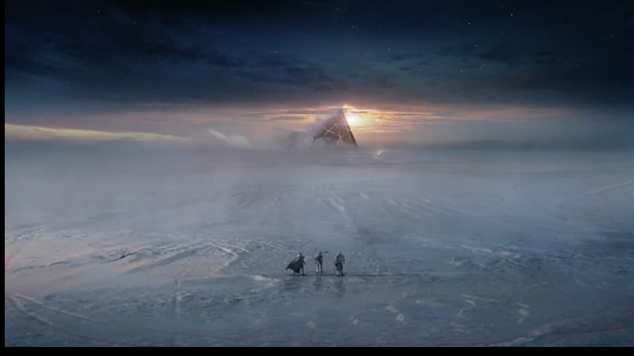 Destiny 2 Expansion and More Announced
Bungie has announced the next expansion to Destiny 2 along with the new season and more.

Bungie has announced the next expansion to Destiny 2 along with the new season and more.

A lot of information was just dumped on the Destiny 2 community and though it is exciting it is also mostly devoid of details.

Destiny 2: Beyond light will be the next expansion and it is slated to launch on September 22nd, 2020.

A new power is born out of the ancient Pyramid ship above Europa's frozen frontier, and a dark empire has risen beneath, united under the banner of the Fallen Kell of Darkness, Eramis. Join your fellow Guardians and bring down the empire at any cost – even if it means wielding the Darkness itself. As the new threat emerges, so too does a mysterious new power – Stasis. Rooted in Darkness, Guardians will wield this new elemental power alongside Arc, Solar, and Void to dominate the battlefield. Titans, Warlocks, and Hunters each use Stasis in a different way, from slowing down foes with Stasis fields to encasing and shattering enemies with destructive might.

What this means for Guardians? That remains to be seen.

The splintered houses of the Fallen are back and making a home on Europa.

Guardians will have a new power to wield called "Stasis".   Rooted in darkness, this will add a fourth elemental power alongside Arc, Solar and Void.

Bungie has their hype machine in full motion on the official site.

The next season was also announced.  It will be called the Season of Arrivals.

The Almighty was vanquished, but Pyramid ships have shown up around the system.

Fragments of the vanquished Almighty burn in the sky, but celebration is cut short as mysterious Pyramid ships reveal themselves throughout the system. An obscured message emerges from the darkness. Is it a greeting, a threat, or something else altogether? Eris and Zavala call upon you to find out...

I'm going back to check it all out.  Are you?