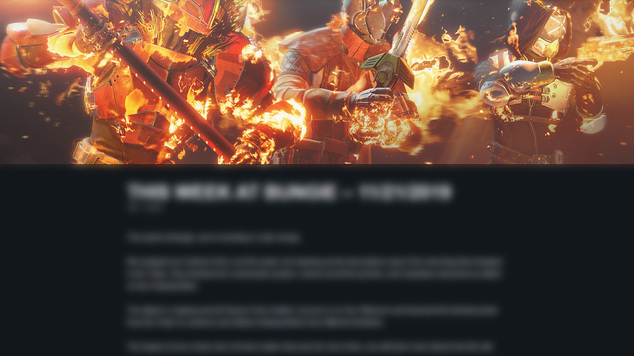 Destiny 2 Shadowkeep: Solar Burns A New Path
Solar is set for a major rework in Destiny 2.

I have to admit I actually really  like Solar builds in Destiny 2. They aren't optimal, they're weak in comparison to peers, and they're fairly sluggish. However, the flavor of them - the fire, the AOE burst - is fantastic. I also think they have a lot more flair than many of the other available paths.

Unfortunately, the rework to movement speed many moons ago, combined with the aerial prowess of Solar builds (typically), saw them fall pretty flat.

Fortunately, Blizzard are fully aware of this issue and have set about remedying it. In a new blog post, Bungie detail how they're shaking up the solar sub-class, across the Titan, Warlock and Hunter.

So what's changing? Well, quite a lot, with all specs seeing significant improvements to their talent lines. New melee abilities, or total redesigns are common. The biggest winner has to be Dawnblade, with massive shifts in its design. Full notes below.

For 3-shot we increased the auto-aim distance and reliability when aiming down sights, as it fulfills the role of long range accuracy. For 6-shot, we shortened the damage falloff range to emphasize the short range gunfighter role with a lot of kill potential. While it can still perform at longer ranges, it may take an extra shot to get the job done. We've made other changes to Way of the Outlaw to help keep its potency like adding a new Explosive Prox Knife that can stick to surfaces and detonate when enemies pass nearby.

All up - we want Way of the Sharpshooter to feel more active and rewarding for players who can fulfill the role of the sharpshooter by taking down enemies with accuracy and precision.

NEW Knock 'em Down: Precision final blows increase weapon stability and ADS speed. Timer starts at 10 seconds but any additional final blow/assists can increase it up to 25 seconds. Casting your Super with this buff above 20 seconds consumes the buff and grants extra damage. (Does not stack with Celestial Nighthawk).

Line 'em Up: (QoL): Old perks from Crowd Pleaser are now part of this perk. (Golden Gun can cause precision damage and precision shots generate orbs of light).

The Roaring Flame perk has received a significant buff to its bonus damage, and the buff now lasts 25% longer, making it easier to build and retain stacks between encounters. The base damage of Throwing Hammer melee ability has increased—it's now very lethal in PvP while you have Roaring Flames active. In addition, once you've thrown the hammer and it’s lying on the ground, you don't have to get quite as close to it to pick it back up. Finally, we tuned the Super in a number of ways.

For starters, Burning Maul now lasts longer, giving you more time to use it strategically instead of simply spamming the slam button. (Titans. All we want to do is smash, right?) We also increased the height of the heavy-slam explosion, so this Super should feel much more potent against airborne enemies. That's the gist of it, but here are more details:

Roaring Flames: Increased damage bonus from 10% per stack to 25% per stack in PvP, and increased duration from 15 seconds to 20 seconds.

Now before we get started I wanted to touch on one thing: To accomplish our goals of reworking the air superiority role, we needed to differentiate the two Daybreak paths from one another. As such, we reduced the speed at which Burst Glide accelerates players in Daybreak. We know this is a controversial change but we wanted to reserve the air superiority gameplay with Attunement of Sky and the Burst Glide speed was blurring the lines between both Daybreak paths.

Icarus Dashes while in Daybreak have increased speed and thrust to recapture the burst glide gameplay for those running the air superiority path. We hope that, while this change is different, you still feel as fast as before—but with maybe a bit more expression behind that speed. The rest of the changes are below:

Icarus Dash (Rework): Tap (Crouch) twice to dodge in midair. Dodging in Daybreak accelerates players farther and costs less Super energy while under the effects of Heat Rises.Added note: Due to the nature of these reworks, Wings of Sacred Dawn received a buff where it gains 15% damage resistance while Tome of Dawn is active. 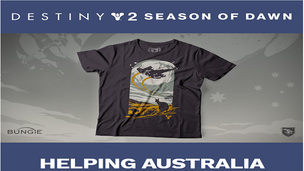