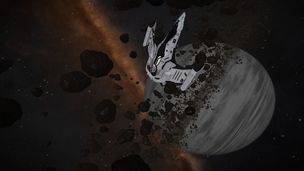 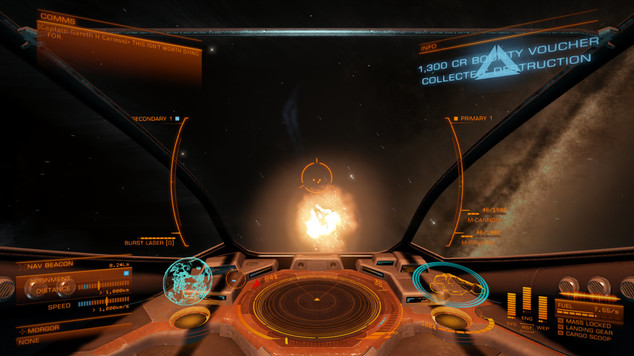 Elite: Dangerous has released its 38th newsletter, completely full of new and improved systems and additions, all in an impressively organized manner. In this news letter, they go over a new space station based on a historical design, expanded missions system that will be added in Beta 2, the second part of the Elte: Dangerous books, new lore tidbits, a Gamescom recap and more. Frontier also announced that their forums gained some additions, as well. Players can now find places for roleplaying and lore discussion. For those who don't know how to get started, there are plenty of ways beginners can get started in the newsletter, in the CommsChatter section.

One of the weirder points of their always so nicely organized newsletters is at the very top, where they let people know that if they've already bought the game, they're welcome to buy into beta. Why's that weird, you ask? Normally, gaming companies go one of two routes: pre-order and get beta, or the game is free-to-play, but with a bundle that includes a beta buy-in. Considering that Elite: Dangerous is not a free-to-play game, offering an additional beta buy-in for fans (at 15 pounds, no less), is a little steep and toes the line of asking too much from your community. 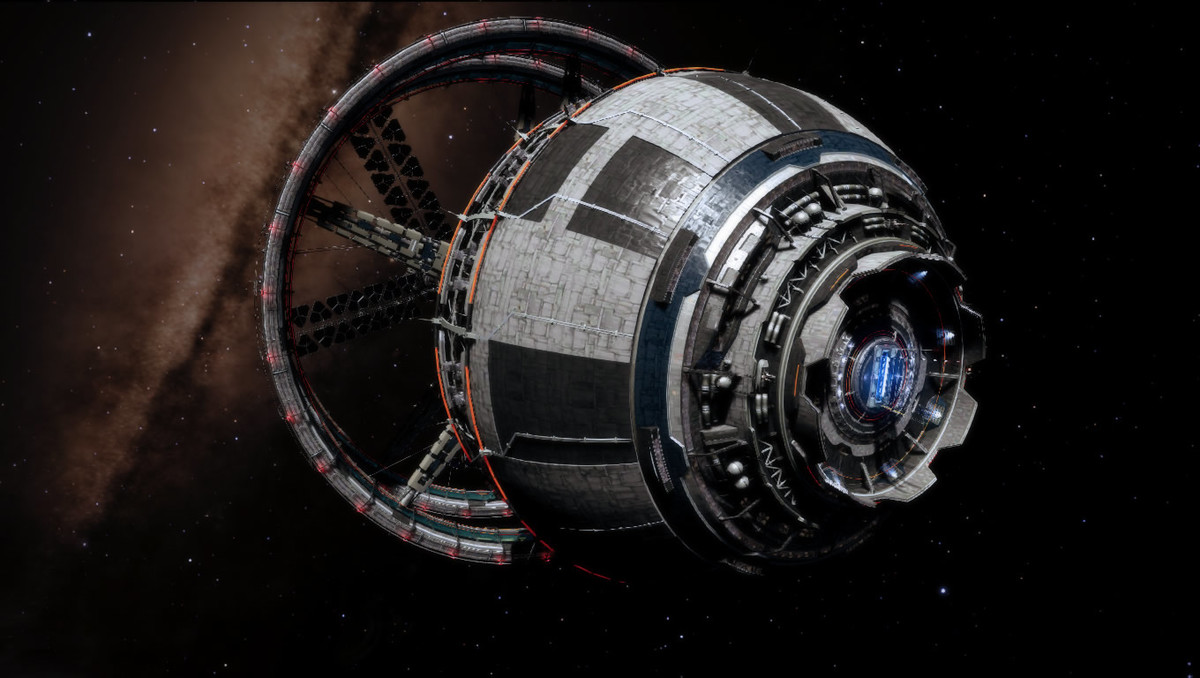 The space station is pretty neat, especially since it's based on Jon Bernal's design from 1929, for the Bernal Sphere. The Ocellus Starport, which is the second largest station available in game currently, and comes with full feature set, such as extensive radiation protection. These massive ships offer impressive views for rich residents, while also being able to relocate. An Ocellus showing up is a sure sign that a gold-rush one a planet is coming to an end, along with the Wild West life inhabitants have been leading. The Ocellus Starport has drives can be attached to make it mobile, but because of its size, it is a slow moving station. The upside is that it can be moved with these drives, rather than assembled on location.

I do like that a large amount of thought from how the real world reacts has gone into Elite: Dangerous. If I were making a game that included a majority of a player's time in space, I certainly would not be thinking of radiation protection and how gravity acts differently in parts of the Ocellus. Reading everything about the Ocellus, from its tourism capabilities to being a vessel of both the Federation and Empire, it's a pretty interesting concept overall. What these stations mean to the average player, however, is not known.

Frontier also laid out the current state of missions and where they want to take them. Missions are currently simple courier missions, but will be ramped up to a wide variety of different styles, to eventually including multi-tiered missions that are arcs. These will be the where one mission will lead into the next, making your questing a bit more epic. Other mission types include “escort missions, assassination missions, tail-and-report missions, group missions, policing duties, in addition to guns-blazing mercenary assignments.”

What do you think of the new additions to Elite: Dangerous? Do you agree with the beta buy-in Frontier is offering? How about the new station and plans for missions? Let us know in the comments!