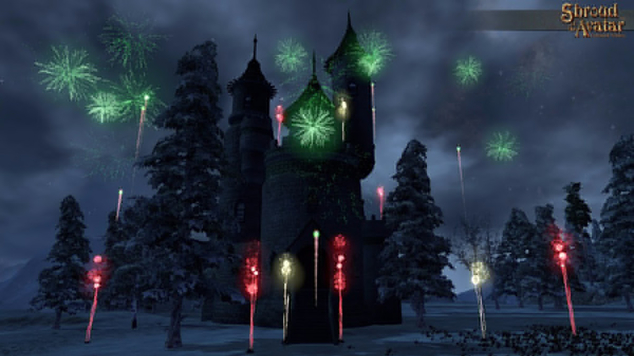 In the latest update for Shroud of the Avatar fans and supporters, Starr Long provides details on the upcoming final wipe and lot selection. Scheduled for Release 32 on July 28, 2016, following this wipe all characters and remain persistent from that point forward. For those of you attending Comic-Con that month in San Diego, fear not – that event will be wrapping up on July 24th this year, so you’ll have plenty of time to return home in time for Release 32.

A very important thing to note is that this update is not to be considered the final release build for the game. While characters and lots will indeed remain persistent after July 28, the game will remain in Early Access at that point.

We will continue to be working to finish the game's story content well past final wipe, while we remain in Early Access. Until then, the game is neither "launched" nor complete, but as mentioned below, the concept of “launch” may not even be applicable to this development model. Launch will be when we pull the game out of Early Access and we start marketing / public relation campaigns to pull in new customers. We have no plans to do those things in July. We know that this plan will generate a lot of questions and stir up plenty of emotions, but we firmly believe this is the best possible course of action for the project.

After this point, from August 1st you will still be able to purchase the game through the official website or on Steam, though this will include the base game only. This will not include any pledge rewards, so if any of those tickle your fancy you’ll want to dive in and pick them up prior to the upcoming Expiration Events.

As is very common with SotA updates, the latest from the team is quite lengthy, but full of useful information. In particular, it includes a fairly comprehensive Pre-Wipe schedule that helps define what players can expect to see in the coming months.

For additional info on the Pre-Wipe Schedule, Expiration Events, and the major Release 32 milestone this summer, be sure to check out the complete update on the official SotA website.