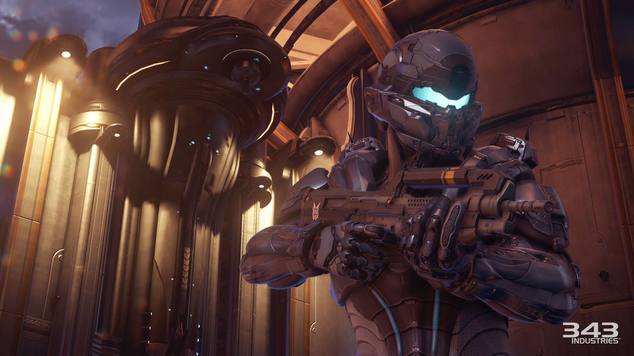 Halo 5 Campaign First Impressions
We take a look at the first few missions in the Halo 5 Guardians campaign.

Halo 5 review copies are out and although only the first three levels and several others from the campaign can be discussed, the opinions are flowing in, including mine! I had the chance to play through some of the campaign missions and while I haven’t finished the game yet, what I did find was very satisfying gameplay wrapped in one of the more compelling (and sometimes confusing for a minute) stories that has you throwing down Spartan style all over the galaxy.

Even though I’m not allowed to talk about anything other than the first 3 missions and several of the less story intense ones further in, there may be some details you want to save for when you play the game yourself. Either way I’ll try to stick to the gameplay and away from the story as much as I can.

Things are getting even more complicated and even more deadly with the forerunners and the remnants of the covenant both striking at the humans and allied elites so you’re going to need more than a one-man army to get the job done. Luckily now you’re a four- man army. Whether you’re playing as Spartan Locke or the Chief (which the game switches between regularly) you’ll have a team of 3 Spartans at your command.

Speaking of commands, they’re limited but get the job done. Tap up on the D-pad is all you need to get your team to do just about anything. Aimed at an enemy? They’ll attack it when you press the button. Aimed at a turret or vehicle? They’ll mount up when commanded. Aimed at an empty patch of ground? They’ll go there when you tell them too.

It’s all relegated to the one button but it works rather seamlessly, especially when you consider you’ll be in the heat of battle when using it and don’t have time to mash out a combination of orders. 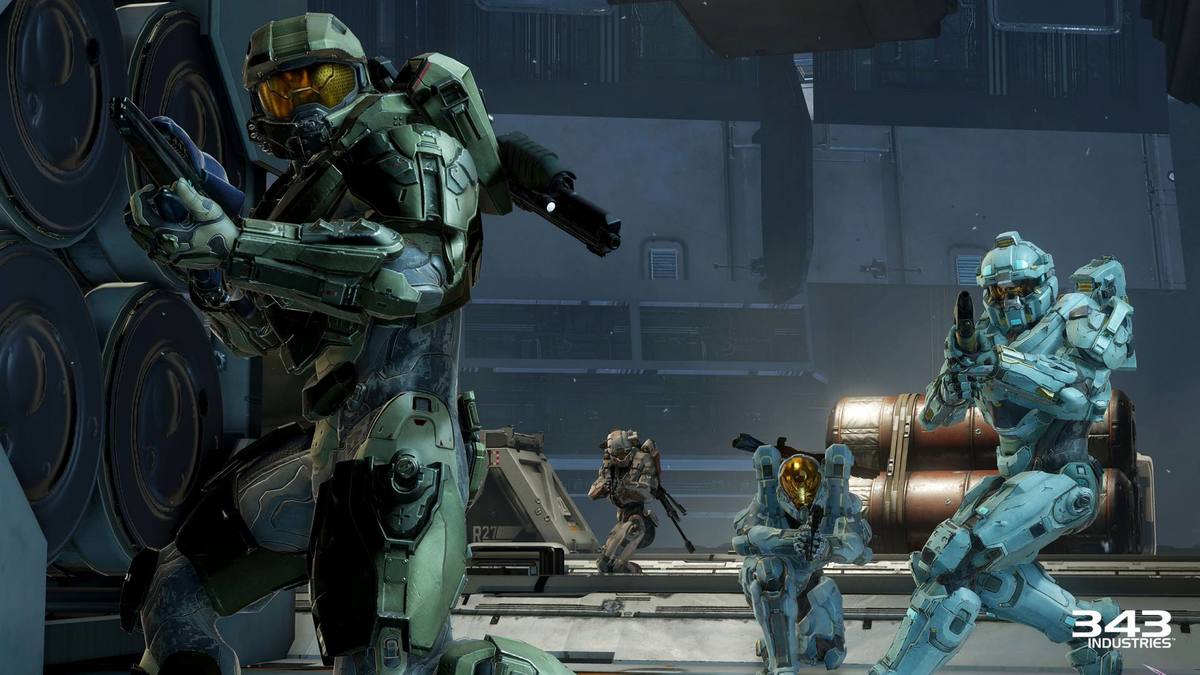 Continuing on the topic of your squad, they are a surprisingly useful and lethal bunch. You wont often find them getting stuck on walls or firing erratically at an enemy a mile away, in fact they can be more effective than you in some situations.

One particularly good use for them is dealing with Promethean crawlers (the robo dogs). They can be a pain to track and hit, plus they usually travel in packs. Save your ammo and let the rest of the team make quick work of them.

Your squad mates are also excellent medics. Now when you take enough damage to reduce your health bar to 0 you can be revived within a short time period. Call out to your AI Spartan mates and they’ll come running for the save.

Squad members can also be incapacitated and revived (you can order another team mate to revive as well), but if they die don’t fret. Deceased AI teammates will return to your side after several minutes, or usually when you reach the next checkpoint. 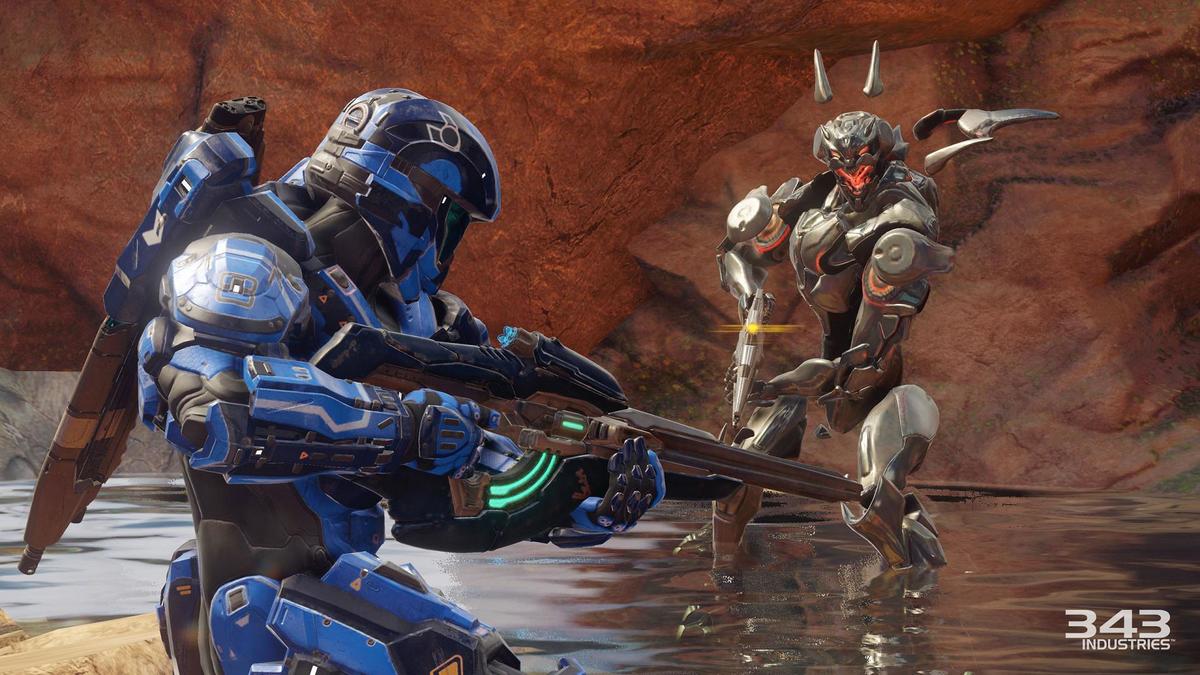 All your favorite old enemies are back including the Covenant regulars and some slightly tweaked Promethean baddies. You’ll be fighting both of them in just about every level, so be sure to swap weapons accordingly (promethean weapons work better against Prometheans, and covenant vs. covenant)

Spartans and the bad guys also seem to have upped their damage output. If you’ve got an eye for headshots you’ll ace everything except shielded/ armored opponents and even they feel like they go down faster. That being said, a few good his will have your shield alarms ringing as well, and after that it wont be long until your face down looking for your squad mates to haul you back up.

Fighting on the move also seems to be a theme throughout the game, as several levels have you running for your life and a few of the new abilities play into this mobile combat.

The ground slam lets you come slamming down from above, dealing heavy area of effect damage to any enemies unlucky enough to be caught in the blast. Your shoulder charge can be used to crash through opponents with ease and even break through some walls. 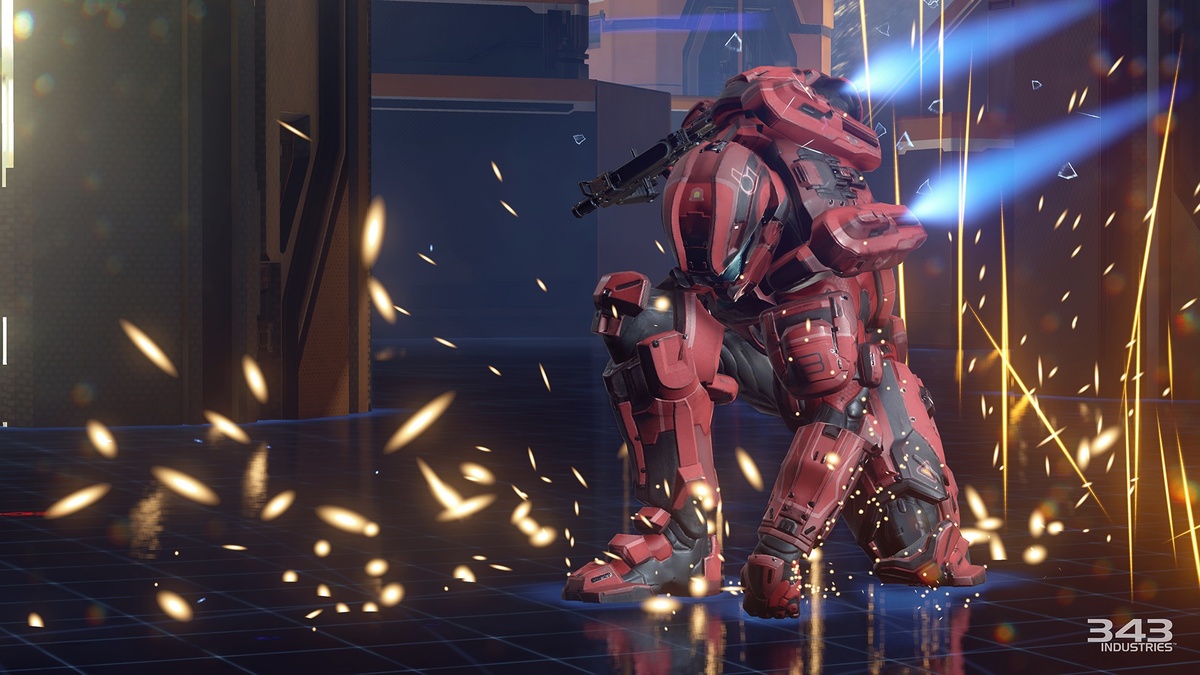 Speaking of breaking walls, Halo 5 has a lot of them. Usually they’ll show up as a grilled vent or just a discolored/ cracked piece of stone or concrete, but either way you should always check them out.

Many times they will lead to one of the levels many secrets, be it a skull or piece of intel (each level usually has at least one skull and 5 – 10 pieces of intel to find), a weapons cache, or simply an alternate route that will give you a flanking or height advantage on the next batch of enemies.

Investigate everywhere, there’s a lot to find in every map.

The Take So Far

Of course the draw of the Halo series has always been the multiplayer, but there are many out there (including myself) that have loved its story mode just as much. Fortunately for us, Halo 5 looks like it’s going to do a great job of expanding on the tale of Master Chief, while making room in it to include not only members of his fireteam, but of an entirely new protagonist and his fireteam as well. 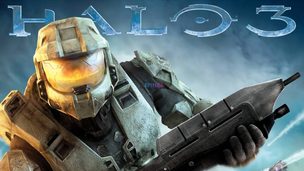 Halo 3 PC Release Date Announced
It may have originally launched in 2007, but Halo 3 has never made it to PC, until now.
News
Halo 5