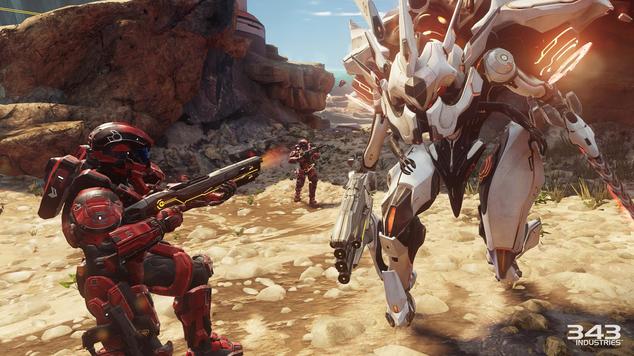 With very little fanfare or notice, 343 introduced it's version of clans for the Halo 5 Guardian multiplayer. Companies will be groups of up to 100 players that will all share a banner, logo and whose actions will serve to rank up the Company. The rewards for having a higher rank company have not been revealed just yet, but we do know that creating a Company or joining one right now on Halo Waypoint will guarantee you a free req pack.

From what was revealed in the Companies announcement, it looks like Companies will be especially aimed towards teams that want to compete in the new game mode Warzone. Warzone is a new objective style multiplayer mode that takes many of it's cues from Moba games like League of Legends and Dota 2. In a Warzone match, players fight to make their way to the enemy core to destroy it. Along the way they'll run into NPC enemies and bosses, some of which will provide benefits when killed.

Halo 5 launches on October 27th for Xbox One.