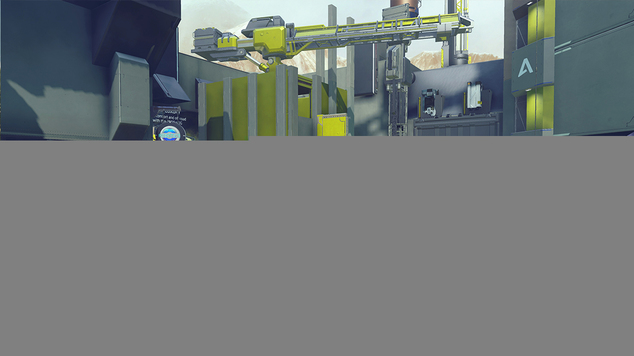 Halo 5 Will Be Getting Big Team Battle in the Near Future
The fan favorite big team battle is getting added to the arena playlist very soon.

If you've been playing Halo 5's arena since launch, you may have noticed a certain game mode has been missing from the list. Big Team battle has long been a fan favorite in pretty much all of the previous Halo titles, and players were starting to get nervous when they didn't see it in the list of options at launch. Luckily for them, 343 head Josh Holmes announced on Halo Waypoint, that the coveted arena type will be getting added to the regular rotation very soon.

In just over a week, the next Halo 5 content drop will be here, and with it comes Big Team Battle in Arena matchmaking, brand-new REQs, and a whole ton of juicy vehicular combat. Today, we’re giving you a sneak peek at what’s in store, and over the course of the next week, we’ll be providing you with more details.To start, we know many of you are ready for some vehicle-based carnage in Arena, and dying to jump into some classic 8v8 matches. You’re in luck.

Big team battle was previously the largest map mode you could play in Halo, featuring 8v8 battles over huge maps. While that honor has been taken over by Warzones, many still wanted a large population game mode that stuck to the simpler arena format. Whether this will take some of the draw away from Warzones will be an interesting thing to keep an eye on.