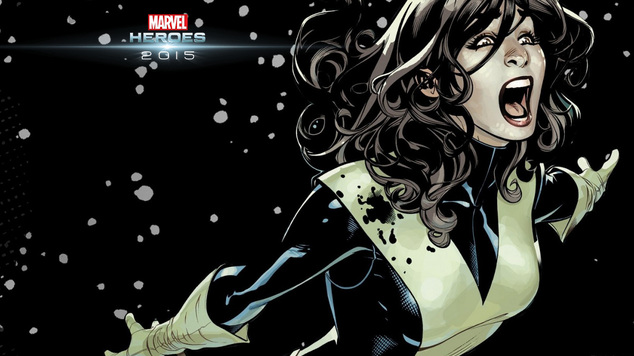 While I haven’t been as active in Marvel Heroes 2015 as I’d like to be for the past few months, I’ll definitely be diving back into the game for the release of Kitty Pryde. Also known as Shadowcat, Kitty Pryde is the 51st playable character in-game to date, and even comes with her bizarre fire-breathing pet alien dragon, Lockheed.

For those of you unfamiliar with Kitty Pryde or her history with the X-Men, there is a somewhat brief but worthwhile article outlining some of the highlights of her story arc on the official Marvel website. Astonishing X-Men: The Evolution of Kitty Pryde walks you through her first meeting with Professor X, joining and eventually leaving the X-Men to help form Excalibur following the events of the Mutant Massacre, and more. Definitely worth checking out.

Getting back to Marvel Heroes 2015, players who pick up the Hero Pack for Kitty Pryde can expect to see the standard bundled items, including 2 costumes, dedicated Hero S.T.A.S.H. inventory tab, 6 Fortune Cards, and last but certainly not least, 2 XP Boosts. The beginning costumes include the classic Kitty Pryde Astonishing, and Kitty Pryde Excalibur, as shown below: 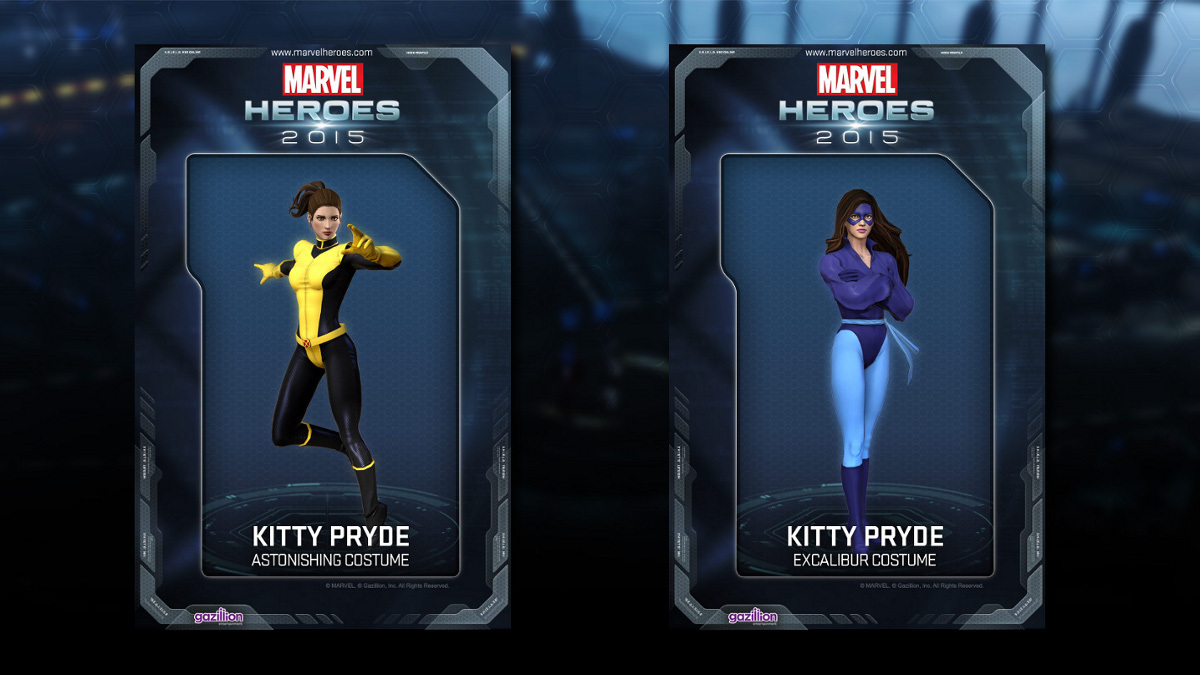 We’ll be sure to circle back later this week with our full hands-on impressions of Kitty Pryde, but in the meantime you can learn more about the latest hero in Marvel Heroes 2015 on the official forums.