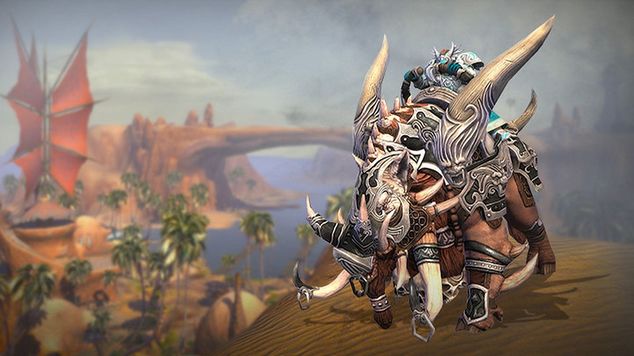 RIFT 3.4 Into the Wilds Now Live
A new calling, the Primalist, arrives in patch 3.4 for RIFT, along with new zones and tons of content.

RIFT's latest update, including a new calling, is now live, which is super hype for anyone that's playing because well, new lots of stuff. Stuff is always good when it comes down to an MMO, because stuff is basically what you want to do. You want all the stuff, all of it, so you can you know, do the stuff. Basically I'm just really, really flicking my nose at my elementary school teacher who outlined the fact that stuff is basically the worst word possible to use and well, look at me 'ma, I'm using it!

Here's a quick list of all the new stuff that's coming in RIFT:

So yeah, looking pretty beefy, new souls, new calling, new zones, new dungeons, new story, and new stuff! Yay!! If you want to play, you can play it right now. RIFT is like, free and stuff, so it shouldn't be that big of an issue to hop in. You can also get the Wilds Pack which basically contains the primalist, some cool clothes, a mount, patron status for a month, other stuff, and a trinket that scales with your level (woah cool). It's $99 on Steam, though, but you can enjoy most of the other content for free, I believe.

Anyway if you want to learn about all the stuff in this stuff filled stuff update, check out their forums.