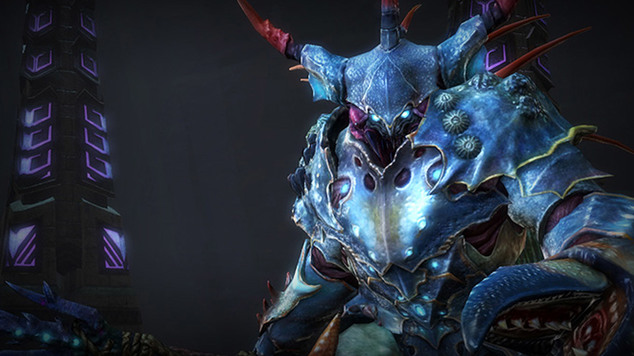 RIFT Previews Patch 3.2's Hammerknell Facelift
RIFT is getting a face lift with some of the older dungeons that are being reworked to be more modern friendly.

Hammerknell was the third raid dungeon in RIFT and is effectively one of the hallmarks of early 20-player RIFT raid progression (being the third and almost final raid of the original pre-expansion RIFT). It was the first tier 2 raid added to the game and has been in player's hearts and minds for years now. However, Trion is going back and giving it a face lift and re-updating the dungeon for a more modern feel.

A lot has changed in RIFT since the tier 1 and tier 2 dungeons launched before Storm Legion was released. Classes, mechanics, etc. have all been changed dramatically, effectively altering how players interact with these older raids. These raids will operate at the latest level cap (65) and will be available in patch 3.2. If you're interested in some of the design decisions, you can check out their post, which includes which bosses are not being changed and which were changed the most (Vladmal Prime, Estrode and Inquisitor Garau) and some insight in their design process.

It's good to see Trion add in some cool things and think of ways to rebuild these dungeons, instead of just adjusting the numbers around and hoping for the best. RIFT players who have been around for awhile will, hopefully, find this to be a super awesome treat. In my opinion, it's better to reuse content and get more out of it (gear, things to do, etc.) than to wait longer for new, fresh content, because there is always the nostalgia factor that really helps.

3.2 is launching soonish and these changes are on the RIFT PTS server, if you're inclined to check it out before launch and help Trion test for bugs.