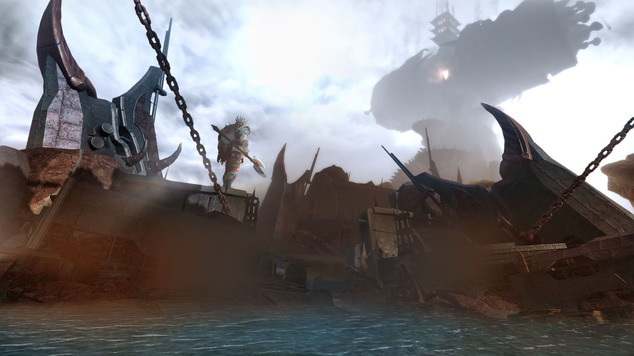 Late last night while I was wrapping up my Tidbits article, an email magically appeared in my inbox. I'm pretty sure that's how the internet works – magic. I didn't get the opportunity to look at it last night, but seeing it now, it's full of some really neat information. For RIFT's newest expansion, Nightmare Tide, there will be not one, but three versions of the expansion available for purchase as Collector's Editions: Typhoon, Infusion and Ultimate Nightmare. I'm a huge fan of special editions and I love the goodies that come with them. If I'm waffling, I generally get a lower one and then always end up upgrading at a later time, just because I'm pretty convinced I really need something. 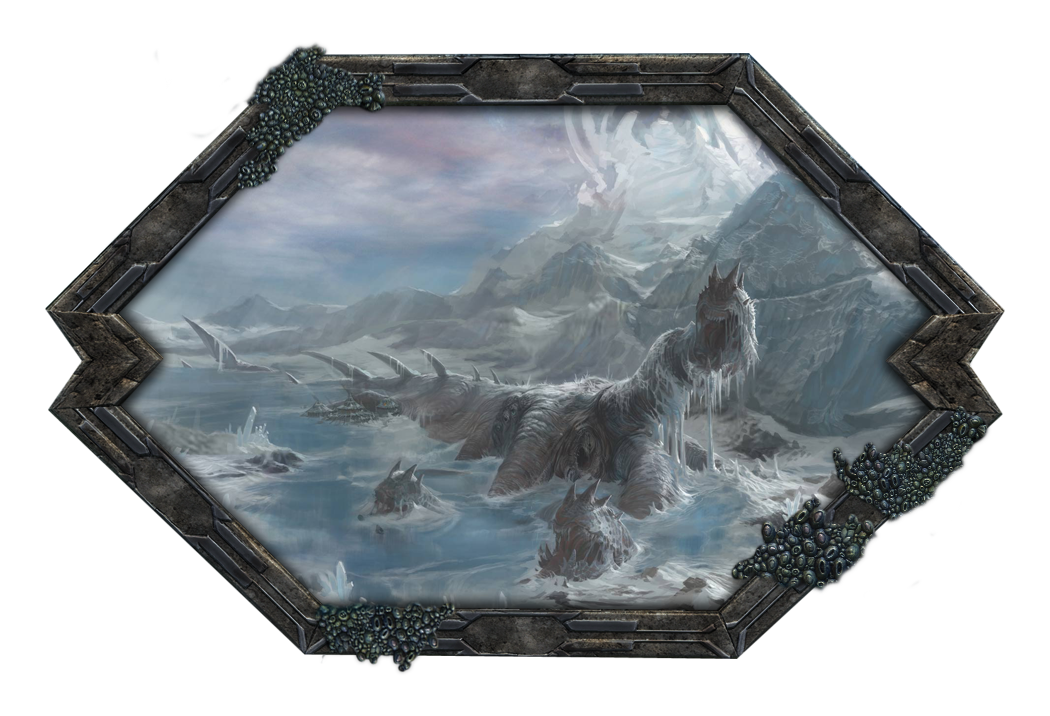 Let's start off by looking at the lowest cost edition, Typhoon. Typhoon is the most cost effective at $29.99 (can I just say $30 here? I like round numbers better). With it, players will get a new Typhoon title, an extra bag slot that's Nightmare Tide exclusive, Plane of Water attunement that allows for equiping certain planar gear, two new equipment slots (earrings), and Manugo League Membership. While Typhoon doesn't come with all the bells and whistles the other two editions do, you get two important additions: extra equipment and bag slots.

Next up is the Infusion Edition. This comes with everything that Typhoon has, but for $50, you get a load of other additions, most of them which are quite useful. For example, all characters on your account will get an extra vault slot, a hoarder like me's dream. Something else to look forward to with Infusion is a free level 60 boost. If you're not at max level, you can be now! Or, you know, you could boost an alt. However you like. I like that older games are now offering boosts with expansions, because it allows newcomers to catch up, returning players to get back into the thick of things, and consistent subscribers with an option to have a new character ready to go without going through the process of leveling, if they choose not to.

Also included in Infusion is a companion pet, Bloop the Jellyfish, who will follow you through your underwater adventures. All of your characters will be entitled to twelve exclusive home decorations, such as a glass-bellied mermaid statue. A Shimmering Nighmare Orb will provide enchantments to all of your characters, and it comes with unlimited use. All characters will also have two Void Source and two Abyssal Crusader's Accelerators to use, to upgrade your gear into more powerful equipment. There's also a second minion slot with the exclusive Bloop minion, new Nightmare portraits and a costume Delver Divers Helm for all of your characters. 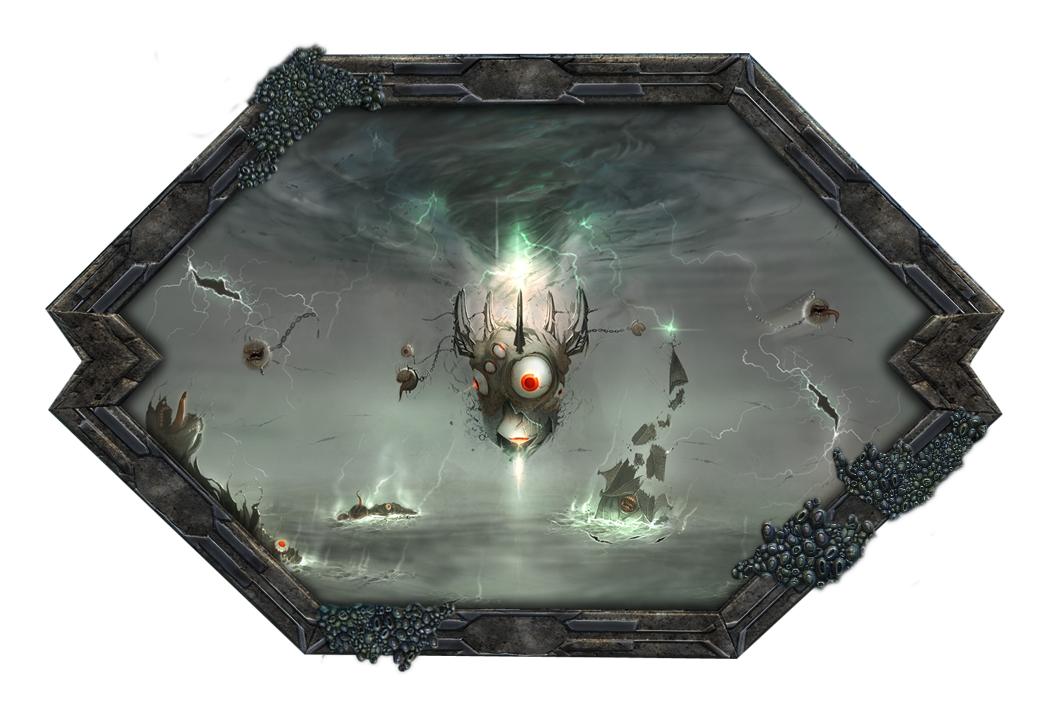 The Ultimate Nightmare Edition, for $150, gives you access to both the rewards for the Infusion and Typhoon Editions for all of your characters, and so much more. Yes, the price is far more than even the middle tier, but it compensates the price leap with a metric crapton of items. Don't want to go around with the Typhoon title? No problem. Now you're a Planewalker. Four Accelerators not enough? Have twelve. Have an Abyssal Crab skin for your pets. Get a replica of the Port of Scion. Exclusive Nightmare Black Dye and cosmetic weapons are also cosmetic goods for your characters.

Not everything in Ultimate Nightmare is cosmetic, though. In addition to those extra Accelerators, you'll also receive an Abyssal Satchel, which is a 36-slot bag. I'm sure it'll fit nicely in that extra bag slot. A new ability, Planeswalker's Call, allows anyone with this edition to summon their friends to them. Lastly, all of your characters will have access to a new amphibian mount, the Cobalt Thresher. I like that it's a hybrid, which functions both on land and in water, rather than having to worry about toggling different mounts that only work in different areas. I'm looking at you, Abyssal Seahorse. 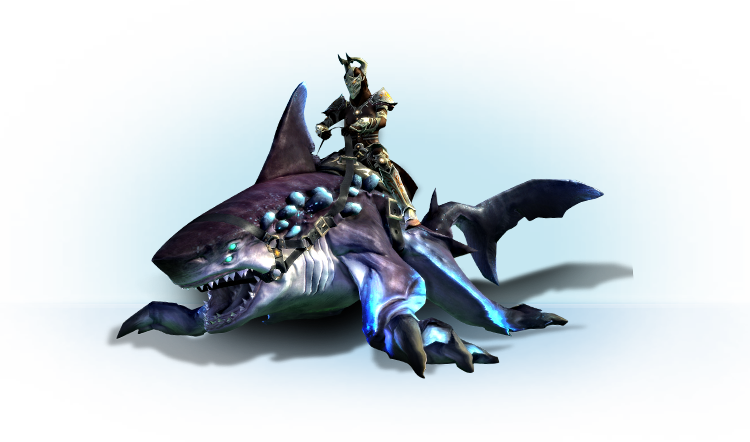 Yes, the Ultimate Nightmare Edition comes at a stiff price, but is it worth it? I would believe that anyone who spends a good deal of time playing RIFT will find most of the items here to be rather useful. I think the most bang for your buck, however, is the middle Infusion Edition. I'm surprised they are not including store credits, since Trion is doing that with both Trove and ArcheAge.

Nightmare Tide, which comes with four new Souls, a new underwater experience, improved mentoring system, minions to recruit, expanded level cap to 65, new dungeons and raids, and expanded crafting. If you don't want to buy any of the packs, most of the content provided in them will be available to unlock through other means. The expansion content itself is free.

Are you playing RIFT? Are you looking forward to the new expansion? If you're planning on getting one of the Collector's Editions, which one are you going for? Let us know in the comments below!