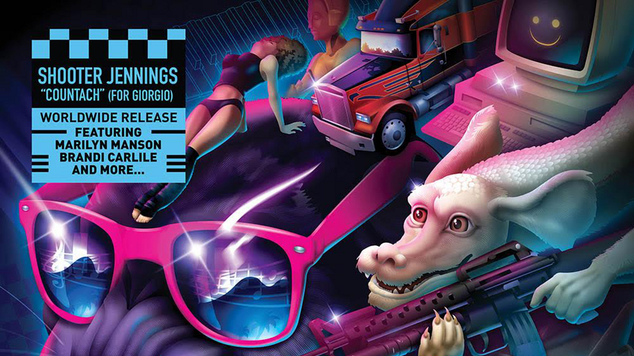 An historic moment for MMO gaming is about to unfold, and I couldn’t think of a more fitting virtual world for this to occur than Shroud of the Avatar. Lifelong Ultima fan and outlaw country musician Shooter Jennings will be premiering his new album, Countach, within SotA this coming Monday, February 22.

In the latest Update of the Avatar, Shooter recounts his history with the Ultima series, and how it came to be that Shroud of the Avatar would be the perfect setting for the album premiere. One thing in particular jumped off the page for me, that being the notion of giving something back to the world based on what we’ve learned in our time as humanoids on this big, blue floating ball we call Earth.

“…I realize that we are all the most responsible for what we have learned from life, and for giving it back to the rest of the world. Much as Richard and Starr have done the same by creating the worlds they have, they gave it back to me. And then through my love of their art, I am trying to give back to them, and give to future generations of the lore of (new) Brittania and the innovations of its creator's.”

It’s a sentiment that I can fully relate with, as it has been one of my prime motivators over the past number of months while working through the practical elements of a personal project I’ve been brewing up in my secret underground laboratory. Details on that will begin to emerge soon enough, but that’s not what we’re here to talk about today.

Getting back to the Countach album, it is also worth noting that Lord British himself makes a guest appearance, along with musical heavyweights Brandi Carlile, Steve Young, and perhaps the last true living rock star, Marilyn Manson.

Full details for the in-game event are as follows:

You are invited to the Ultimate Album Premier of the Decade!

Groups from around New Britannia are joining forces to bring you the party you will never forget!

Join us in-game for events: quests, parties, and a world premier first time listen of the entire album

Party goers will assemble at 7 pm CT (GMT -06:00) at the Bear Tavern in the player town of Beran's Reach on the western coast of Spindrift Bay (or /zone Balec deCani).

The event will be broadcast live on Avatars Radio (http://avatarsradio.info/)
With live video streaming by RizeUp Gaming (http://www.twitch.tv/rizeupgaming) 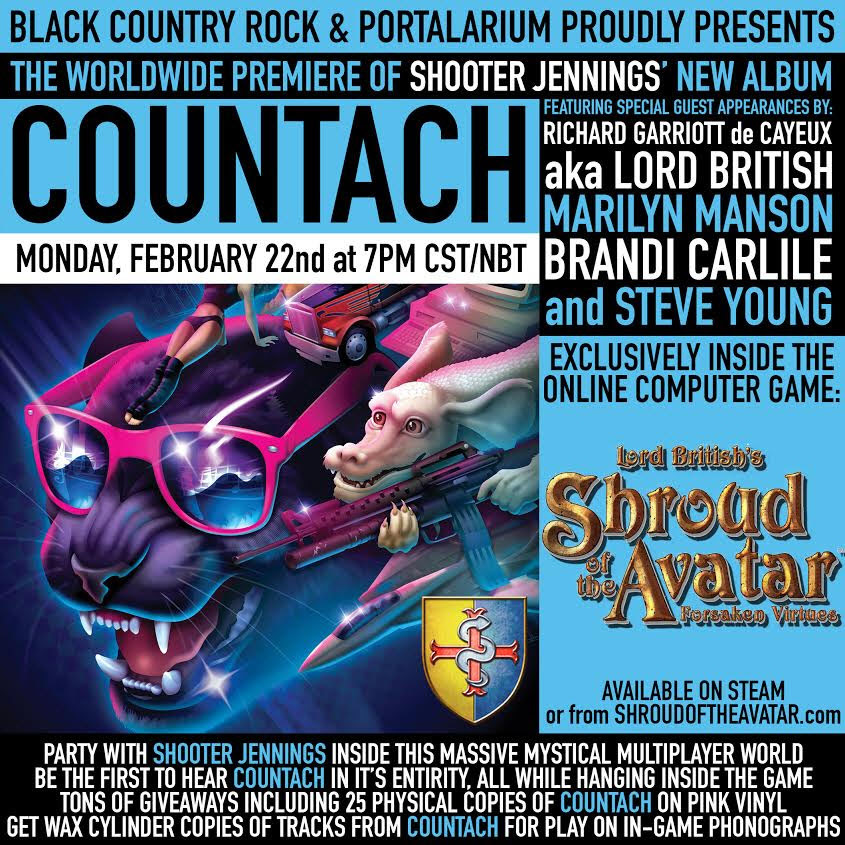 For additional details be sure to visit the official website for Shroud of the Avatar, and you can also pre-order Countach which is due out on February 26 on vinyl, with other formats to follow on March 11.