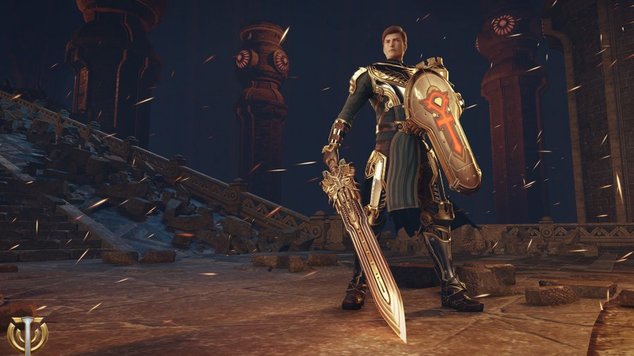 Skyforge today announced the next class that will be in the game – the Paladin. Like traditional Paladins in MMOGs before Skyforge, our valiant knight will have many tanking abilities at its disposal, with a lore background of the stand up guy who nobly fights for the oppressed. The announcement notes two very interesting points, which will need to be seen as to whether or not this information is lore or if it's a hint at mechanics. The Paladin has a “decent amount of health, allowing them to withstand the attack of any force and to 'tank' several enemies at once, while fast regeneration means they are able to fight monsters non-stop” Could this be saying that they are able to heal themselves in combat while area of effect tanking? Let's look at their abilities.

As seen in the video, one of the main abilities for Paladins will be Celestial Bubble, which not only protects the Paladin from damage, but when the duration of the spell is over, it explodes in an area of effect burst, which causes damage to all of the enemies surrounding it. Most of the basic skills listed include area of effect damage, except for the first basic attack, Righteous Blow. Righteous Blow, however, is necessary to use in the combo attacks that Paladins have at their disposal. The largest of these combo attacks, which can have its damage and radius increased under certain conditions (other effects on the Paladin), is Divine Scourge, another ability highlighted in the class video. 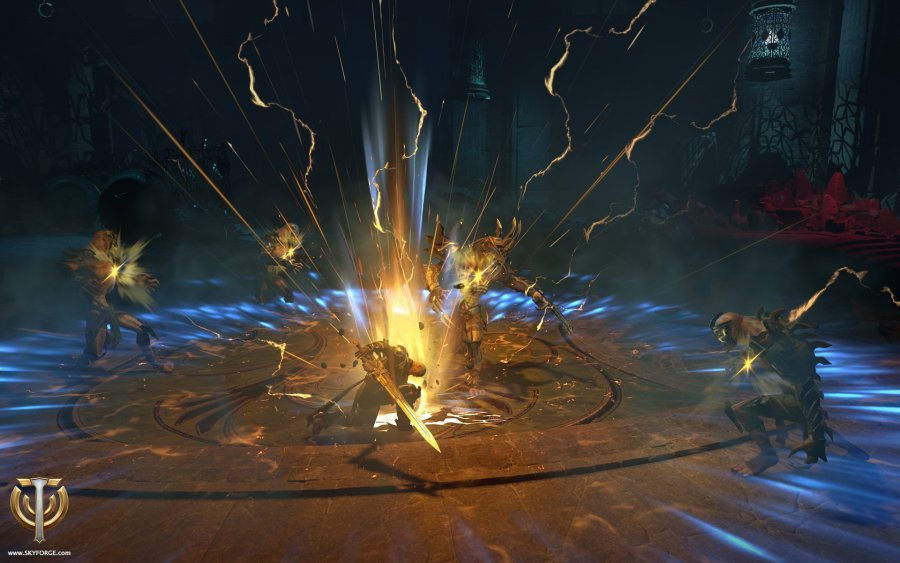 Another set of tools that Paladins have are abilities that allow the class to remove negative effects. Whether or not this includes healing spells is not yet known, but the video did have an animation of upward golden aura effects wash up over the Paladin, with the voiceover saying the class is always the first to return to battle. Paladins, while capable of making themselves invulnerable to control effects (both Aegis of Light and Radiant Aspect can do this), we see that the Paladin also has a few abilities with AoE knockback effects tied in. Radiant Aspect, which is a special abilitiy for the class, can do both. Another ability, Holy Ground, does not consume Righteous Anger while active. It's a ground effect that can amplify abilities like Divine Scourge.

While it does not explicitly state it in the announcement, it does sound like Paladins in Skyforge will come in two flavors: DPS and Tank builds: “The Paladin's abilities do not end there: some of them massively increase damage; others make monsters focus on him.” Since abilities need to be unlocked for use, I am using the term build here. The announcement also says that Paladins will be able to unlock an ability that restores health, but doesn't say if that's in or out of combat. The video only points out an out-of-combat heal or regeneration ability. It seems that Righteous Anger is the resource that Paladins will need to manage for the majority of their attacks. 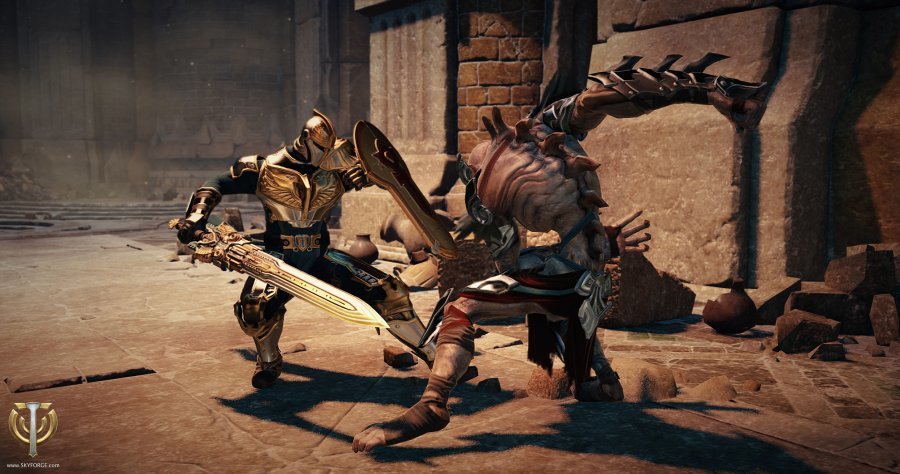 On one hand, it's nice that Paladins get to assume the role of AoE tanking, but that could also just be the way that Skyforge is set up. The class seems to have all of the traditional aspects to it that Paladins in MMOGs always have: heals, cleanses, bubble immunity, the white knight to save us from oppression, ground effects, and tanking. I'm hoping that when we learn more about the class, that we get to see some extra flavor that will be surprising, instead of what we would come to expect from Paladins now. While I think the class does look cool and the ability effects in the video are really rad, I just can't say that I'm overly excited about the class based on what I've seen today, because it does lack that flavor of Skyforge bringing something new to the Paladin table.

What do you think about the Skyforge Paladin? Should the class be set up the way it is and I'm being silly for thinking it needs an extra umph to make it seem more interesting instead of the same ol'? Do they need anything else here? They're already quite powerful from what we've learned today, so maybe that flavor isn't necessary. Let us hear your thoughts below!