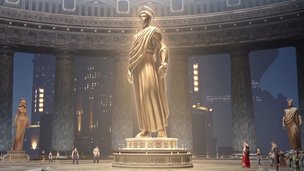 Skyforge Adepts and You
Allods gives us a closer look at one of the Orders in Skyforge: Adepts.
News
Skyforge 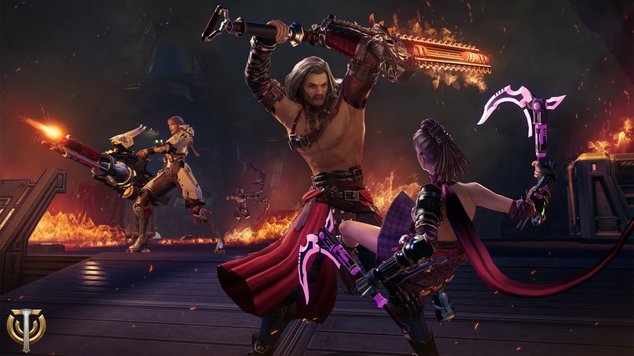 Today Skyforge posted to their Facebook page some concept art for what vehicles could have in their vehicles. There's a lot of ideas here thrown together, but the centerpiece is a little bit rockabilly, a little bit cyberpunk and a whole lot of awesome. It makes me wish I had hair long enough to throw into Liberty Curls while adorning leathers and knee-high boots. The boots are where I keep my brass knuckles, ya know. All around the centerpiece are inspirations and components to the first we get to see of vehicles in Skyforge. Got an idea for something you'd like to see for Skyforge vehicles? Be sure to let them know on Facebook!

That's not the only update we've seen in the past week in Skyforge. To ensure everyone's caught up, there is a post that links to everything that's been happening, like their recent contest for community members to take their best shot at designing a class for a chance at Skyforge beta keys. While this contest isn't highlighted in their weekly catch-up post, I found it so delightful that I wanted to bring it up again. Other updates include a call to guilds for testing, the latest developer Q&A and PvP updates. If you have a question for the development team, there is a forum post for that, too.

PvP updates seem to be the big news this week. Reuben also wrote about it a few days ago, giving us a nice preview for what is happening for Skyforge's PvP systems. Reuben, who is both a fan of Skyforge and PvP warfare was no doubt excited to see what Allods had in store for their title. He got to attend a PvP roundtable, hear about how God Mode will play out in Skyforge PvP, as well as have a peak at what modes will be available. So far, there are four different types, ranging from six to 24 players, covering everything from capture the flag to deathmatch.

If you've already read Reuben's post and are looking for more PvP info, Allods also put up information for Skyforge in PvP. While these articles do not discuss open world PvP, and rather go into what group battle grounds will be like, it's a good start. Allods begins by delivering the theory behind PvP, why people enjoy it (hint: there are so many reasons), and where they envision PvP in Skyforge heading. They are very upfront that they are not aiming to make PvP in Skyforge something that pleases everyone, but they do want it to be as fair as possible.

In the next segment, titled Practice, we learn that Skyforge will also have massive guild wars called Pantheon Wars. We learn that there are two ways to get into these battles: through the Divine Observatory or through an Uplink Terminal. There will be gated content, as well. While some battles will be available to everyone from the get go, others will require more prestige before they become unlocked. Allods also hints at a rankings system for PvP in Skyforge. The rest of the post covers the different maps for battles, which can also be found in Reuben's article.

As for the Q&A, if you don't want to read it in its entirety, here is a quick rundown. For now, Skyforge will only be available for Windows, but Allods is open to the possibility of other platforms, including consoles, in the future. The second question is about how classes in Skyforge will differ from other MMOs, which is answered by mechanics, such as having fewer skills on the screen. Players will use WASD for movement, while the mouse will be locked to mouse-look targeting. Since I am not a console gamer, having my mouse locked is not something I can deal with. 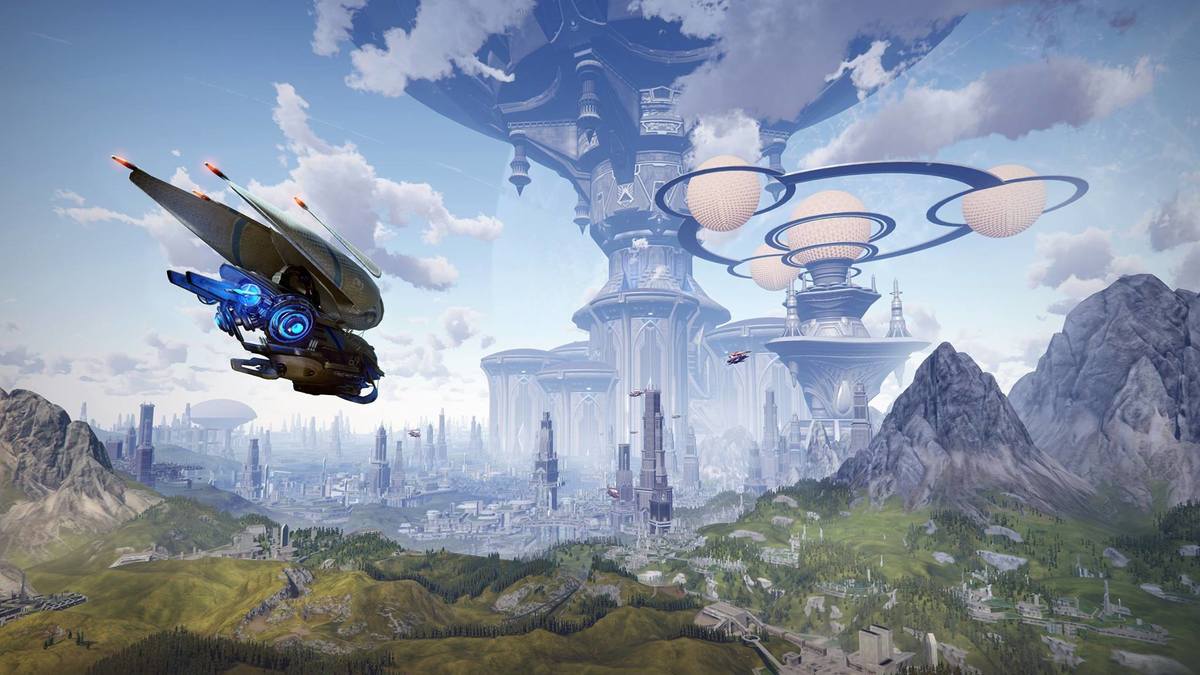 Knowing this news is turning any excitement I had for Skyforge rather sour, because I can't just decide that after fifteen years of playing MMOs by being able to pan around and mouse turn that this habit needs to change and I can suddenly be happy with a locked mouse. I never got into console gaming beyond playing FFVII completely through three times, and I just can't play PC games with a locked mouse. I find myself fighting the controls more than enjoying the game.

Oh, and then they finish by saying that players can switch between classes on one character, after they've learned the skills and developed the class. Well, dammit, now I'm just interested again. I clearly will have to wait to actually experience Skyforge before I can tell if the mechanics will make me give up on the fantastic approach to classing or if classing in Skyforge will make me overcome what I see as mechanic limitations. The question following asks about a UI element that turns out to be the Ascension Atlas node, which is where players can switch between classes, and for classes you haven't unlocked, see how many Sparks are required to unlock it. 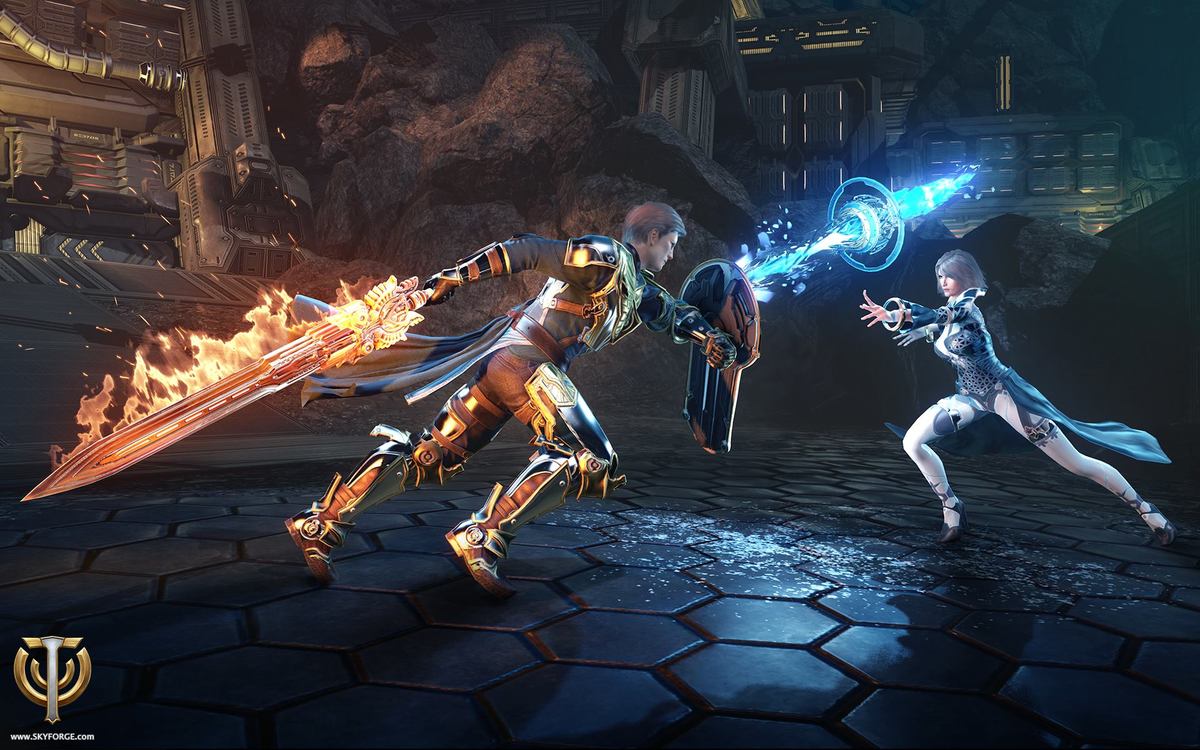 Finally, we learn that death in Skyforge will be symbolic only. Allods says that this is because players will be playing immortals who can be reborn. There will be Uplink Terminals for players to respawn at in the open world, or if they're in a dungeon, they will respawn at the last downed boss. While the rest of the thread does not say whether or not there will be any monetary losses (such as repairing damaged equipment) upon death. One thing that was interesting was running across a moderator post that says, “Equipment will switch automatically upon class change.” Now we know that different sets of gear will be needed to go with classes. Hopefully that will come with an elegant solution to equipment management, rather than having bags so full of what you need to carry around with you for different builds, specs or classes, that you don't have any room for anything else.

This is quite a load of information for Skyforge! What do you think of it all? Do you like the vehicle teaser, or would you rather see something different? Are you looking forward to PvP? If not, what are you wanting to hear more about in Skyforge? What about the dev Q&A? Have your questions been answered yet, or is there something that's more pressing for you? Am I too stuck in my old ways? I mean, I actually like tab targeting and am not a big fan of action combat, since it makes me feel like I have far less control over what I'm doing and that I don't need to fight to constantly improve my skills. Or am I wrong here and this type of fighting actually needs more skills and I just suck?