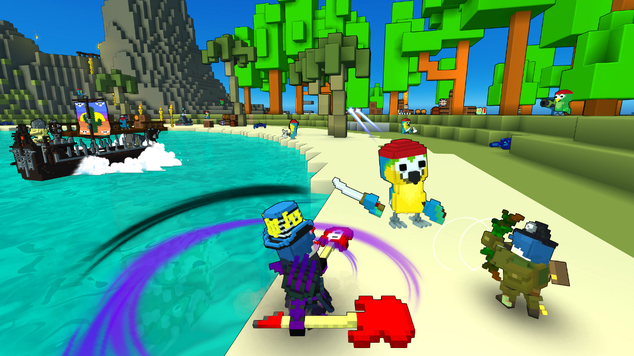 Trove Producer Letter Discusses Road to Launch
The official launch for Trove is right around the corner, and while the team preps for the big day, they also t

The home stretch before any major MMO launch is an exciting time. During this phase we typically see some of the most radical changes and improvements to a game, based on months of feedback and data analysis during beta. With the announcement of the official launch on June 9th, Trove is entering this critical stage as the team preps for the big day.

A new producer’s letter for Trove discusses the next major update set for the official launch, and what the team is working on between now and July 9th. Polishing the game is naturally a major push at this stage, but there are also some new features in the works that will be coming into play as well.

In terms of what is being worked on in this final push before launch, the list includes:

One of the major standouts from the above list – at least for me – is that a refer-a-friend program is already in the works for launch. These still aren’t very commonplace in MMOs, but they really should be. Most often they’ll also come into play long after the initial launch as a means of brining fresh blood into the game while simultaneously rewarding the existing community for its assistance in this area. Beginning this process from the very start of the game is a smart move, and will likely help expose the game to new players right away rather than at some random point further down the road.

Community forms the backbone of any worthy online game, after all.

Be sure to ride your favorite jetpack over to the official Trove website to read through the complete Road to Launch update!