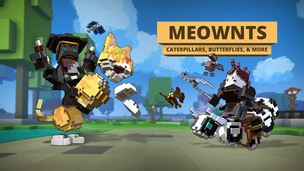 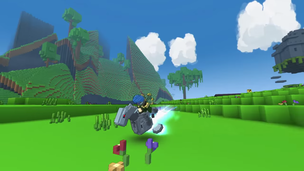 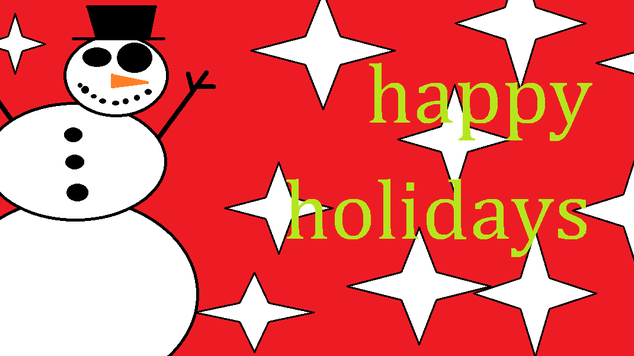 Virtual Hearths to Holiday In
It's that time of the year, and regardless of what you celebrate out in the real world, there's just as much to

As new information is coming out, this article will continue to be edited. Please see the end for Marvel Heroes 2015 information.

It's that time of the year, and regardless of what you celebrate out in the real world, there's just as much to celebrate in virtual worlds. With so many games participating in their own ways, I put together a list of which games are doing what so that you, too, can join in on the winter-time fun. If you need something to distract you from the bulk bag of tube socks you know you're getting from Mom, what better way than to find presents to give yourself in-game? I know I plan on having a busy weekend cruising through several worlds. If you see me around, be sure to say hi!

Firefall's Wintertide celebration has begun and it surprisingly has nothing to do with battling the Chosen. Kisuton, an elf who looks like he's wearing Koopa Troopa's shell for a hat, is sponsoring three different events in Firefall: Snowball Fight, Whack an Elf, and Rocket Sleigh Down. Currently, the Wintertide page does not have information on Rocket Sleigh Down, but it says that daily participation in the event yields extra presents. The Snowball Fight can take place at any of the eight globes found throughout the world. Ranking in the Snowball Fight will allow access to the Kisuton All Stars, which opens up the Whack an Elf event. You'll need a Whack-an-Elf consumable in order to participate, which is a world drop. One will be mailed to you to give you a head start. Wintertide continues through January 6.

Wintersday has returned to Tyria, the annual celebration in Guild Wars 2. Wintersday is a pile of events tied together, starting with The Wonderous Workshop, Toy Maker Tixx's golem-shaped airship. You can save Wintersday with the Warming Grawnk's Heart event, which will reward you with your very own Wintersday Gift Tree for your home. The tree gives gifts year round, and the Star of Gratitude atop it will provide additional rewards in exchange for Empyreal Fragments.

Celebrate the holiday with festive traditions: Leap from snowflake to snowflake in the Winter Wonderland jumping puzzle, ring in the season in Bell Choir, defend gift-bearing dolyaks in Toypocalypse, and store up precious presents in Snowball Mayhem!

Three new collections are available, which will reward you with the Endless Gift Box Tonic. Other rewards you can earn are the new Magnanimous Choir Bell and Rime-Rimmed Mariner's Rebreather. Through January 13, players can participate in the new World vs World event, Sneak Attack. In addition, players can receive rewards just from logging in daily. 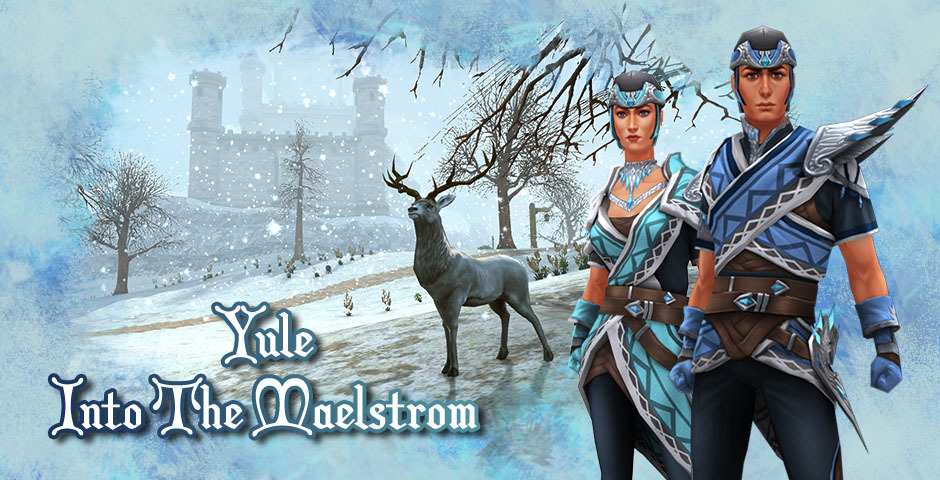 Now that both the Android and the iOS client are both on the One Thumb Mobile's Destiny Engine, Celtic Heroes will be a wintery celebration for all players. Unlike other games, the celebration in Celtic Heroes does not begin until December 25 (running through January 5). Logging in on December 25 and January 1 will yield Winter Gifts, but players will receive presents for logging in daily for the other days. Gifts that you have a shot at winning include winter instruments and even Luxury Wings, which is a mount item. I'll definitely be logging into Celtic Heroes in the upcoming weeks and checking out their Yule Celebration, as well as the first time “Into the Maelstrom,” the winter event, gets celebrated cross-platform. I've written about the game several times, but if you need a quick rundown, just know that it's a free-to-play mobile MMORPG and probably the prettiest mobile game I've played, that really shows how much the subgenre has grown in the past few years. 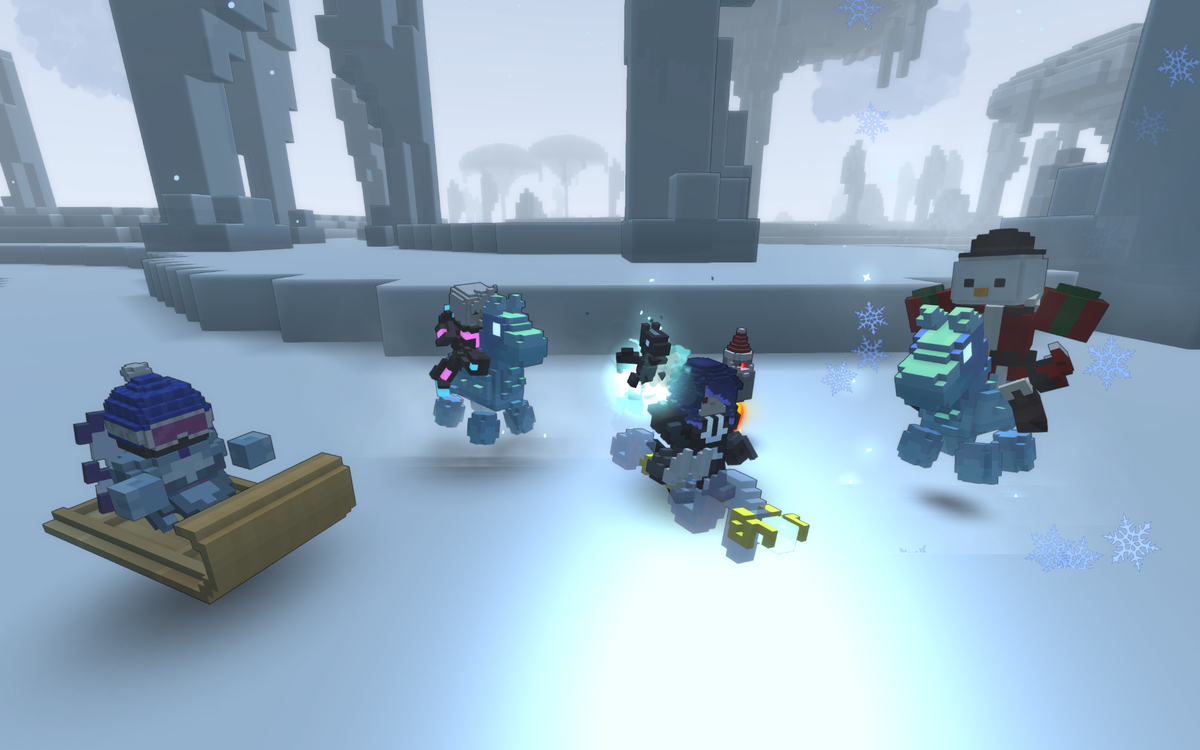 Pretty in a completely different way is Trion World's colorful and adorable voxel-based builder, Trove. I haven't had a chance to check it out yet, but I think now is the time to dig into Trion's latest IP, which is also free-to-play. Snowfest is available now through January 5, which means Trove has been covered in a blanket of snow and there are presents, presents, presents everywhere.

During Snowfest, players will be able to collect Mystery Boxes filled with seasonal goodies by vanquishing Adventure World enemies and completing high-level Shadow Arenas throughout Trove. Each Box has a chance to contain decorative recipes, snowballs, and more - including a rare Snug Snowman Mount and Laden Sleigh Mag Rider. You can also guarantee rare loot drops by opening your Snowfest Mystery Boxes with Golden Keys from the in-game store!

Players can also expect new craftables to go along with the season and plenty of new adorable all around. There's even a gingerbread house! It kind of reminds me of butterscotch pudding, though, so now I'm going to go search for probably the weirdest thing. Everything's adorable, even the class names, and I think I need to finally give in and get into Trove sometime soon. 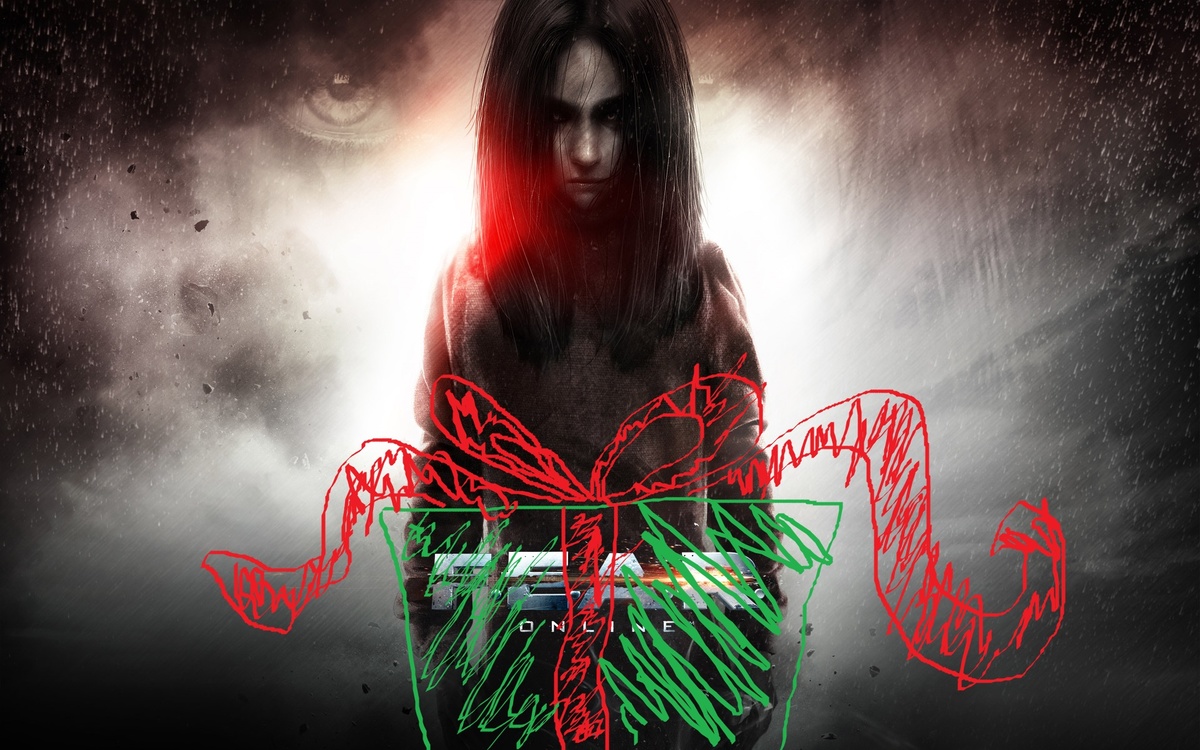 Because we always need to have something to file under weird, why not talk about how F.E.A.R. Online also has a winter...celebration. Aeria Games wants to help players get into the mood for Christmas with their free-to-play horror shooter MMOG. I bet every Christmas they have a SAW marathon just to really get that mood swinging. A new game mode is now available, called Armored Front, which is a “domination-style match in which players can use mechs, vehicle turrets, rocket launchers, and stun chaff grenades to help capture control points. In addition, new weapons like the craftable Vollmer Ultra92 Shotgun and the M4A1 SAS, along with new Psionic abilities such as Curse and Melee Master, are now available in-game.”

Aeria Games is also kicking off a "Twelve Nights of Christmas" celebration to help players get into the Christmas spirit. The in-game event rewards players for logging in during the holiday season. Players are also charged with finding Christmas-themed item skins and fun gear to equip - such as Reindeer antlers and a Rudolph nose.

I'm pretty sure that someone at Aeria has one hell of a sense of humor, because a horror MMO with Rudolph flair is pretty damn hysterical to me. 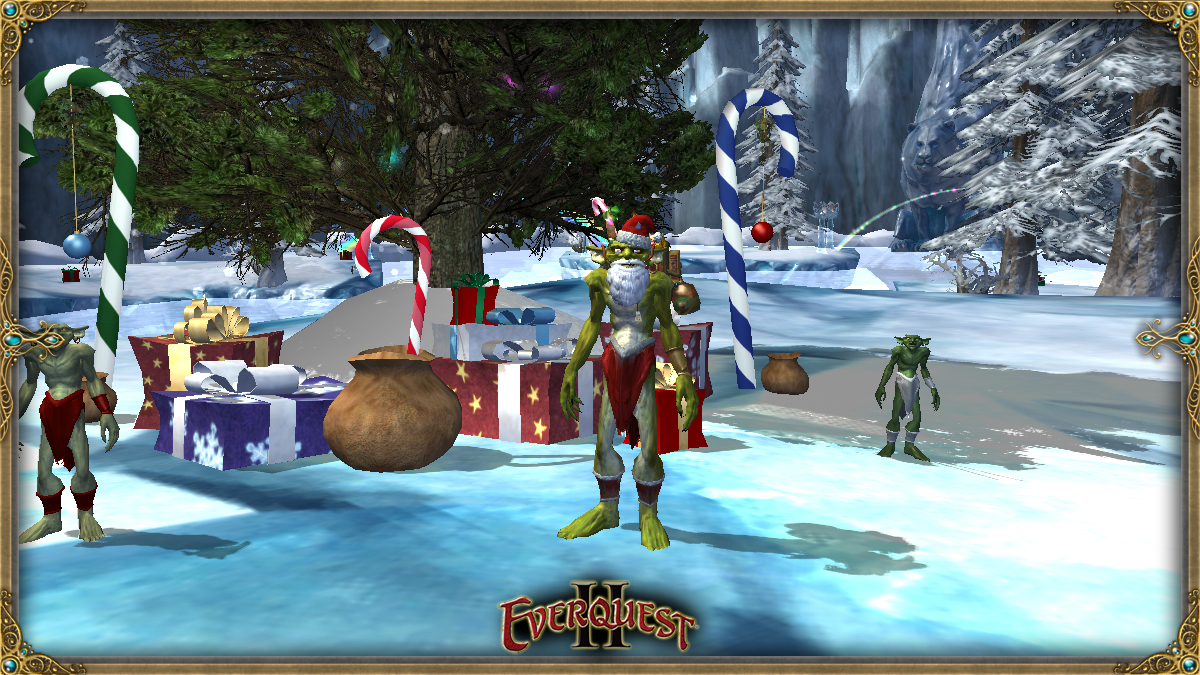 Frostfell has returned to both EverQuest and EverQuest II. Also, today is the last day to sign up for those marketing emails that SOE plans to send out. What the big surprise is, we're not sure, but there are rumors that there will be exclusive Marketplace items available to those who sign up for the emails for their favorite SOE games. I'm waiting for Norrath fun to rain down into my inbox. Enough of that, though, let's talk Frostfell. I've already started the long line of Goblin trickery in Norrath 2.0. I haven't been in the original Norrath for awhile, but each time I write about events, I'm more than tempted. EverQuest is holding a different something special daily, which started on December 12, which mostly means you have different reasons to spend Station Cash in the Marketplace. Over in EverQuest II, there's tons of winter themed quests that will let you save Frostfell and deal with that pesky Gigglegibber. Permafrost is also, once again, the official dungeon for adventurers who want to celebrate Frostfell with a sword and shield. The celebrations in the Norraths run through January 8.

Oh hey, I bet you thought that we'd get through this without mentioning the monolith of MMOs, eh? Not quite, buddy. Winter Vale returns to Azeroth, so if you want a purple Proto Drake – you know, for that day somewhere down the line when you can eventually fly in Warlords of Draenor – it's a good time to log into World of Warcraft. I know I had reported before that flying would be in with patch 6.1, but since then, Blizzard has decided to hold off. From the Reddit AMA, they stated that now it will not be in with 6.1, but they are reworking the flight paths to make them more streamlined. Me, I just want a permanent flying reindeer mount, even if that means I can't take to the skies with it in Draenor for a few more months.

What games are you playing over the next couple of weeks? Me personally, I plan to hit quite a few on this list! Frostfell has always been one of my favorite things in EverQuest II, so I think I'll be working on getting that done, but I also really want to check out Yule in Celtic Heroes, as well as do that WoW thing. 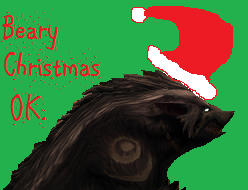 Gazillion just sent a fun email stating that the 12 Days of Winter has started in Marvel Heroes 2015, which is kind of like an advent calendar. Each day unlocks something new, but until that day happens, it will be a mystery. This promotion started on December 13, but it just came into my inbox, so this information will be a few days old by now. To see what you've missed so far, head on over to the promo page for the festivities and have a look! I'm crossing my fingers for ridiculous holiday skins for heroes.

In the most recent patch notes, details of the new Directive and other wintertime fun was added in:

Fun little free-to-play browser MMORPG Eldevin, which is also available through Steam, has announced its winter event: Icicle's End, which runs now through January 8. You get to journey to a wintery log cabin during the questline, and somewhere down the line, you even get limited pet just for the season. Head on over to the official site for more information regarding Icicle's End.

The Winter Maiden Festival is now in full swing, which comes with your very own Winter Tree to decorate. I wish larger images came with their announcements, but since they don't, head over to this page to check out the pretty awesome header image they have. I want a Santa costume and a lollipop weapon. That's pretty cool.