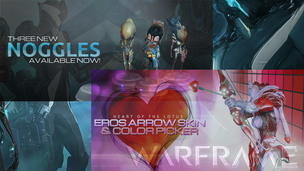 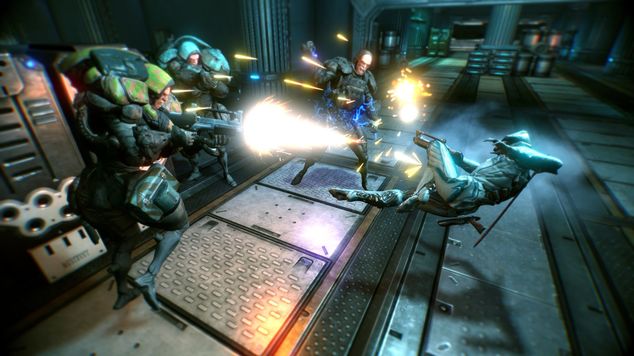 Its a going to be a big and busy time for Warframe this week. Thanks to a new publishingdeal, the free-to-play space ninja multiplayer title has just launched on the Bigpoint gaming portal, offering instant access to its more than 330 million PC players worldwide. Bigpoint offers access to players in 200 countries with more than 180 payment methods, a nice option for any free-to-play game.

You can visit the Warframe Bigpoint page for more. If youre planning on picking up a PlayStation 4 this week and want to try Warframe, be sure to sign up for the free pre-order pack.

We are proud to add Warframe to our online portfolio and believe it has huge potential to become one of our most played games. Warframe boasts incredibly rich graphics and a spectacular gameplay experience with close combat mechanics as well as a fantastic co-op mode, says Marcus Behrens, Head of Publishing at Bigpoint.

Through Bigpoint, Warframe is linked to more than 180 payment methods for 200 countries and will be promoted to a core audience via the Bigpoint.com website as well as via online advertising and social media. In addition a dedicated, multiphase customer relationship management campaign will raise additional awareness among all Bigpoint gamers.

Bigpoint's position as a world-leading F2P online expert gives us exactly what we want for the game: direct access to really engaged gamers all over the globe. We have put our heart and soul into this game and we want only the best for it. We are confident that we have created an extraordinary piece of entertainment which offers these sophisticated players a great gaming experience, says James Schmalz, CEO and founder of Digital Extremes.

Warframe® is a cooperative free-to-play online action game set in an evolving sci-fi world. Join your friends in player-versus-enemy raids across the solar system and master the power of the Warframes. Stand alone or fight together against enemies that threaten your world.

Created by Digital Extremes, this online action game is currently available on PC and will be a Day 1 launch title on the PlayStation®4 computer entertainment system.

Bigpoint (www.bigpoint.com) is a leading online game developer and publisher worldwide. Headquartered in Hamburg, Germany, Bigpoint designs high-quality games for all gamer segments published on bigpoint.com, as well as by more than 1,000 international distribution partners and media companies.

Employees from 35 countries use state-of-the-art technology to transform the industry with innovative gaming concepts, while setting international standards to fulfill the expectations of more than 330 million gamers in over 200 countries.

Every one of the 50 online games in Bigpoint´s portfolio is free-to-play and includes a customized micropayment system for each game to allow users to make micro payments to speed up their game progression.

Many of the titles have won various international prizes and audience awards, such as the MMO of the Year 2013 for Rising Cities and the Best Browser MMORPG 2012 for Drakensang Online.

In addition to its headquarters in Hamburg, Bigpoint holds a development hub in Berlin and maintains a presence throughout Europe and in the USA for distribution purposes.

For more information and press material, please visit the press area at www.bigpoint.net.

Founded in 1993 by James Schmalz, Digital Extremes ranks as one of the worlds top independent development studios in the interactive entertainment industry. The Canadian-based developer has a rich history in developing some of the industrys top first-person shooter and action games.

Originating with the co-creation of Epic Games multi-million unit selling Unreal® franchise including Unreal, Unreal Tournament  and all its iterations -- and continuing with such hits as Dark Sector®, BioShock® for the PlayStation®3 and the multi-player campaign of BioShock 2.

Most recently, Digital Extremes earned critical acclaim for the development of first-person shooter, The Darkness® II, based on the comic book series of the same name and the use of its proprietary technology, the Evolution Engine.

The studio is currently developing and publishing the Free-To-Play action game, Warframe®.

For more information about Digital Extremes, visit the company website at www.digitalextremes.com.