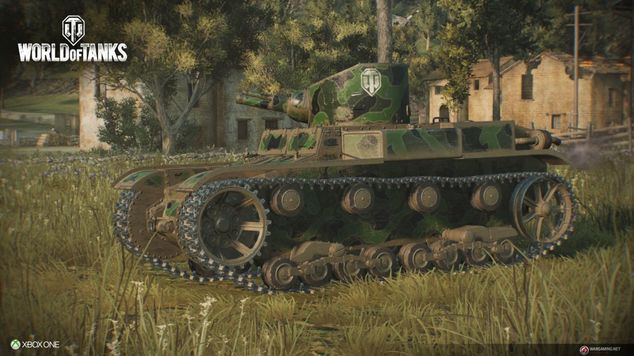 If you have an Xbox One, then you can hook up with the beta event running this weekend for World of Tanks. This event comes with some cool bonuses that can be used later on, so there is some big incentive to play this weekend (including an exclusive camouflage).

All players taking part in the two day Beta event will receive special bonuses, including the Premium American Tier 3 M22 Locust light tank for logging into the game. Those players who already own the tank will receive, instead, 180,000 in silver, as well as one garage slot. Wargaming will also be giving players extra experience during the Beta testing period. Between the hours of 11:00 to 14:00 PST on July 11–12, all players who login and play will receive a 2x XP bonus on all battles and a 2x Battle Operation to be used later.

Finally, all players who download the game prior to its July 28 release date will receive at launch a free Premium light tank, the American tier II T1E6-X1, emblazoned with an exclusive World of Tanks shield emblem, as well as an exclusive camouflage.

So, if you like historical tank battles and you have an Xbox One, or want to try something cool and free (assuming you have Xbox Gold) then download this right now, this very second, because it's awesome. The Xbox One version, as far as I know, is as close to the PC version as it can get, so I can't really tell you anything new. I could technically dance for you, but that won't translate well to the Internet. So let's talk about World of Tanks.

World of Tanks is a tank game in which you pilot a tank. A lot of people love it because while each battle takes a few minutes to get going, even if you lose (which some people finish every map alive), you get to hop right back in. The tanks are super historical, and it's a lot of fun if you have a group you want to play with. A few staff members love it and I have lots of friends who enjoy it as well. So if you don't have an Xbox One, feel free to look at it on the PC. It's a lot of fun if you're into it, and if you're not, Wargaming has both planes and boats to entice you into their gaming network, with boats being actually a lot of fun to me. Of course, this is one of those acquired taste things, not everyone will agree - but I will say that it's my personal opinion that World of Tanks is good for what it is.