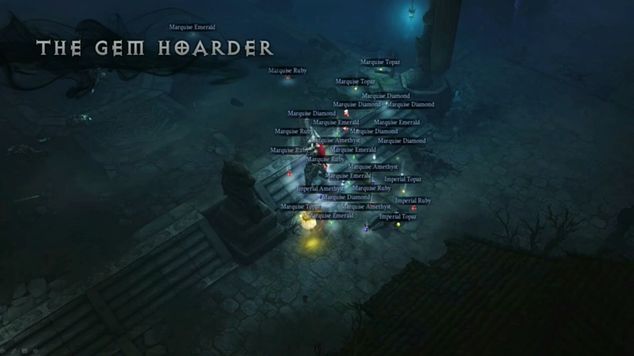 At BlizzCon 2015 the Diablo 3 panel focused on the upcoming patch 2.4 and all of the new goodies coming up. While some things aren’t specifically new, there was some more in-depth details especially about the new enemies, zones, and more.

Patch 2.4 will launch on the PTR next week sometime, and then we can expect the patch to come shortly thereafter. 2.3B will appear on Monday and Blizzard asks everyone to help participate.

One big announcement, you can now have more stash tabs, with 2.4 giving one tab (at half a million gold). Plus you get a new stash tab per season journey. You can have up to 10 stash tabs on PC. Console players will move from 210 slots to 350 slots.

The new zone will be called Greyhollow Island. It’ll include seven new events, adventure mode friendly storytelling, and new enemies. The new enemies shown was the Bone Breaker, a bit different than the yetis that came with Sescheron (this is a Sasquatch), and then the Flesh Harvester and Amputator (which is just more creepy stuff). Following along with that, there will be the new Glowing Death which basically spews wasps at you. Really angry wasps if you accidentally attack it or it gets busted open. 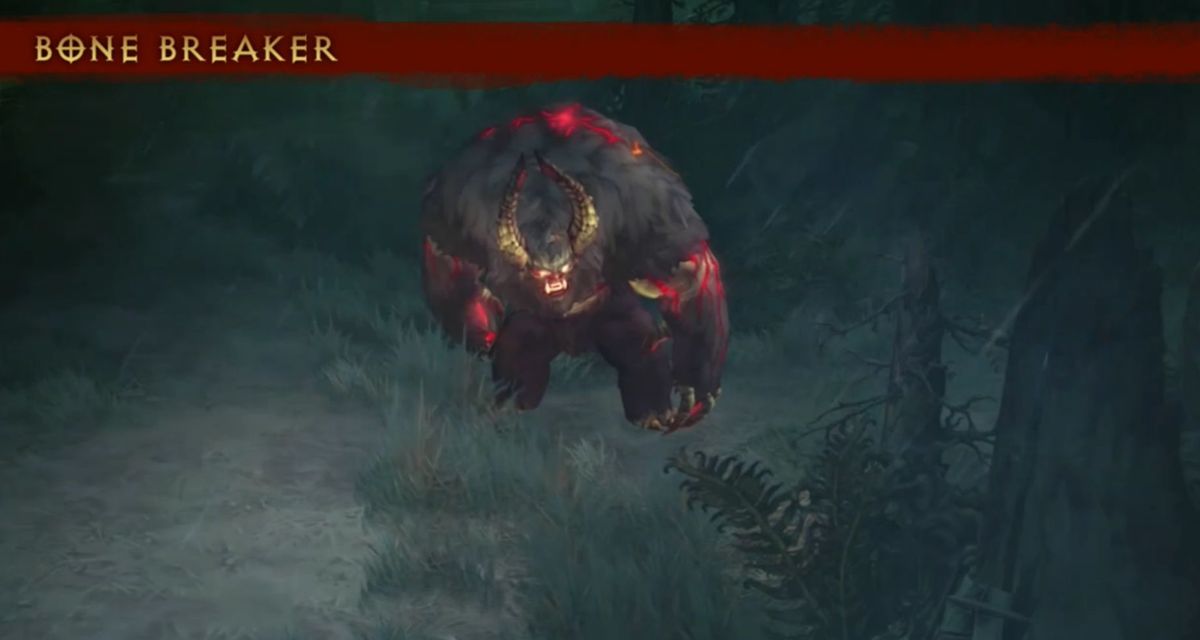 Couple of new items coming, like the Twisted Sword that summons tornados when you hit. Lots of new set pieces are coming, including a guaranteed set for season 5. 50+ new legendary items, 10 revised sets, and 24 new set dungeons will be coming.

There will be 175 new bounties in Acts III, IV, and V, along with new standard events and bounty grounds.

Bounty Grounds (which I assume is bounty + hunting grounds) show up as red portals. They’re small enclosed worlds which will in this patch have six variations, with four total bounties. The first one is cursed shrines, where you’ll rush around trying to collect shrines without dying. Fast enough and you get a chest. In another bounty ground, you’ll need to purge all of the Shaman, but there is lots of Fallen trying to resurrect them. Burrowers will feature the gameplay of treasure goblins without the loot. Burrowers will be running away from them, you have to kill it before it disappears. The last one is Champions, which will have you kill 3 packs of Champions.

This isn’t a complete list of all of the bounty grounds features, but a good preview of what’ll be happening.

Lots of new game updates are coming. For instance, skills that are active will now glow and their duration will appear on their skill bar. You’ll also be able to condense buffs into a buff holder. That way you know what buffs you have are active and you can condense other buffs into the buff holder, so you can hover over it and see it.

They addressed concerns about solo players versus co-op players and how co-op players have a strong advantage. This was rebuked with the notion that Diablo 3 was built from the ground up as a co-op experience. They're going to try to pull in the gap between solo and group content.

They’re going to reduce the health of monsters in greater rift for smaller groups. Bonus XP will also be nerfed at level 70. For instance, the ruby will be 4.1% XP at level 70. In exchange, they’ll be increasing monster XP across the board, and give PC players the kill-streak massacre bonus, giving around 1.5 to 2.0XP. This will help you wear the gear you want and not focus on stacking XP affixes.

Kanai’s Cube is getting a new recipe. You can augment an ancient item with a legendary gem and other various gems you added. You’ll get 5 base stats (based on the gem) for every level the legendary gem is at.

Lots of new updates. Damage numbers will be truncated. Pools of Reflection will get better tooltips. You’ll get an indicator when you’ve cubed an item. You can also compare followers gear.

Rebirth will be coming in season 5. You can keep your character, your records, XP, items, etc. Everything you have from the previous season will be mailed to you, records will be saved, etc. Then at the end of the season, you get all of your items, XP, etc. back and it stacks with what you gained from the season.

Season length is important. Season 4 will end sometime in December, with two weeks of notice. They’re going to take a few weeks between seasons. They’ll get some time for everyone to play together, without the season locking people around.

Season 5 will last 3 months and if that works well, it’ll stay that way forever (or until they decide to change it). There will be new season journey objectives. They’re increasing rewards. They’ll boil it down to what rewards everyone wants per cycle. Portrait frames, pets, etc. will be increased because they’re popular. A pennant and wings will come in future seasons.