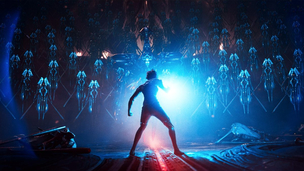 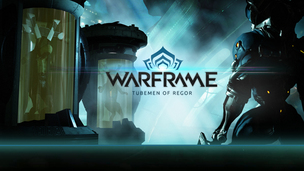 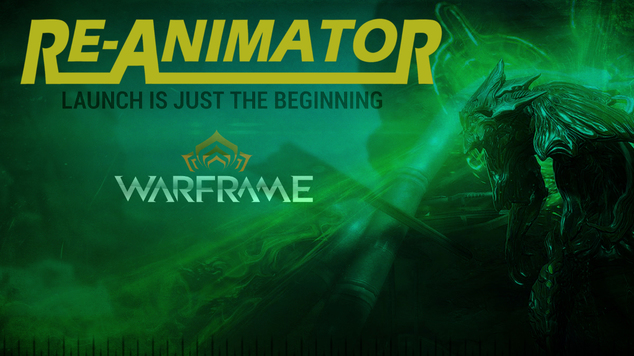 Re-Animator: Getting Back Into Warframe
Re-Animator is a new, semi-regular feature in which Sardu revisits post-launch MMOs and social online games to

Having participated in the closed beta and through the initial launch of Warframe, I knew that developer Digital Extremes had something special on its hands. On the surface level, Warframe is a cooperative third-person shooter with plenty of progression hooks that would appeal to core MMO gamers to a certain degree. What Warframe lacks in persistent open world environments, it more than makes up for by injecting a strong combo of skill-based movement and melee combat into the mix.

Getting back into the game recently, I was pleasantly surprised at how far the game has progressed since launch. With a large and very active community across PC, PS4 and Xbox One, Warframe has far surpassed my initial expectations. In many ways, the current state of the game evokes a very strong comparison to the original Guild Wars.

While the overarching story and setting do tend to lag behind what ArenaNet managed to assemble for Guild Wars, what is perhaps more important here is the overall consumption model. Warframe and Guild Wars were not created to be core MMOs, yet in both cases that is largely how they were adopted and consumed by gamers. 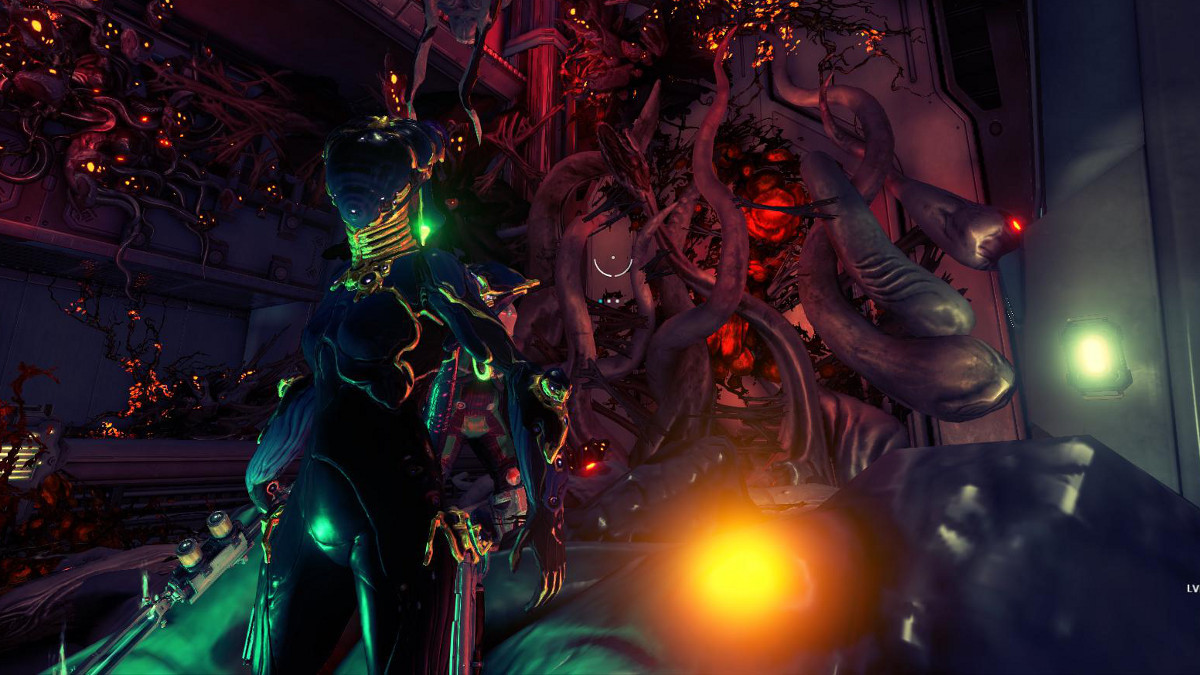 Perhaps my favorite aspect of Warframe since returning to the game has been the Void missions. Having played a disturbing number of missions against the Grineer and Corpus factions from the very beginning, the Void offers a sexed up version of what you’d otherwise find in the planetary progression. The mission types are a shared currency, but the inclusion of an enemy faction that doesn’t make a beeline to the nearest console to sound the alarms at the first sign of conflict is a big plus in my books.

Another major plus is how Warframe features progression systems on both a micro and macro level. On the one end of the spectrum you’ll be pushing to advance and refine the various warframes, weapons, mods, sentinels, and kubrows (think space dogs that hatch from eggs) you acquire through active play. At the other end you have not only an overarching Mastery level to progress, but can easily get sucked into a seemingly never ending amount of min-maxing to find the perfect combo of warframe, weapons, and mods for a given mission or enemy type. 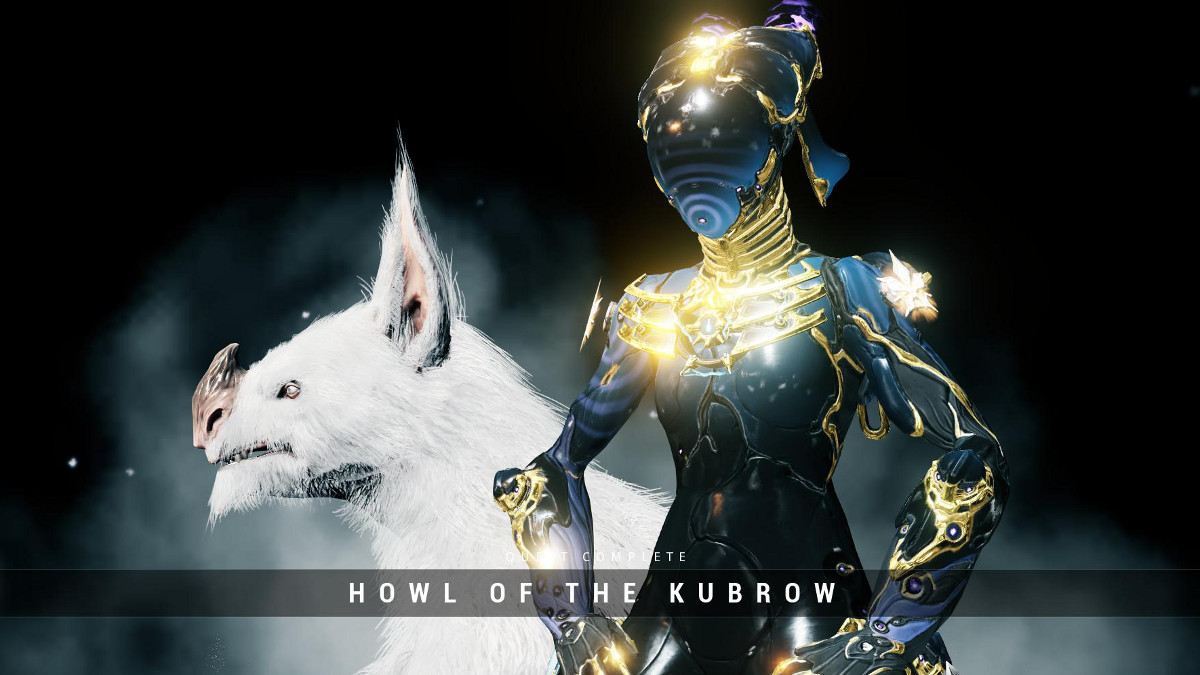 Part of the enjoyment of running Void missions is the pursuit of blueprints and components to craft Prime versions of various warframes and weapons. Prime gear in Warframe bears a loose analog to epic raid gear found in more traditional MMOs. It provides that layer of having gear that is more difficult to obtain, but in most cases tends to be worth the extra effort involved.

My most recent acquisition is the Nova Prime warframe (featured in the images throughout this article), though I ultimately had to do some trades to get a couple of the necessary components to craft it. The improvements over the standard version of Nova may be subtle, but also helped give me a better understanding of how much depth Warframe offers in the progression department. 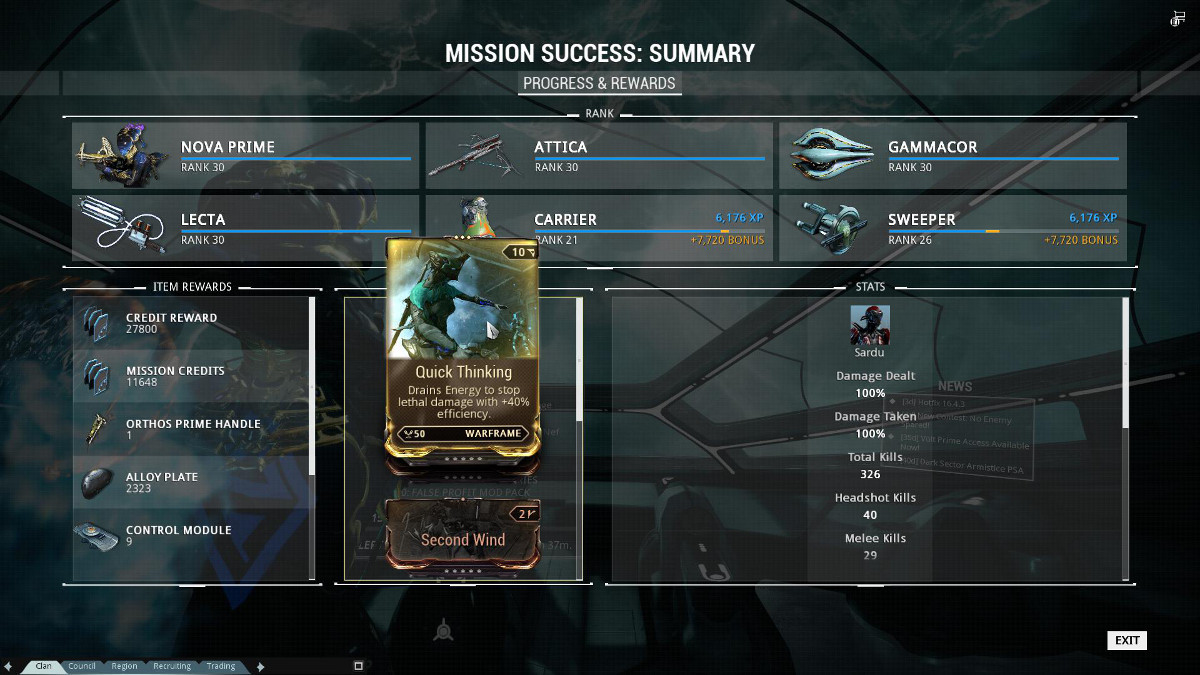 The Passage of Time

Warframe is a game that I took an immediate liking to from my very first closed beta session. At that point I considered the game to be a diamond in the rough. And while there are still a few areas that could use some extra polishing, Digital Extremes has done an excellent job of refining Warframe with regular updates that add new gear and features at a fairly aggressive pace compared to most of its contemporaries.

Based on the current state of the game I would consider Warframe to be a far superior game than Destiny, even if the latter does have the benefit of massive marketing hype behind it. In many ways I see Destiny as a slightly watered down version of Warframe that lacks some of its incredible movement and melee potential. While there are no doubt legions of Bungie fanatics that would disagree, I firmly believe that Digital Etremes has simply crafted the superior online gaming experience.

Warframe has become a staple of my gaming obsession lately, and I consider it a shining example of the new breed of social online games. While it may never follow directly in the footsteps of more traditional MMOs, it also isn’t exactly what you’d expect from a cooperative third-person shooter either. Instead, it manages to occupy the space in between quite nicely, and has only managed to improve with time.